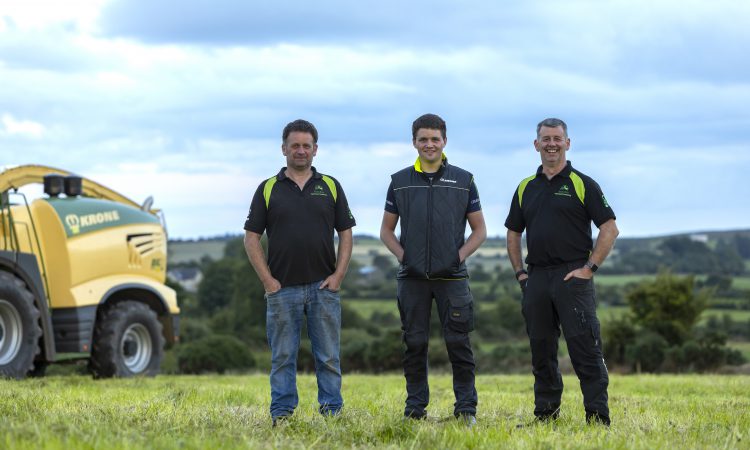 Bryan Bros Agri Contracting is a business based near Fermoy, Co. Cork. Started by their father in the 1960s with only a single-chop silage harvester and one John Deere tractor, Alan and Stuart took over the business in 1990 and built it up to where they are today.

They concentrate mainly on silage. Stuart stated: “If we could cut grass 12 months of the year we would”, but slurry, a bit of tillage and maize also form a portion of the work for the Bryan Brothers.

‘We’re never stopped with this machine’

Alan is the driver of the Big X 780 and is delighted with the simple features as well as how the machine performs.

He explained: “The lights move with the flap. The other machines don’t have that and when you’re filling a trailer at night-time, you want the light pointing where the chute is pointing; or you press a button and the chute parks itself home. Simple things like that…what other machine has back-axle suspension? None of them.” 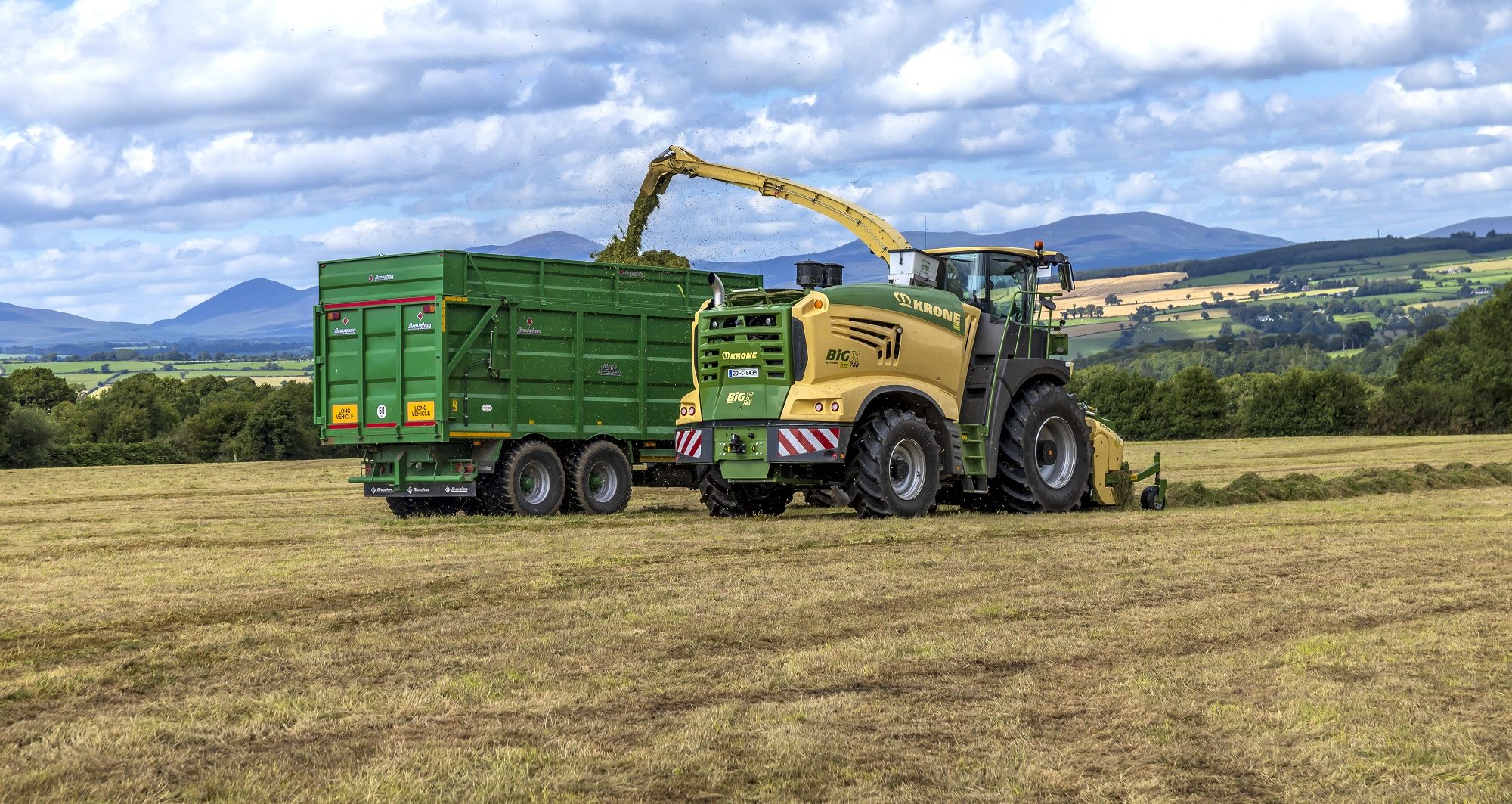 Stuart continued: “Farmers don’t roll ground as much anymore so there is going to be stones, but we don’t seem to get any bother; the Big X is just very good with those kind of things.

“We were cutting silage one day and picking up nothing but stones and we said we need to go home, we’re in trouble here – our knives must be in bits.

“Well we got home and opened the front of the machine and the knives were perfect; that told us then we had the right machine. Downtime is a big factor; time is too tight you can’t be stopped but we’re never stopped with this machine.” 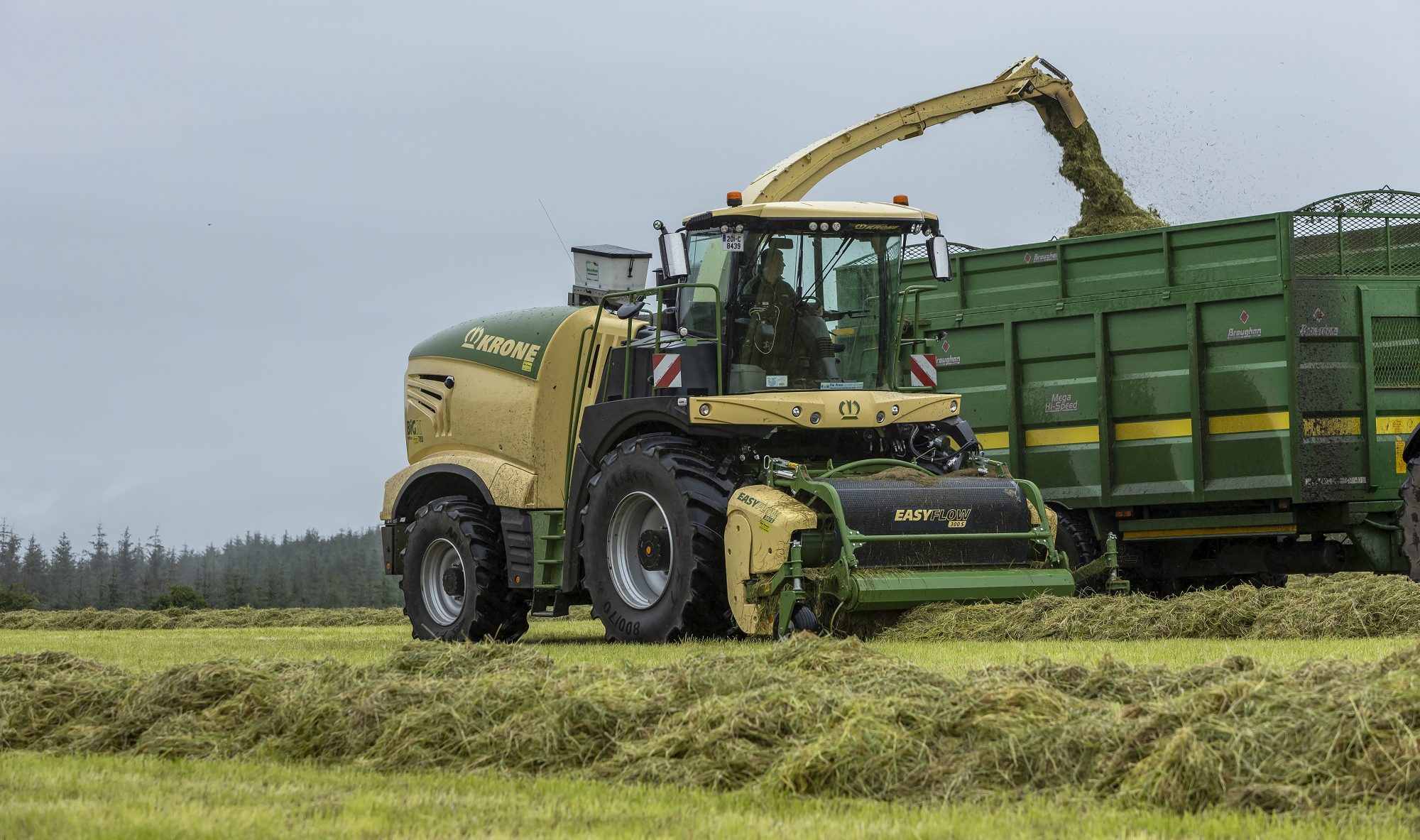 Alan continued, saying: “I find the Big X way more superior when it comes to lumps. A lot of customers down here want us to rake and toss out the silage and it creates a lot of lumps, but this machine can handle lumps no problem at all.

“I don’t think there is another machine on the market that can handle lumps as good as this one.

“There is loads of power but what makes it is actually the VariStream. When a lump goes in all the plates can spring in and out, so allow the lump to go in and up the chute comfortably – its built into the computer system that it won’t allow itself to block.

“If a load comes on it the machine dies back and the pick-up will actually stop itself and protect itself from chocking – it’s a great job!” 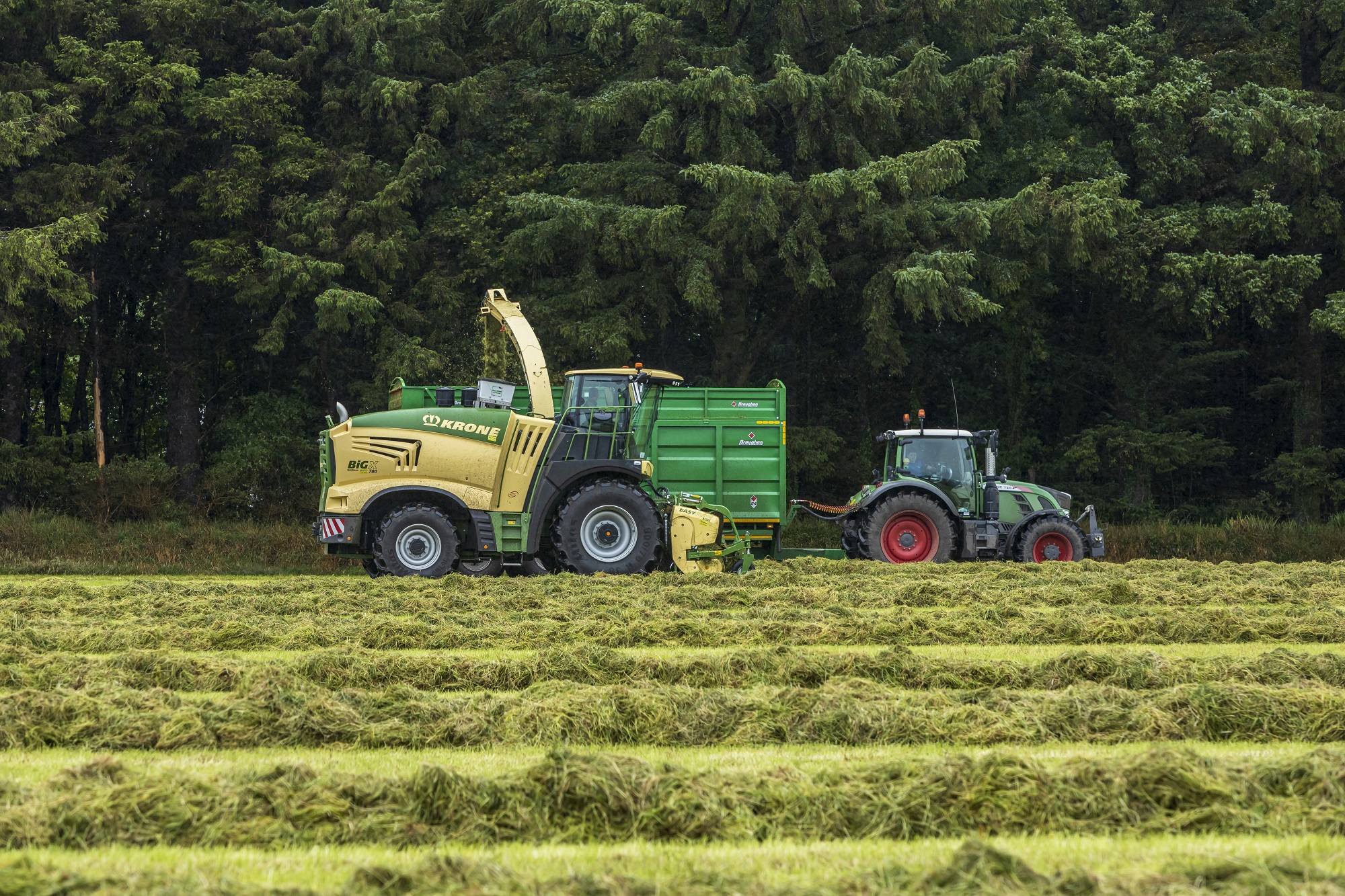 Alan further explained the value of the harvester:

“The Krone is good value for money, but the main advantage is fuel consumption. We run this Big X picking up 50ft swathes and we’re burning 4.5L of diesel an acre.

“The nearest competitor to this harvester in another colour, we won’t mention names, is burning 7L/ac – I’m told by a good friend of mine – that’s massive. 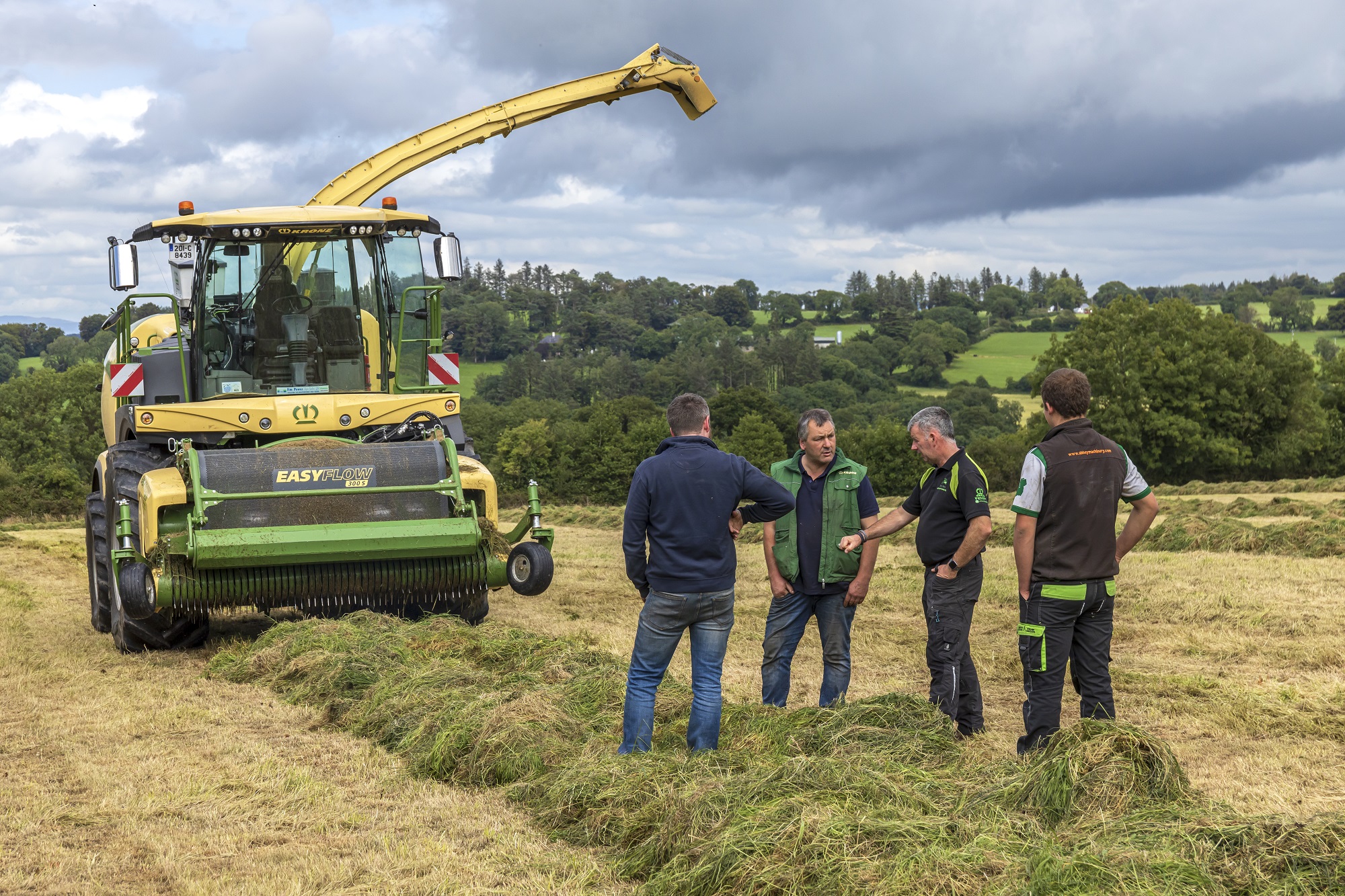