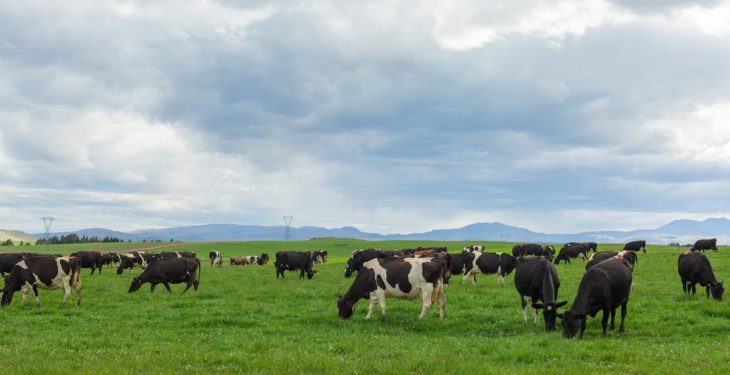 Born and bred in Whangarei, New Zealand, Chris Procter knew he was going to do two things in life – play sport at the highest level and own his own farm.

In 1982, after completing the Waikato Farm Cadetship Scheme and a scholarship in Massey University, Chris returned to manage a farm for his parents in Cambridge, New Zealand. After spending three years here, a severe downturn struck the dairy industry.

Taking heed of advice from his father, who said: ‘When everyone starts going in one direction, it’s time to turn around and go in the other’, Chris decided to invest in the dairy industry.

In 1987, he purchased a high breeding index herd of 220 cows for NZ$55,000. Chris managed this enterprise as a one-man show and, by the end of his first year, the value of the cows had increased to NZ$600. With this, he started looking for other opportunities.

After two years, he managed to secure a 500-cow dairy conversion near Matamata.

“I expanded the herd to over 600 cows in five years. I also purchased large numbers of young, high genetic worth empty cows for cull cow value and grazed them on a rough block of land.

Seven years of share farming and my original cows had increased in value from NZ$250 to $1,200 and total livestock numbers had increased to 1,000.  I was even happier and so was the bank.

A move to the South Island

After share milking for a number of years and having built up assets, Chris put the wheels of becoming a farm owner into motion.

“My long-term strategy was to be a farm owner and to have such a scale to enable me to move out of the cow shed by the time I turned 40.

“To do this I realised I would have to move away from Waikato, where land prices were double that of the South Island.

“In 1992, I made trips to the South Island and looked at Southland and Canterbury. In 1993, we signed up for a dairy conversion on a 215ha, flood-irrigated farm (Tara) 10 minutes from Ashburton.” 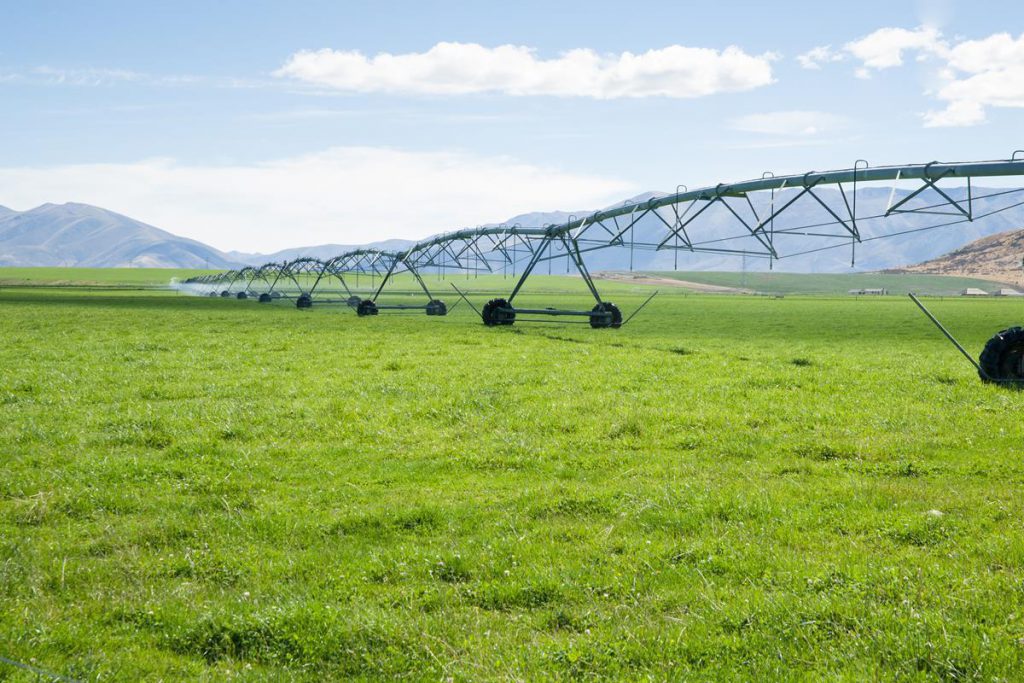 He added: “Some people thought I was crazy when I purchased Tara. But, at 34 years-of-age, my reasoning was that if everything turned pear-shaped, I was young enough to start over again. Also, the farm had tremendous potential so I backed myself.”

Given budget constraints, no reseeding or new fencing was carried out in the first year. Instead, Chris managed a 380-cow herd as a one-man show for the majority of the year. Over the next two years, herd size increased incrementally from 380 cows to 700 cows through the addition of a neighbouring block.

At the age of 40, and with a young family, Chris opted to make a move in another direction.

It had been an intense 12 years of physical and mental effort and I knew I was approaching burn out. I enjoyed the land, but I wanted to work smarter. We built another house for a farm manager and eased myself out of the cow shed.

With the load of milking cows lifted, Chris began to educate himself in property investment and in 2003 he decided to invest.

“I found a property leased to the New Zealand Government which had 4,500m² of office space with a bank next door also for sale as well and which we also purchased.

“For a first property deal it was rather large, so I approached two friends to join me in the purchase. It was yielding 11.6% and interest rates were 8% and heading south, so it was purchased for NZ$5.6 million.

Chris also started to look at agricultural investment opportunities in Australia in 2007. After a number of trips, he found a small, 133ha farm (Oamarua) 20km from Mount Gambier. This farm had 95ha of irrigation and a 40-bale rotary parlour. 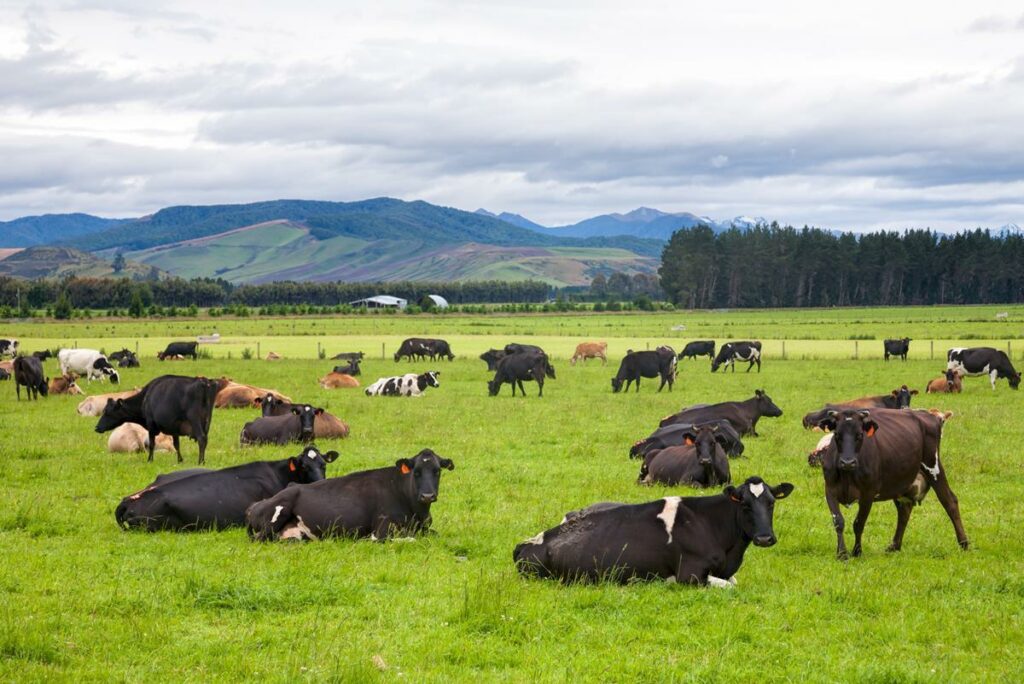 After forming a partnership with two other farmers, Chris purchased the holding.

Three years after the initial purchase, additional land was brought into the system. All-in-all, the farms under the partnership now produce a combined total of 500,000kg of milk solids from 1,025 cows on 290ha (240ha are irrigated).

Bumps along the way

In 2010 and 2011, two separate earthquakes hit New Zealand and two commercial properties didn’t survive. At the same time, his marriage was breaking down.

“It took three years to unwind the financial side of the marriage as well as working through the fallout from the commercial property group and the house.

“In 2013, I decided to sell Tara. Land prices were crazy, fuelled by the $8/kg milk price. So I put the farm on the market and I went to Africa for seven weeks of climbing, tramping and kayaking.

“I needed time to think and my timing could not have been more perfect. The real estate agent had an open day and 40 people turned up and resulted in 12 tenders for the farm.

The NZ$2 million dollar investment had grown to NZ$15 million in 17 years. At the time, I wasn’t to know what was going to happen to the milk price six months later.

“At the same time, we had finalised the claim with the insurance company on the commercial property. The NZ$5.6 million investment had now netted us NZ$16 million in 10 years, plus very good dividends.”

Back to his roots

At 55 years-of-age, Chris moved back to Mount Gambier and purchased a rundown 244ha farm (Lesper Park).

“I replaced the fences, races, water supply, ploughed the farm up and new species of grasses went in.”

The hardest part, he said, was actually finding the cows and they ended up coming from 17 different lines with no ages, production figures or calving dates.

However, the performance achieved during the first year of production were astonishing and 335,000kg of milk solids (540kg/cow) were sold. 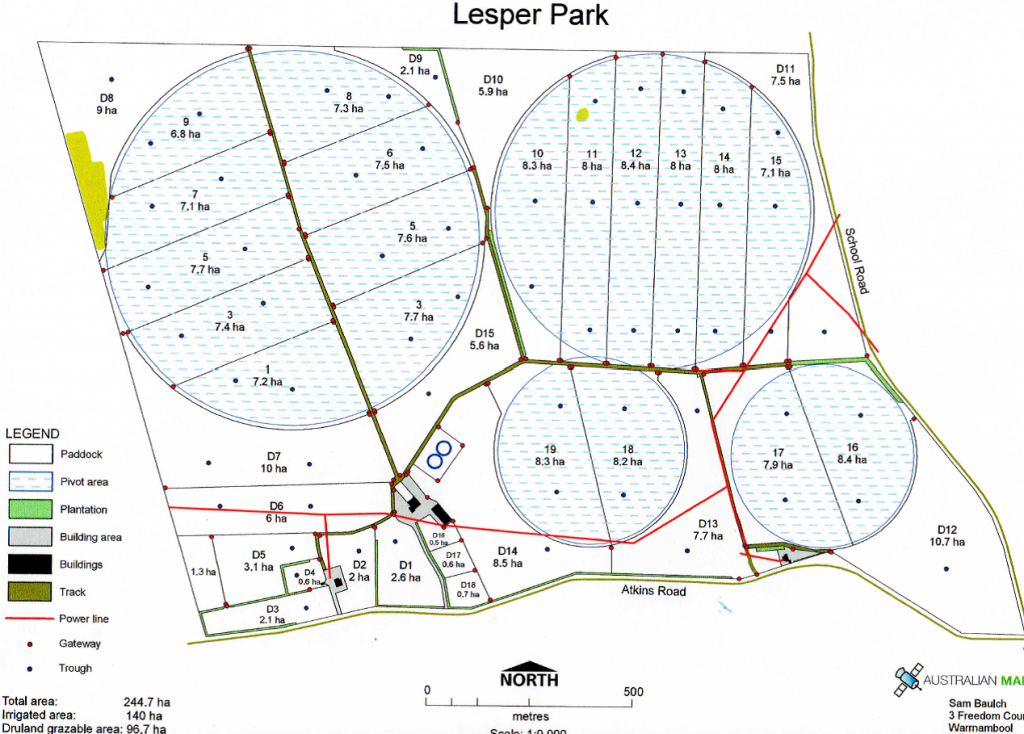 In July of this year, Chris also purchased a fully-developed farm 15km from Lesper Park. This farm, called Wotton Park, is managed by Sean Durcan and consists of 270ha with 145ha of centre-pivot irrigation and a 25-unit, double-up parlour.

“I purchased the cows on the farm which has an autumn calving component. I am in the midst of changing this to a solely spring calving herd. It will produce approximately 330,000kg of milk solids this season, with a look to moving towards 350,000kg,” he said.

Chris recently established an advisory board for the business, which consists of his three sons – Matt (27), Jason (25) and Talor (22) – and his accountant Nigel Pannent.

“I have been given the green light by my family to carry on doing what I am doing. I currently have a conditional contract on another 600-cow farm. There’s a little bit more due diligence to go, but I am hopeful of a takeover on July 1.

“As long as I can get great people around me, I will continue to do this. These great young farmers I work with keep me young and motivated. I don’t buy farms to be the biggest boy in the room. Life for me is much about outside farming. But, my sons, climbing, adventure, travel and fitness are just as important.”

Chris Procter is just one of the many speakers who will speak at the upcoming Positive Farmers Dairy Conference on January 10 and 11 in Co. Cork. 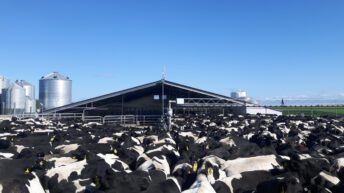 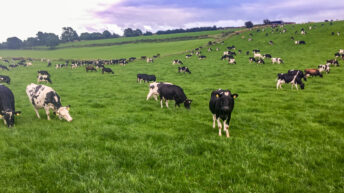