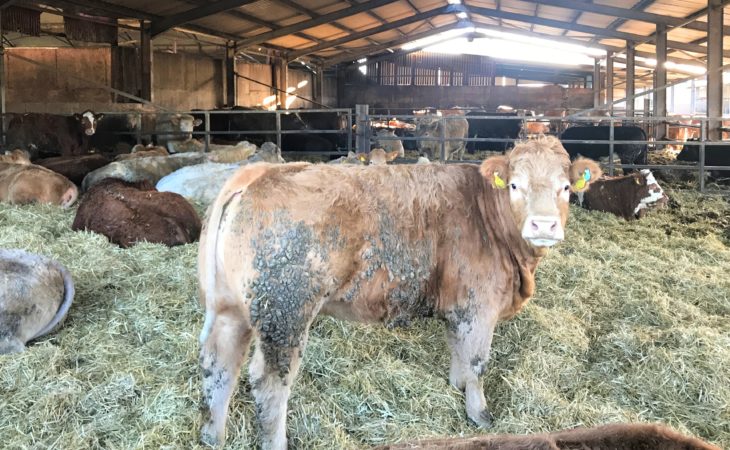 The vast majority of farmers supply cattle that are clean and acceptable for slaughter under the Clean Livestock Policy (CLP).

However, with the longer than planned winter and the high price of straw, farmers may have come under pressure with regards to cattle cleanliness.

According to Teagasc, sending dirty cattle to slaughter increases the contamination risk from harmful bacteria.

Clean cattle at slaughter minimises any risk to human health and plays an important role in maintaining the highest standards in safe meat production.

Beef producers, Teagasc says, who deliver clean cattle for slaughter are playing their role in the production of a safe food that consumers can have confidence in.

What factors play a role in the cleanliness of housed cattle?

A study was undertaken at the Agricultural Research Institute of Northern Ireland (AgriSearch) to examine the factors affecting the cleanliness of housed beef cattle.

The on-farm study involved cattle in 164 houses – on 133 farms – across Northern Ireland. It took place between early December and mid-February over two consecutive winters. 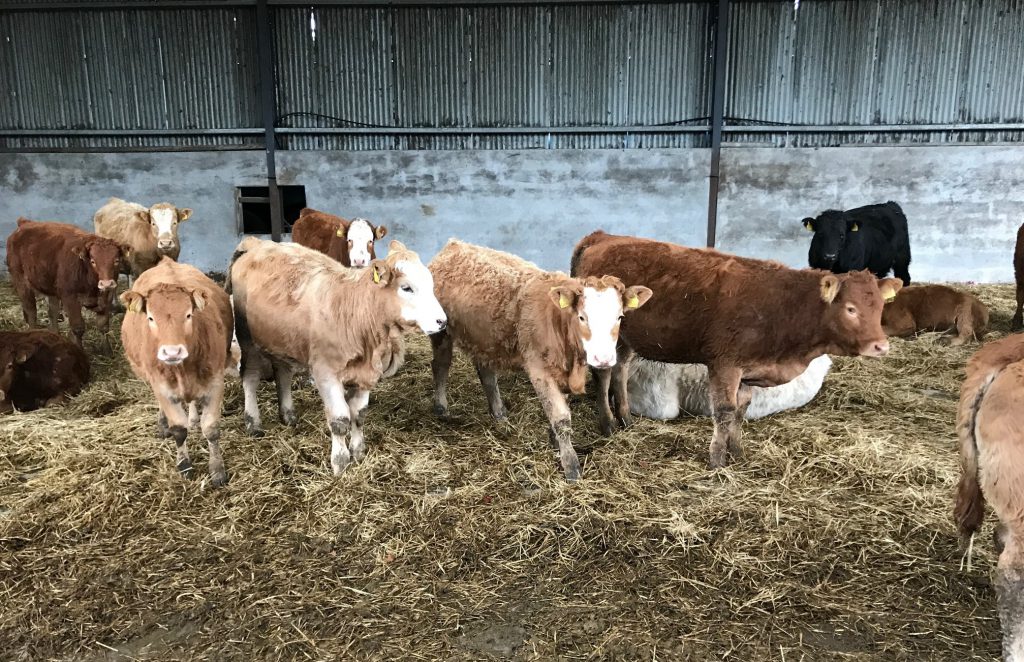 Housing was assessed for ventilation; pen size; number of cattle per pen; length of time housed; and floor type (straw or slats). Dietary factors measured included: harvesting method and date of all forages fed to animals; and type and method of feeding concentrates.

In addition, general details and management factors included: gender; parasite treatments; and which – if any – parts of the animal had been clipped at housing.

Animals in slatted accommodation were dirtier than those housed in well-bedded straw systems. However, cattle in poorly-managed bedded units were extremely dirty and, naturally, animals were dirtier as the length of time they were housed increased.

Increasing pen size and the number of cattle per pen reduced dirt score, while increasing the stocking density in slatted units did not produce cleaner animals. However, slatted pens should have a minimal proportion of solid floor. 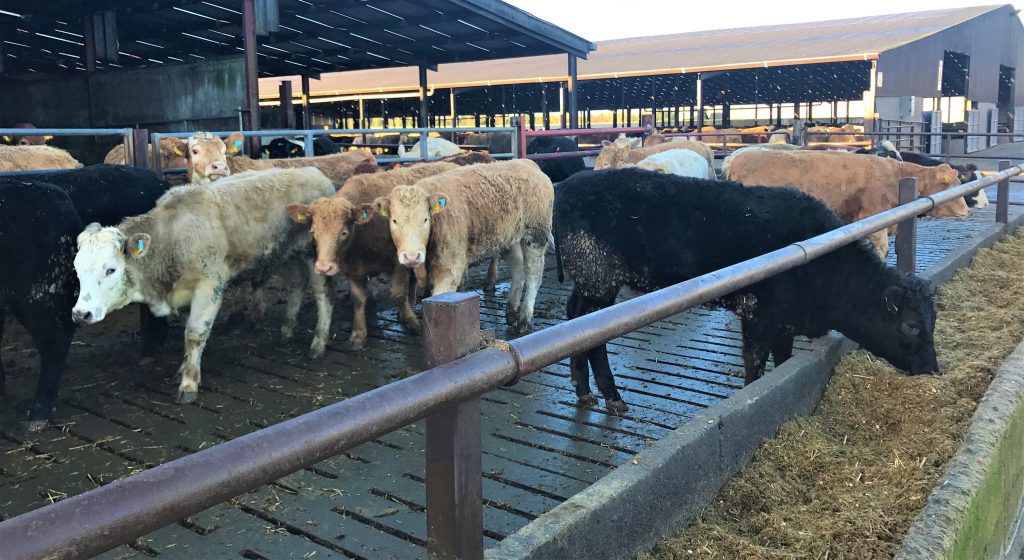 Housing animals in well-ventilated units is a key factor for improving the cleanliness of beef stock. As the quality of ventilation improved, so too did the cleanliness. This indicates the importance of maintaining a fresh air environment within beef housing.

Gender appeared to have little effect on dirt score. However, when both steers and heifers were penned together, mixed animals had a much higher dirt score. This indicates increased activity between these animals.

Furthermore, treatments for parasite control for finishing animals had a minimal effect on the dirt scores recorded.

Clipping of animals prior to housing  – particularly the tail, flank and belly area –  improved animal cleanliness. However, it did not eliminate the need for further clipping come slaughter. 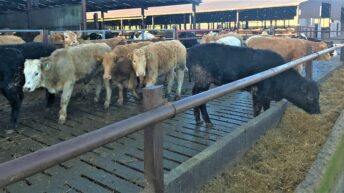 Rolled barley versus citrus pulp: What comes out on top?