‘What does a new government mean for the future of Irish farming?’ – Chris MacManus 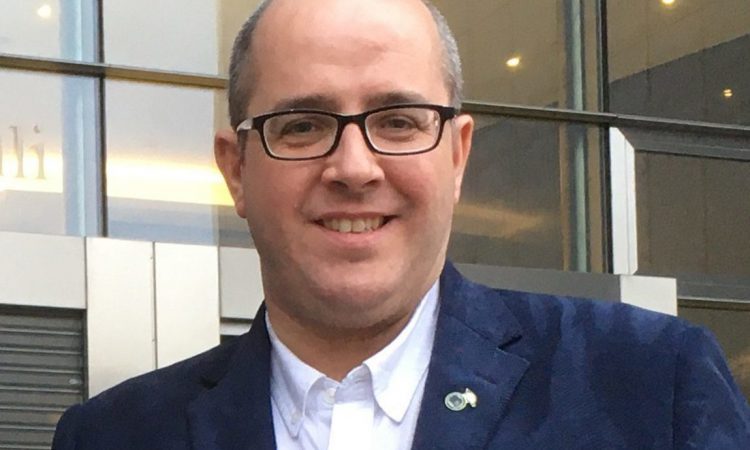 Sinn Féin MEP warns that commercial interests will take priority over family farms under Fianna Fáil / Fine Gael, but promises his party will defend ordinary farmers and rural Ireland at every turn.

With Fianna Fáil, Fine Gael and the Green Party reaching agreement over a Programme for Government, the big question amongst farmers is: “What will it mean for Irish agriculture?”

The vast majority of the Programme for Government document is vague promises without any detail. If we read between all of their promises to ‘continue to prioritise’ and ‘work to accelerate’, it is clear that when it comes to farming it is business as usual.

The word ‘review’ is mentioned 127 times in the document. That ‘kicking things down the road’ attitude isn’t any good to people who are suffering now. They don’t seem to get or care that business as usual is failing many farmers and rural communities.

We desperately need a commitment to invest substantially in the regions and to address the wholesale inequalities in Irish farming. Instead, this document clearly favours commercial agricultural interests with the hope that active farmers will be appeased by vague promises and commitments. 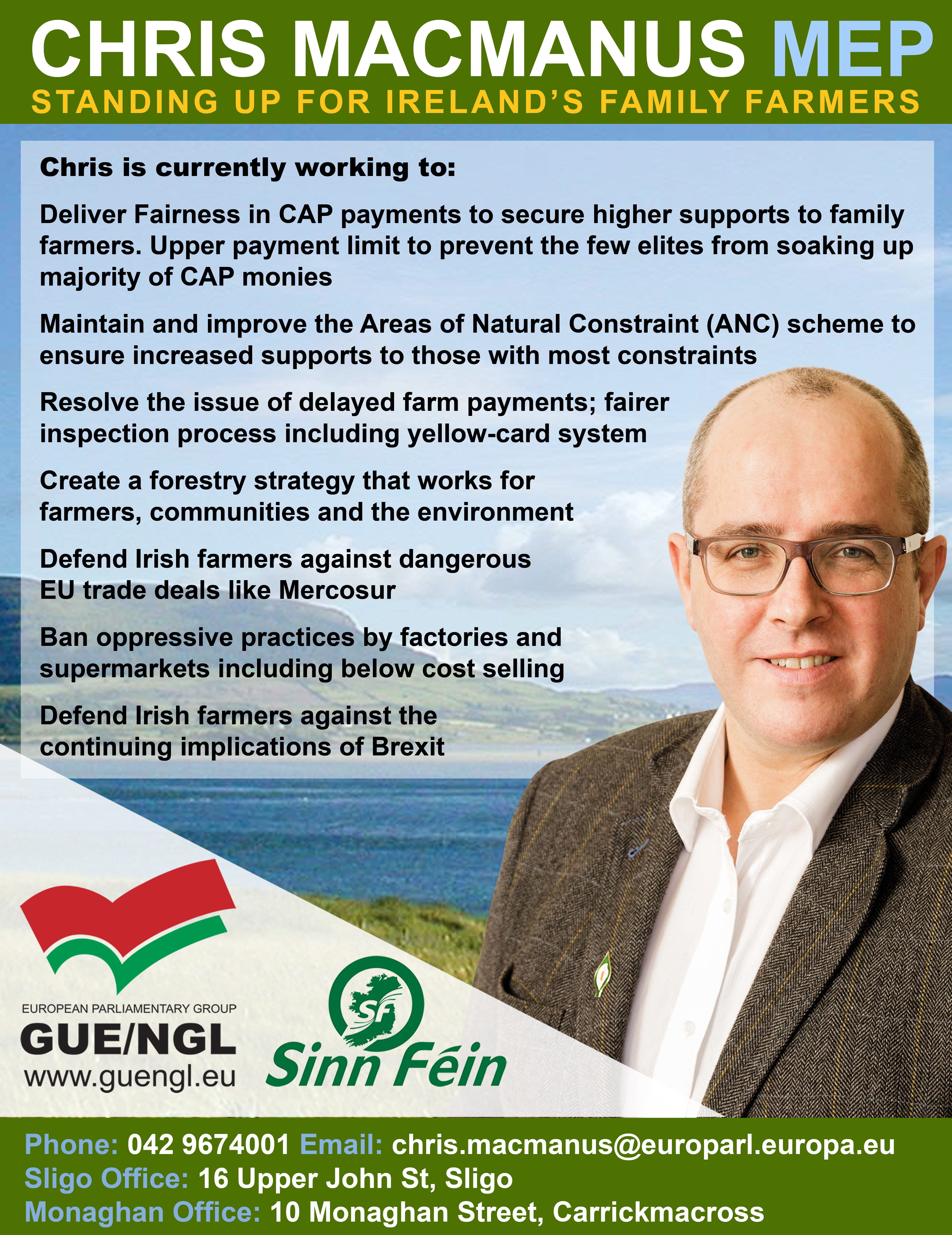 The reality of this Programme for Government is that there is no detail on how this government intends to end the rip off of Irish farmers by the meat processors; no new actions to support young farmers or address the issue of ‘forgotten farmers’; or any vision for more equality in either payment or supports.

Another major worry is the lack of detail in regards to Brexit and how the agri sector will be supported in the event of a now probable crash out with no trade deal.

Where detail is given it only further shows that this government will not deliver sorely needed change for struggling farmers. A clear example of this is where the programme confirms there will be no limit placed on direct payments unless it is made mandatory by the EU.

So large farm enterprises and meat processors will continue to receive the largest basic payments. This is a continuation of the last government’s policy of hiding behind the EU as it protects the interests of commercial farming.

Sinn Féin has been calling for a €60,000 cap on basic payments to free up funds for the farmers who need it more.

On today's EuroNews I highlighted the inadequacies of the FF/FG/GP programme for Government. The word 'review' is mentioned 127 times in this vague document. This typifies the 'kicking the can down the road' approach we've come to expect from FF & FG.We will not tolerate this behavior and will hold this government to task on every detail if we are indeed excluded and end up leading the opposition.The people voted for change and this is certainly not it.Try as they might FF/FG may delay change but they cannot stop it.#SinnFein #Ireland #Change #WorkingHardForYou Matt Carthy Sinn Féin Ireland Pearse Doherty Martin Kenny Rose Conway-Walsh Claire Kerrane TD for Roscommon & Galway Mairéad Farrell – Sinn Féin Pauline Tully Mary Lou McDonald

Fianna Fáil had claimed to support this position in the run up to the last election, but whether or not the party intended on implementing such a reform we may never know. What is certain is that in the rush to get into government, Fianna Fáil was willing to abandon it.

Another area of concern is the push to have Irish beef recognised with a Protected Geographical Indicator (PGI). Many, including Sinn Féin, see this as a chance to have the value of non-intensive, grass-fed beef properly recognised.

However, it appears Fianna Fáil and Fine Gael want it equally applied to all Irish beef, meaning it will benefit factory feed-lots. PGI rewards farmers for maintaining standards and less intensive farming techniques.

Our high-quality production is also under threat from international imports. Despite a Sinn Féin motion against Mercosur being supported by a majority of the Dáil last year, the Programme for Government makes it clear that the Greens and Fianna Fáil failed to deliver on their promise to oppose the free-trade agreement.

Again, it will be family farms that will be hit hardest as the intensive feed-lots can better compete with cheap imports.

Make no mistake about it; the policies of this new government will see further destruction of the family farm model.

Fianna Fáil and Fine Gael will continue pandering to the Larry Goodmans of this world and now they have a scapegoat in the form of the Green Party to assign all the blame. The formation of this new government is a bleak day for the family farmer here in Ireland.

Rest assured, Sinn Féin will be a formidable opposition. We will fight for the family farmer at every given moment and we will call out this government on any commercial agenda that would damage Irish agriculture and the future of rural Ireland. 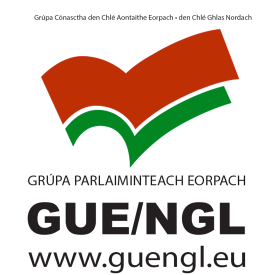