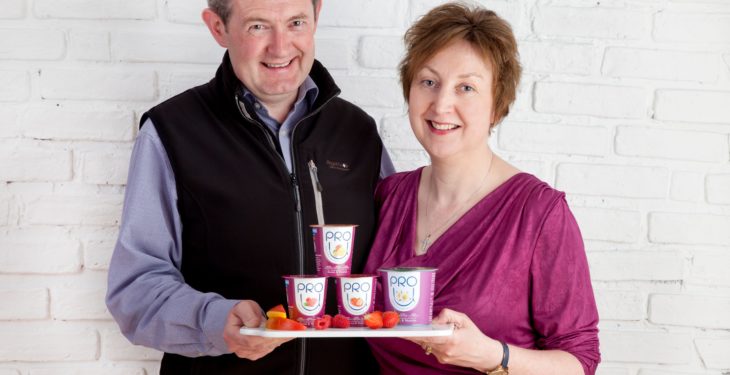 ProU Yogurt, based at Killowen Farm, Co. Wexford, has entered into a retail listing worth €200,000 with SuperValu, it has been announced.

The fortified yogurt brand was founded by former Bord Bia Executive, Michael Murphy, and his wife, Jane, and it is the first product from their Irish start-up, M&J Nutrition.

Launched at the Bloom Festival in June 2016, the yogurt label has since secured regional listings with SuperValu and a variety of other retailers across the country and in the UK.

This latest deal expands its listing with the Irish supermarket to over 70 stores, with the brand also stocked across a range of hospital canteens and workplace restaurants around Ireland.

The partnership, described as a “major milestone”, is expected to strengthen the label’s foothold in the Irish yogurt market – estimated to be worth €260 million.

As the Managing Director of M&J Nutrition, Murphy said: “We see a real opportunity here, as research tells us that one-third of Irish consumers are looking for healthier options and ProU meets that need.

In recent months, we have seen a growing number of queries from consumers around the country keen to try ProU – I’m delighted that they will now be able to pick up the product in their local SuperValu store.

“Currently over 60% of our yogurts are imported and we’d like to change that statistic because Ireland has the highest-quality, home-grown and local ingredients in Europe.”

Earlier this week, a report from Kantar Worldpanel showed SuperValu was losing its grip as the nation’s favourite supermarket, with its market lead over Tesco dropping to just 0.2 percentage points.

The results of the study showed SuperValu’s market share was 22.3% for the 12-week period ending June 18, compared to 22.1% for Tesco.

The fastest-growing retailer was Dunne Stores, which took a market share of 21.6% after increasing sales by 4.5% over the same period. 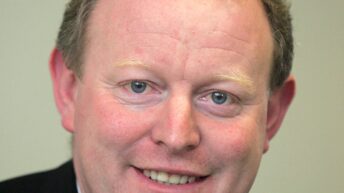 Dairying ‘must be promoted to tackle labour shortage’