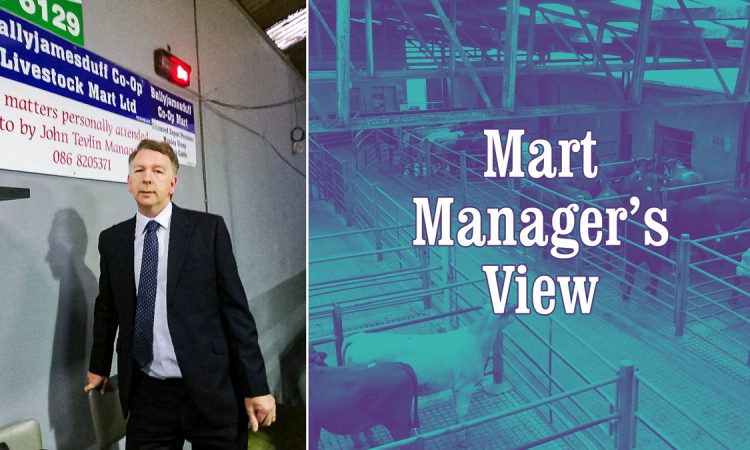 Like a lot of marts nationwide, Ballyjamesduff Mart has experienced higher volumes and enjoyed a period of impressive prices of late.

Underpinning the trade at the Cavan-based mart has been the presence and activity of Northern Irish buyers. Given the mart’s proximity to this region, it bodes well with these customers.

Additionally, they have been present in other marts further south – indicating the demand for cattle north of the border.

All the mart talk now revolves around how the trade will perform in the back end of the year.

So, to get an insight into the trade, AgriLand spoke with mart manager John Tevlin to get his views on the trade in recent weeks and the outlook for the oncoming busy period.

We had a good trade for cows on Wednesday last – mostly driven by Northern Irish customers which were active for cows and stock bulls.

In general, prices are staying up – there’s still demand for fleshy and short-term cattle and we’re exporting a lot of cattle at the minute.

Normally, this would be a quieter period; but there are great prices for quality cattle. We had an 845kg Limousin cow make €1,840 on Wednesday.

It’s mostly northern buyers for those better-type, younger cows, but there is some local interest too. There’s also a great trade for dairy cows – up to €2,080 for a calved cow on Wednesday.

In terms of the autumn weanling trade, I’d say with the amount of feeding that’s about, cattle will be a good trade – barring something unforeseen comes in – and Covid-19 is kept at bay – and farmers can stay bidding online and ringside.

I’d imagine farmers will want to see their weanlings however. Bigger buyers and feedlots seem to have adapted well to online buying. So, if things stay as they are, we’ll be looking at a good trade for the back end.

People who have sold cattle will be in the market to replace them; there’s a bank of fodder there. Cattle have also moved earlier, so there shouldn’t be a glut of cattle – not of stores anyway.

We had record numbers for the month of July – with a lot of heavier cattle – with farmers opting for the mart ring rather than the factory – and they got good prices for them.

Factory buyers have been very active here over the last few weeks – especially the northern-based factories. Stock bulls would generally not have a huge demand, but at the moment they’re a great trade.

From what I’m told, it’s looking optimistic for exports to Turkey with new licences getting issued, so that will be a major boost for the weanling trade.

Ballyjamesduff Mart will hold its machinery auction on Saturday, August 29, with bids also accepted online. Some 57% of machinery at the last auction was sold online; a breeding sheep sale will also take place on the same day. 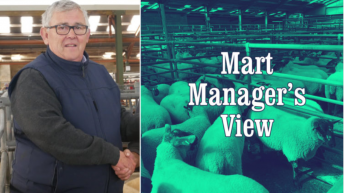