Video: Hybrid barley proves its worth to growers 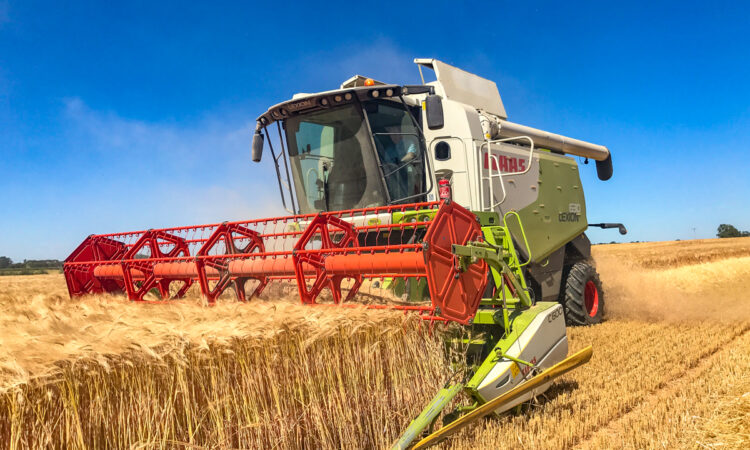 As the harvest draws to a close for another year, Seedtech, which distributes hybrid barley in Ireland, visited three tillage farmers to see how the crop performed on their farms and to learn what their plans are for the coming year.

Now an established crop, hybrid barley has proven its strength in the field across yield, straw quality, disease resistance and more recently in grain quality.

The latest 2018 winter barley trial results from the Department of Agriculture put all three hybrid barley varieties (Quadra, Bazooka and Belfry) ahead of all conventional two-row varieties on yield.

This, coupled with a very strong harvest performance in the field, shows hybrid barley has proven itself to be the smart choice for growers.

In this article we take a sneak peak at what each grower had to say.

Gary Prendergast, a well-known contractor in Co. Tipperary, farms with his father Tommy. Up until two years ago they had grown all conventional winter barley, but decided to try Quadra hybrid barley when they saw the yield potential it had.

That decision has paid off for them; explaining this year’s harvest result Gary said: “We were happy with the yield from hybrids, they yielded 0.5t to 0.75t more than the two-rows; with Quadra yielding 4.2t/ac and the two-rows yielding between 3.3t/ac and 3.6t/ac.”

As a result of this year’s successful harvest, Gary and Tommy plan to increase their hybrid barley to 50% of their winter barley acreage.

Discussing the reliability of hybrid barley

John O’Byrne, who has been growing hybrid barley for the last seven years, grew Quadra, Bazooka and Belfry hybrid barley this year. One particular field yielded 3.9 t/ac at 63KPH, which was in a second winter barley slot after oats; with higher yield figures recorded in other fields.

John believes that hybrid barley has really proven its reliable performance in the last few years and plans to sow 75% of his winter barley area in hybrid barley for the coming year.

“We’ve grown hybrid barley in very wet years and now in a drought situation and it still performed very well. It’s proven itself to me that we can get the yield year-on-year.”

Discussing how easy hybrid barley is to grow

Speaking about growing the crop, Tim said: “Years ago we were growing old six-row barley, but had a problem with bushel. Having watched and read about the new hybrids, we started to grow them again five years ago and we continue to grow them now.”

Tim went on to explain how he finds them straightforward to grow.

You might have one less fungicide and an extra growth regulator.

“I have no hesitation in telling other farming friends or colleagues to grow hybrids. It’s quite straight forward,” Tim concluded.

Speaking about the costs of growing hybrid barley, Gary pointed out that although the seed is more expensive, the crop is more profitable overall. This is based on using the recommended seeding rate of 200 seeds/m² and the crop delivering a higher yield.

The fungicide programme is also a bit cheaper; we don’t have to be in as often with the sprayer.

Concluding, Gary said: “I’d have no problem recommending it to a neighbour for the season ahead.”

Discussing the quality of hybrid barley

Having grown both conventional barley and hybrid barley side-by-side this year, John O’Byrne was able to directly compare the quality of each variety. John saw no difference in his bushel weights and the straw quality of his hybrids was very good.

John noted Belfry and Bazooka’s standing ability in particular: “We were able to keep their straw short and we had no problem with the crops standing.”

Seedtech is running a competition for three growers to win 5ha of Belfry – the newest hybrid barley variety to be available in Ireland – with gold standard straw.

Entries will be accepted until midnight on September 9.

Seedtech is a leading wholesale seed company in Ireland. Hybrid barley is available to purchase throughout Ireland from your local merchant.

For more information on hybrid winter barley varieties contact the Seedtech team at: [email protected] or at: 051-832814.