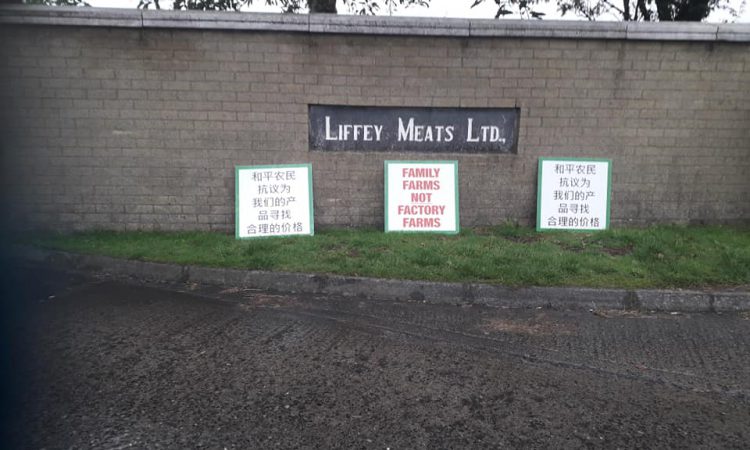 Protests organised and held by individual groups of farmers are continuing outside 12 meat plants around the country today, Friday, August 30 – in spite of High Court injunctions granted to a number of processing firms.

A number of farmers and protesters have taken to social media to highlight the individual demonstrations taking place today.

At Liffey Meats, in Ballinasloe, Co. Galway, a video was posted on Facebook showing dozens of protesters demonstrating outside the factory gates.

Meanwhile, images have emerged of similar pickets outside the plant in Ballyjamesduff, Co. Cavan.

It was noted by protesters that, in spite of poor weather conditions, crowds are gathering for demonstrations outside the factory entrance.

Protesters have said that the demonstrations are “individual peaceful protests”, adding that farmers are protesting due to the prices they receive, as well as other important issues.

The Irish Natura and Hill Farmers’ Association (INHFA) has voiced its support for the protesters, calling for processors to lift their threat of legal action against farmers.

INHFA president said: “Farmers should be afforded the same rights as all other citizens and this includes the right to protest.

Meat Industry Ireland (MII) this morning has warned that the “continued illegal blockading of beef processing plants across the country has already forced companies into staff lay-offs and, if this coordinated illegal disruption continues, further significant staff lay-offs in the coming days are inevitable”.

In a statement, the processor representative body added that it is “extremely damaging for the entire Irish beef sector that, for the second time in just three weeks, hard-won customers of Irish beef are being left without deliveries”.