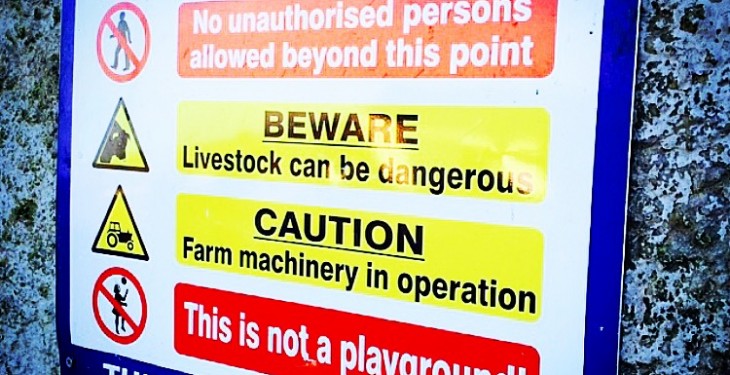 A person working in agriculture is eight times more likely to be killed in a work place accident compared to someone working in the wider economy, according to the Health and Safety Authority (HSA)

And, the vast majority of farm deaths are foreseeable and preventable, the HSA has said.

Martin O’Halloran, Chief Executive of the HSA, said that the HSA will initially work with Teagasc and 50 Discussion Groups to raise awareness of safety on farms.

Speaking to the Joint Committee on Agriculture, Food and the Marine about proposals to reduce the number of farm deaths and accidents he said that 20% of the HSA’s total resources is improving farming safety and health for a workforce that represents 6% of the national workforce.

“Our policy is to change culture. We want to create culture change in all sectors of the economy.”

With an average of 19 farm deaths every year, in recent years, and 30 last year, he said that the agriculture sector is in marked contrast to the wider economy.

“In marked contrast to the general economy, the situation in agriculture is not positive. The sustained improvement that we have strived for, has not happened.”

Compared to European countries, Ireland has made significant progress, he said, but one death is too many.

The primary responsibility resides with the legal duty holder – the farmer, he said, and a culture change will deliver a sustained improvement in farm safety standards.

He also said the HSA would work towards raising awareness through campaigns and conferences and will supply a free online tool to the farming community.