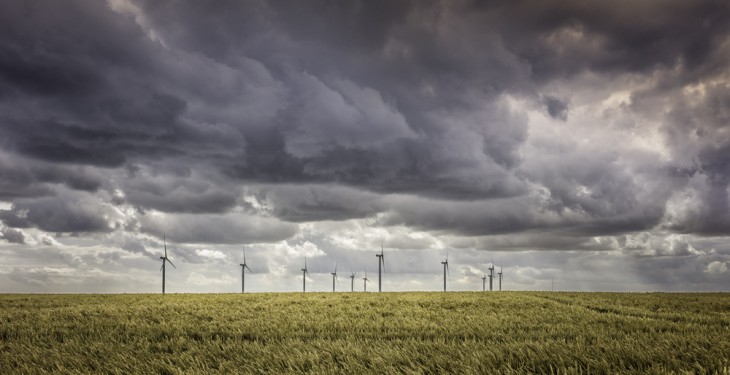 Tonight (Friday) will begin dry with wet and windy weather developing across the country, Met Eireann says. It says that the rain will be heaviest in the north and west and southwest winds will increase strong to gale force and gusty.

On Saturday stiff westerly winds will decrease fresh early in the afternoon and there will be sunny spells with scattered showers, Met Eireann says. A further spell of wet and windy weather will spread from the Atlantic later on Saturday afternoon and evening, while temperatures will be a maximum of 13 degrees Celsius, it says.

“Saturday night will be windy, with fresh to strong southwest to westerly winds. There will be some heavy showers also, merging into longer spells of rain at times,” Met Eireann says. Temperatures will be between 5 and 8 degrees, it says.

For Sunday, Met Eireann is promising that it will be windy and fairly cloudy with just a few bright spells, there will be further rain at times too with heavy rain in parts. In the afternoon and evening, less windy and drier conditions will develop and there will be highs of 8 to 11 degrees, it says.

Sunday night will be mostly dry with a few showers in places, it will be cold and there will be lows between 1 and 5 degrees with some ground frost in Ulster, Met Eireann says.

Monday, it says, will start dry and bright but a spell of very windy and wet weather is expected to sweep in off the Atlantic as the day progresses. Winds will be strong to gale force westerly and quite gusty also with highs of 13 degrees, it says. Showery weather is promised to develop later in the day and overnight with winds moderating, it says.

Currently Met Eireann says Tuesday looks to be a bright and breezy day with sunny spells and showers, however, further wet weather is likely around midweek.