Union hits out at major meat processor over storm staffing

Dawn Meats has been criticised for “not adequately compensating” staff that were unable to work due to the shutting down of factories during Storm Emma.

As factories were shut down due to storm safety issues, it is understood that staff at Dawn Meats were given the option of declaring the time as annual leave – in other words a paid holiday as part of their annual leave entitlement.

Alternatively, the time could be taken as an unpaid day off work, with the option to potentially work additional hours later in the month.

However, trade union SIPTU is calling for the implementation of a “uniform policy” across the agriculture, food and drink manufacturing sector in relation to issues, such as time off and payment, during the period of a red weather alert.

Speaking at the annual general meeting of the union’s ‘Agriculture, Food and Drink Manufacturing Sector’ on Friday, March 9, delegates raised the issue of the varying ways in which the impact of a red weather alert is dealt with in companies across the industry.

According to SIPTU sector organiser, Michael Browne, following discussions, it was decided to call for the union to work with employers towards the adoption of a uniform policy approach to this issue.

This issue has of course become more important in light of the impact of Storm Emma and Storm Ophelia last October.

“It is hoped that agreement can be found to work together on producing a policy approach to this issue which will be uniform across the sector,” he said.

A spokesperson for Dawn Meats said the processor acted on the advice of the National Emergency Co-ordination Group which urged the suspension of production across all Dawn Meats sites during Storm Emma’s red weather alert from Thursday, March 1 to Friday March 2.

In respect of this downtime – enforced by weather events outside our control – team members have access to normal annual leave arrangements and scope to work additional hours as we replenish supplies for our customers in the coming days and weeks.

“These arrangements are in line with norms in the food processing sector,” the spokesperson said in a statement. 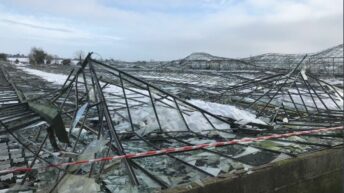