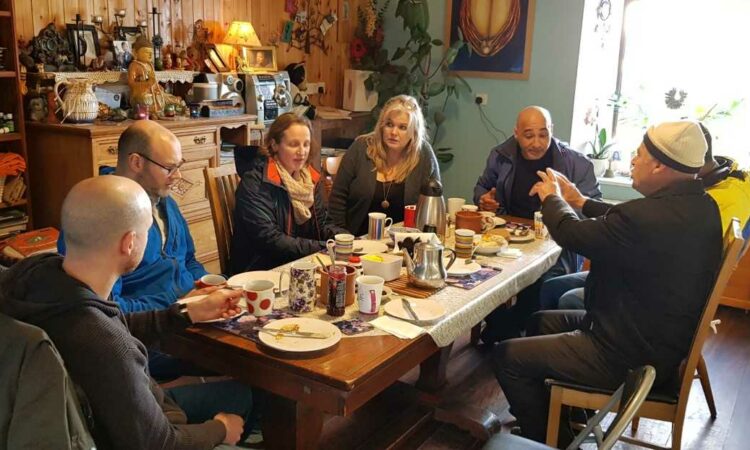 Social farming in Mayo has been put under the spotlight by the UNHCR, following a recent post on AgriLand. Jody Clarke, senior external relations associate, UNHCR, and photographer Andrew McConnell were touring Ireland collecting stories about Irish communities welcoming refugees.

They read about a Mayo farm family facilitating a social farming placement for two Syrian refugees who were previously farmers.

“They saw the article about the Dixon family of Aherla organic farm on AgriLand and thought it was a great example of just what can be done to welcome refugees,” said Margaret Leahy, regional network officer for social farming with South West Mayo Development Company.

“It also chimes with a similar article written by their colleagues in the UK, ‘Building walls to break down barriers in Yorkshire,” said Margaret. “They discussed what the men do on the farm. Of specific interest was how one of the Syrian men pruned the apple trees which the Mayo farmer hadn’t done before or had no knowledge of,” she said.

“They also discussed their interest in starting herbs from cuttings. They chatted to the UNHCR team about the difference in feeding the animals in Syria and Ireland. We have so much more grass, both fresh and silage,” Margaret said. “One of the men showed photographs of his sheep in Syria which were all milking sheep.

“The men talked about how at home they felt on the farm and how much they enjoyed being outdoors,” said Margaret.

“They said that they did not like the rain and getting wet – this caused a lot of laughter,” she said.

While there was an interpreter present for the interviews, it was noted that during the social farming days there is no interpreter and yet, they all communicate – through farming.

Hosts Oliver and Anna Dixon who have two teenagers, Hazel and Daniel, said the experience opened their eyes to other cultures and what refugees go through before they reach Ireland.

“Both parties were asked the benefits of social farming to them,” said Margaret. The Syrian men pointed to the sense of integration fostered through being on the farm, as they met visitors such as the vet and the postman. They said they also felt more part of the broader community in Claremorris.

“They said they also had an improved understanding of English. They spoke of how the farm family have welcomed them into their home. One of their wives has visited and all are invited over during the Christmas season,” said Margaret. 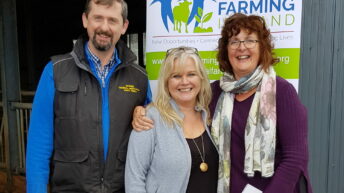