A new UN report has urged for better land management and dietary changes in efforts to limit the impact of climate change and allowing land to cope with the pressures of growing populations.

Keeping global warming to well below 2° can be achieved only by reducing greenhouse gas emissions from all sectors – including land and food, the Intergovernmental Panel on Climate Change (IPCC) said in its latest report today, Thursday, August 8.

The report, titled “Climate Change and Land”, finds that the world is best placed to tackle climate change when there is an overall focus on sustainability.

Land must remain productive to maintain food security as the population increases and the negative impacts of climate change on vegetation increase, the document notes.

This means there are limits to the contribution of land to addressing climate change, for instance through the cultivation of energy crops and afforestation.

It also takes time for trees and soils to store carbon effectively, it was reported, adding that bioenergy needs to be carefully managed to avoid risks to food security, biodiversity and land degradation.

Desirable outcomes will depend on locally appropriate policies and governance systems, according to the report.

The report records that about one third of food produced is lost or wasted.

Causes of food loss and waste differ substantially between developed and developing countries, as well as between regions.

“Some dietary choices require more land and water, and cause more emissions of heat-trapping gases than others,” said Debra Roberts, co-chair of IPCC Working Group II.

“Agriculture, forestry and other types of land use account for 23% of human greenhouse gas emissions.

It was also noted that land already in use could feed the world in a changing climate and provide biomass for renewable energy; however, early, far-reaching action across several areas is required.

Meanwhile, the conservation and restoration of ecosystems and biodiversity was also highlighted. 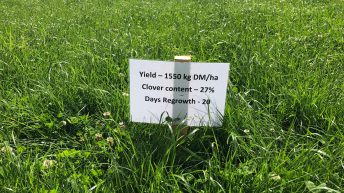 Grass growth: Have no fear; the rain is here