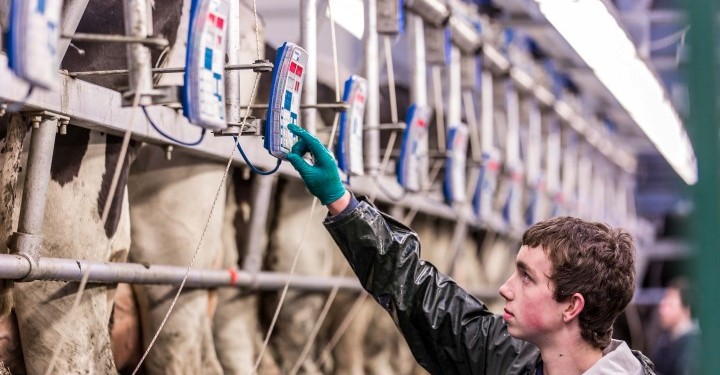 UK farmer co-op First Milk will pay its dairy farmers a base price of 21.57p/L (28.29c/L) for February manufacturing milk.

The announcement comes after First Milk announced it would be delaying milk payments by two weeks.

John Owen, farm manager at Gelli Aur College in Wales, which milks 500 cows and supplies First Milk, said he hopes that the market will bottom out at these levels.

“But no one really knows how farmgate prices will move over the coming months. All of our milk goes for cheese production.

“The college farm must stand on its own two feet, financially. I am advising other milk producers in this area to budget for an average price of 20p/L over the coming months and then budget accordingly.

“Very few farms could hope to break even at these prices. Given these circumstances, producers must maintain a clear cash flow forecast and then monitor these projections against performance.”

Last year, the farmgate price received by the college dairy peaked at 32p/L. Gelli Aur is home to 500 cows: split into autumn and spring-calving groups.

John said he is extremely conscious of the financial losses incurred by First Milk last year and the decision by the co-op’s board to defer producer payments planned for January 12 back to January 26.

“We can only take First Milk’s word that the co-op is not in danger of collapse; we have to take its statement as read, accept and support the board,” he said.

“First Milk has promised to take our milk and as many litres that we produce. We simply have nowhere else to go. But First Milk members may not be alone. While the co-operative has declared its hand, there is speculation that other milk buyers may be in as bad a position.”

Owen went on to say that up to 300 British dairy farmers will have no permanent home for their milk after April 1 this year.

“Beyond this date, the farmers in question will have to accept spot prices for their milk,” he said.