The latest UK grocery market share figures from Kantar Worldpanel, for the 12 weeks ending April 23, 2017, reveal the overall market has grown by 3.7%. This is the fastest rate since September 2013 and was worth almost £1 billion in additional sales to the grocery sector.

Fraser McKevitt, Head of Retail and Consumer Insight at Kantar Worldpanel, said that all 10 major retailers are in growth for the first time in three-and-a-half years.

“That was when we last saw like-for-like grocery inflation as high as it is now. While prices do look set to rise further, the current inflation rate of 2.6% is still below the average level experienced by shoppers between 2010 and 2014.

A strong Easter also contributed to the market’s growth this period. In the past 12 weeks British shoppers splashed out £325 million on Easter eggs with almost three-quarters of the population buying at least one.

Advertisement
Meanwhile, Tesco returned to growth with sales up 1.9% after sales were hit last period by a late Easter. Its own label sales increased by 6%, growing across all price tiers – cheapest, standard and premium – while its share fell by 0.5 percentage points to 27.5%.

McKevitt confirmed that Asda had increased year-on-year sales for the first time since October 2014.

“This was thanks to a quarter of a million additional shoppers and a strong performance online, though its overall share fell by 0.4 percentage points to 15.6%.” 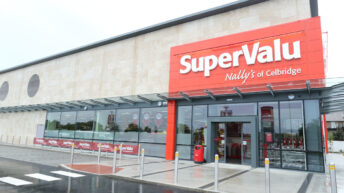