Top of the pops award must be given to this potatoes promotion! 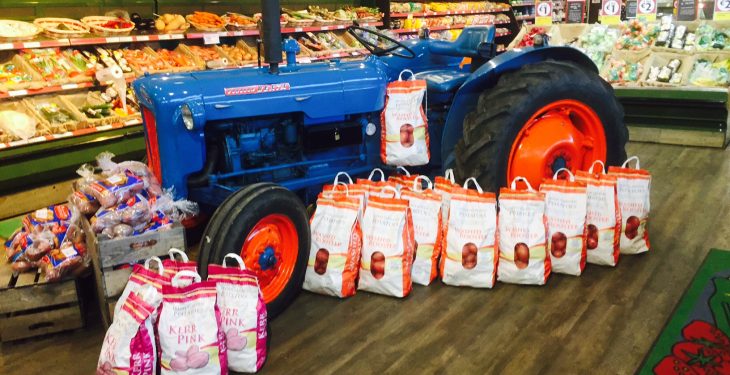 The Fordson Dexta in SuperValu Bunclody.

Shoppers in Supervalu Wexford might not believe their eyes when they see the current promotion of potatoes!

O’Reilly’s Supervalu in Bunclody has taking shop locally to a whole new level by bringing a vintage Fordson Dexta tractor in store.

The vintage tractor is now sitting pretty as the centre piece in the shop’s in-store promotion of Wexford-grown potatoes.

According to the store’s owner, Joe O’Reilly, the tractor is just one of the promotion techniques used in store to encourage the sale of locally grown produce.

“We do anything we can do to help and there is a lot of interest in the display,” he said.

Joe said it is difficult to tell what impact the tractor will have on sales, but he is hopeful that it will be beneficial in terms of selling locally produced potatoes.

Supervalu Bunclody’s Fresh Food Manager Daniel O’Reilly added that the tractor is supplied by Adrian Doyle from Blackwater, who also supplies the shop with its Wexford-grown potatoes.

He said that it was quite a tough job to get the tractor into the store, as it involved a ‘good driver’ and lots of patience.

It was a bit of hardship bringing the tractor into the store. We had to take to back doors of the shop at 6am on Saturday morning to drive the tractor in.

And, he hoped that this year’s display would be just as successful. 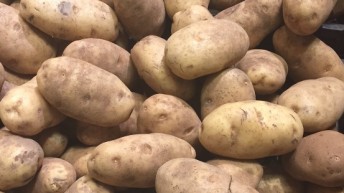 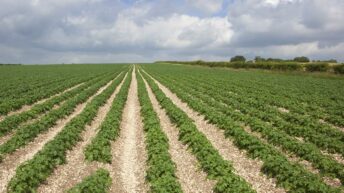