Top chef urges farmers to take control of their product 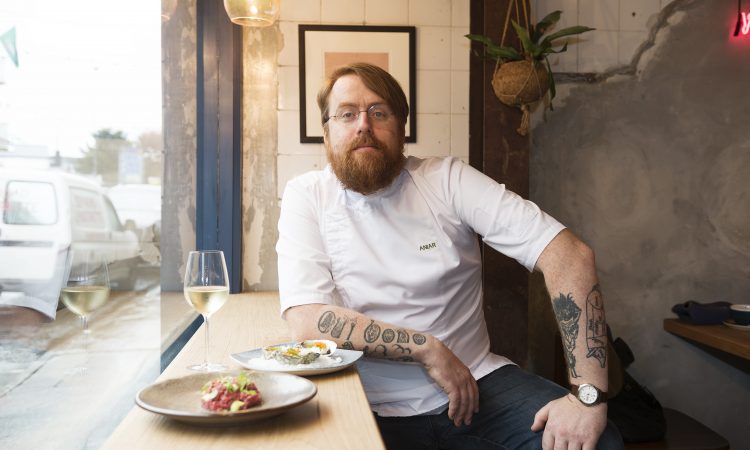 Many Irish beef farmers could benefit from a greater involvement in food production, according to a leading chef. JP McMahon, chef-patron of Michelin star restaurant Aniar; Tartare cafe and wine bar; and Cava Bodega in Galway city, told AgriLand that more farmers should work to take ownership of what they are doing.

“What usually happens is that the farmer produces the beef and sends it to the factory but some of the farmers we work with are branding their own beef and using small abattoirs which gives them more control.

“They are able to differentiate their product on the basis that it’s a different breed or on the way that they reared it,” said JP.

The phrase ‘Irish beef’ has become empty because it’s too wide. We need to take things to the next level and say it’s not all the same. Farmers need to get more involved in the food production process. More farmers should be involved at the end of production and cut out the middle man.

The renowned chef pointed to the example of brothers Derek and Brendan Allen of the award-winning Castlemine Farm Shop in Roscommon with which he works. The farm produces pasture-fed, dry-aged beef, lamb and free range pork, with animal welfare and ethical values at the heart of the company’s ethos.

“This isn’t possible for every farmer but it is a way of getting added value,” said JP.

He also called for greater incentives for diversification and vegetable farming. He pointed out that the number of vegetable growers in the country had dramatically reduced.

“We have been putting all our eggs in one basket with beef and dairy and we need to pull that back and diversify.”

The acclaimed chef was speaking following the national launch of ‘Food On The Edge 2019’ at Dylan McGrath’s Fade Street Social in Dublin.

With a robust international line-up of speakers at the international food symposium, the main theme of ‘Food On The Edge 2019’ is ‘migration’ which will examine how food travels and how that affects people’s perception of food.

The core focus of ‘Food On The Edge’ will continue to explore the future of food within a global and national perspective.

“We have seen a progression away from simply talking about food to recognising the power of food as a tool for social change,” he said.

“We bring some of the best chefs and industry professionals together to inspire us to change the way we think about food in Ireland. We bring them also to showcase our beautiful country with its rich history and heritage.

“It is an ongoing dialogue between us and them, transforming and developing the future of our food and food culture on this island.”

Colombian chef and winner of 2017 best female chef in Latin America Leonor Espinosa of Leo Cocina y Cava will be attending, as well as trailblazer Daniel Giusti, former head chef of Noma in Copenhagen, who set up Brigaid, a project that puts professional chefs into public schools to transform and rethink school food.

Sinead Hennessey, food tourism officer at Fáilte Ireland, said the organisation is delighted to support ‘Food on the Edge’ as part of Fáilte Ireland’s new ‘Taste the Island’ initiative, a 12-week celebration of Ireland’s food and drink taking place this September, October and November.

“Fáilte Ireland research tells us that tourists are not always aware of our high-quality produce and the sustainability credentials around our food and drink before visiting.

We are aiming to address this lack of awareness and highlight Ireland’s seasonal ingredients, adventurous tastes and bold experiences through ‘Taste the Island’ and ‘Food on the Edge’, which aims to challenge our perspective on food, brilliantly showcases the Wild Atlantic Way and Ireland as an innovative food destination.

Food On The Edge 2019, the two-day programme of 15-minute talks, panel discussions, masterclasses and networking activity, with an artisan food village showcasing the best of Irish and West of Ireland food produce, will take place on October 21 and 22 in Galway. 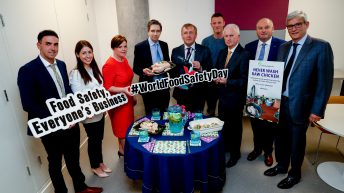