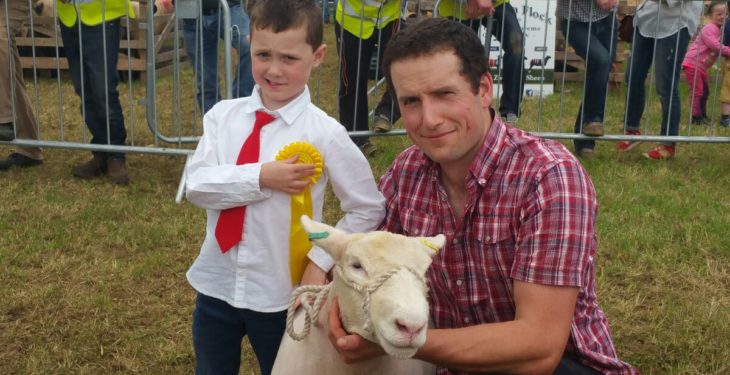 A Co. Tipperary farmer is urging Irish businesses and consumers to row in behind the “Love Lamb” campaign, at a time when lamb consumption is dropping and prices are tumbling.

Noel Clancy who farms full-time with his wife, Aine, in Drangan, south Co. Tipperary and who also runs an out-farm in Co. Galway – is highlighting the #LoveLambWeek. It was launched by Cumbrian sheep farmer, Rachel Lumley, in 2015.

The couple, who have three children, currently have a flock of 250 sheep which are mainly spring lambing. They have mostly Texel-cross ewes, and a small purebred flock of Poll Dorsets.

They also run a herd of 15 spring-calving suckler cows. “We were mostly selling the beef young stock live, but are planning to finish the progeny from now on by two years of age as heifers and steers,” Clancy said.

“The majority of our lambs are finished to slaughter direct to the factory. We also sell some direct to customers and these are slaughtered and prepared by our local butcher.

“The idea of #LoveLambWeek – which runs from September 1 to September 7 – was to share farm stories and promote lamb as a versatile ingredient to cook with, and to encourage more people to buy lamb.

“The campaign has snowballed since, with organisations like The National Sheep Association; The National Farmers’ Union; and the agriculture and horticulture development boards rowing in behind it.

“I decided to get involved with #LoveLambWeek because I had followed the initiative on Twitter over the last couple of years. I thought it really gained momentum on social media from the British farming community and some great interaction developed online from it.

“My idea was that if I recorded some short films on our farm here in Ireland over the course of the seven days and uploaded them to YouTube and Twitter, then it might create a high level of interaction on the internet and maybe some of our agricultural media and organisations might row in behind the idea – as well as other farmers.

Lamb consumption is dropping, and we need to try and promote our product in this country to get it back on dinner tables and back in shopping baskets.

“It is seen often as a slow-cooked meat type, but there are plenty of quick and easy recipes that include lamb too. It is healthy product as it is primarily grass reared in this country,” Clancy said.

He is uploading videos recorded on the family farm daily over the course of the week. They can be found under ‘The Tipperary Farmer’ on YouTube.

“I would encourage people to have a look at them, and if they enjoy seeing what we do then perhaps they would be good enough to share them online using: #LoveLambWeek or @LoveLambWeek.

“If people check out LoveLambWeek online, they will find a large selection of recipes available. The most important thing that people can do – if they really want to support the campaign – is to buy quality assured Irish lamb the next time they are choosing meat in their local butcher or supermarket.

“We, as sheep farmers, are producing a high-quality product in this country and we should be proud of that fact. Currently we are in a high supply time of the year and the lamb price has dropped dramatically in recent weeks.

This is a worry for us as farmers, as this is the time of year when the majority of us sell the bulk of our lamb.

The campaign, he said, aimed to help to get lamb back on household tables around the country and promote awareness of the good conditions in which Irish lambs are produced and reared. 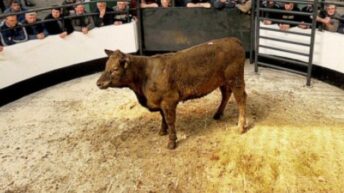