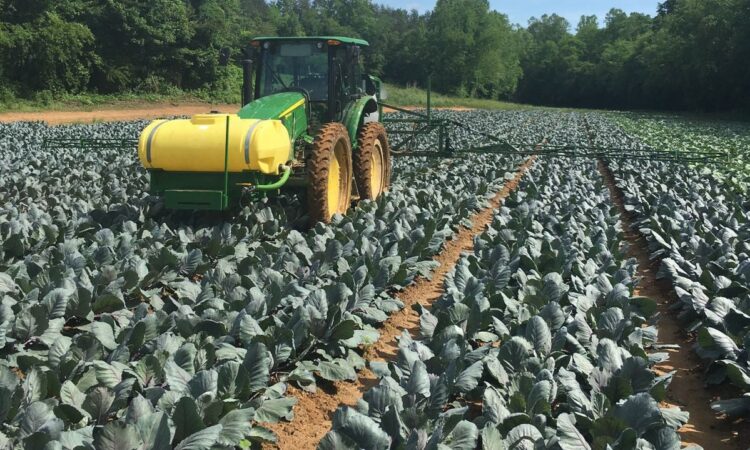 Bottomleys Evergeens & Farm is a family run company, based at Glade Valley, North Carolina – beside the Blueridge Mountains – and sells produce to major wholesalers and supermarkets in the US.

Over 1,000ac of vegetables; along with 1,500ac of field corn; 1,600ac of pumpkins; 3,000ac of grass; 8,000ac of Christmas trees; 30ac of strawberries; a fleet of John Deere tractors; three self-propelled sprayers; harvesters; and a haulage enterprise – that’s the company in a nutshell.

Despite being a firm Massey Ferguson enthusiast, Shane Halpin jumped at the chance to work on the farm as part of his ‘Industry Placement’ with his horticulture degree at IT Blanchardstown.

He travelled to the US under the Ohio Programme and is getting on “alright” with the John Deere tractors; AgriLand caught up with Shane during the week.

“I’m from north Co. Dublin. I’ve worked on my Grandad and Uncle’s farm all of my life and I went back to study horticulture two years ago,” he explained.

Shane’s summers and weekends – over the past few years – have been spent working for numerous growers in Co. Dublin, as well as growing his own pumpkins.

The Dublin native has a good understanding of the industry and highlighted that the biggest difference between the two countries is the scale.

Shane also outlined that another major difference between the countries is seedbed preparation.

They don’t plough; they chisel plough and disc. There’s no ploughing and rotavating.

Continuing, he said: “I found that strange at first, but it actually works with the soil that they have here. It’s light ground; they rip it and disc it down.”

Transplants that are sown on the farm come from Florida and Shane has a great variety of work. This work includes: cultivating; sowing; top dressing; spraying; harvesting; and packing. 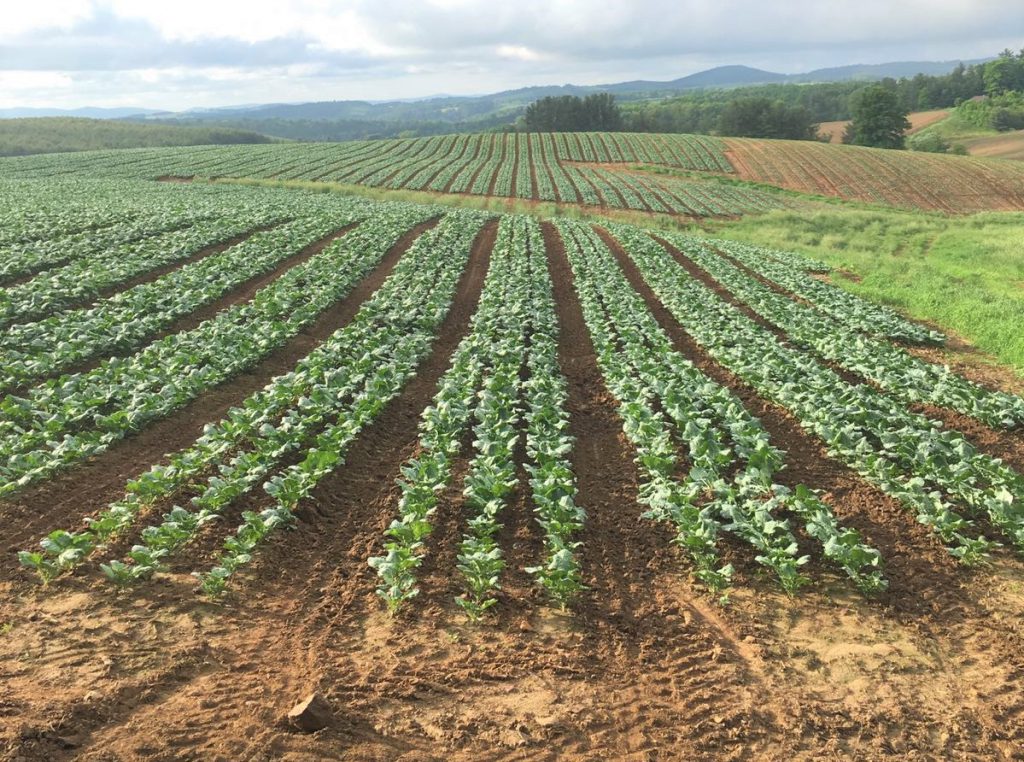 Harvesting of the broccoli crop started last week. This is the second year that broccoli has been grown on the farm, as the freight cost from California has doubled over the past three years.

He added: “It’s very expensive to bring bulky veg from California. With other crops like lettuce and spring onions, you can fit a lot into a truck; so it’s not as bad.

“Broccoli and cabbage are bulky and aren’t high-value crops, like some of the salad crops,” he explained.

Bottomley’s have a fertiliser yard on the farm and fertiliser is mixed according to soil tests.

“Soil samples are taken and used with the variable-rate spreader. A yield monitor on the combine is also used. Fertiliser is mixed on the farm, but some compounds and CAN – for top dressing – are bought in.” 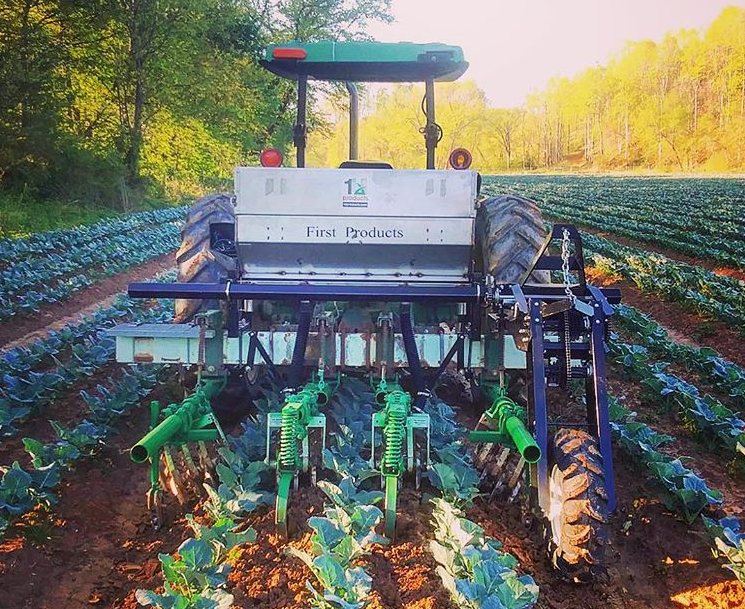 Fertiliser efficiency is important on the farm.

“There’s a fertiliser box on one of the grubbers, which cultivates the soil and incorporates the CAN at the same time.

“It allows two jobs to be done at once, but also prevents waste; when you’re broadcasting, a lot of fertiliser ends up in the wheel tracks where you don’t need it.

“It’s also a method of cultural weed control. When it rains hard here the ground will go hard; running the grubber on the ground breaks the pan and allows water and air in. 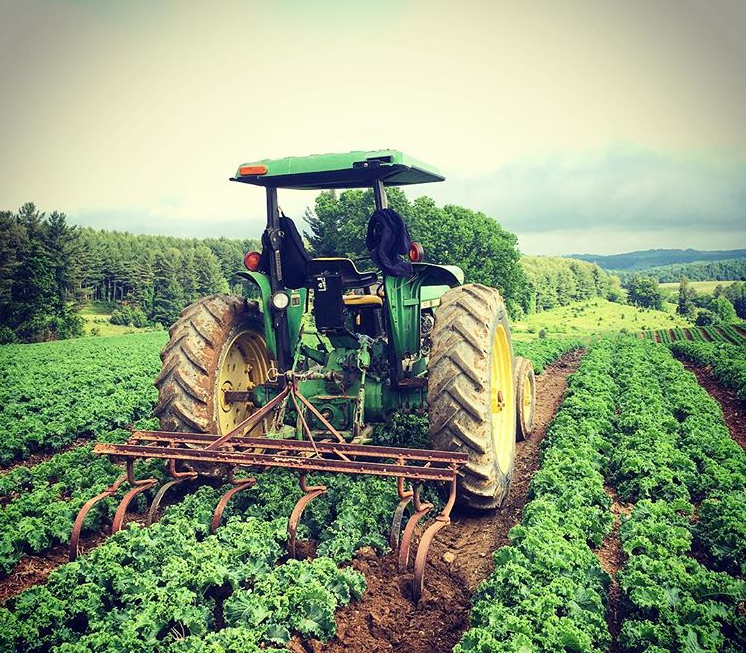 “We run tines in the wheel tracks as well to allow drainage to take place,” Shane added.

“The farm is on a mountain and is very steep in some areas. There’s places on the really steep inclines where space is left for wash-outs. They know where the water will come and they don’t plant that area,” he explained.

The farm is busy all year round

The farm is busy at all times of the year. Vegetables take up spring, summer and autumn months, while Christmas trees and cattle fill the winter. 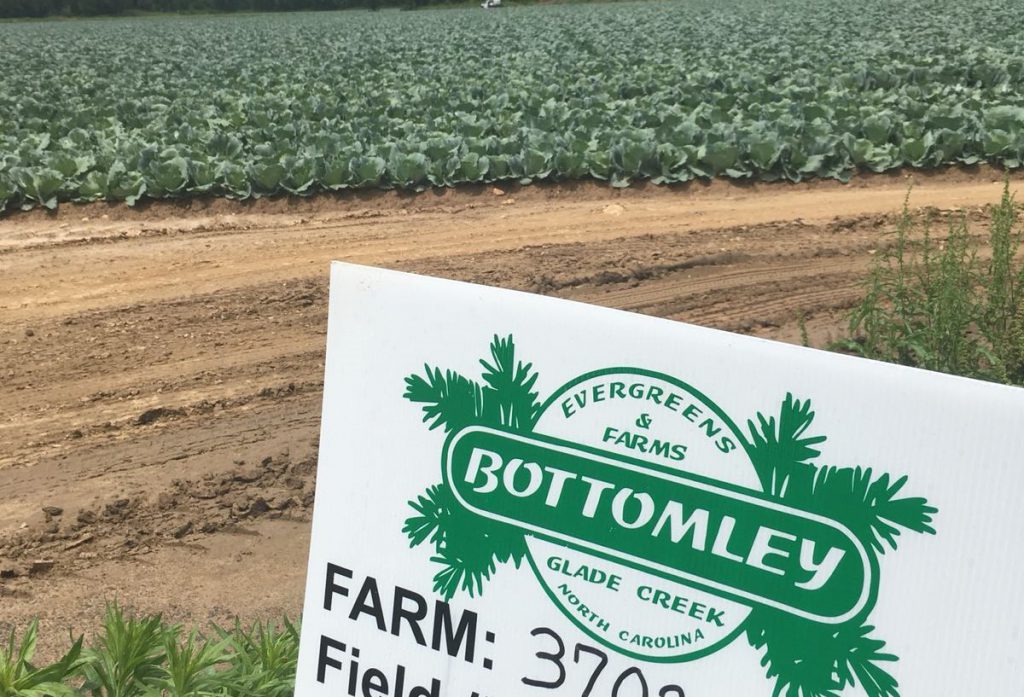 When vegetables are harvested, triticale is sown and wholecrop silage is harvested for the cattle on the farm.

“Maize silage is grown for the cattle and – for example – after growing a crop of corn, they sow a crop of triticale over winter and mow it for silage.

“This way there are two crops grown in one field, in one season. It was wrapped with two McHale balers this year; they sow into that stubble again.”

The pumpkin crop takes up a large area on the farm.

“Ryegrass is sown and sprayed off and the pumpkins are sown into the field. The ryegrass forms a mat under the pumpkins and it keeps the crop off of the ground, so they don’t have to be washed. They can be packed in the field.”

Veg is packed in the field and goes straight into boxes with no plastic packaging. Kale might have an elastic band tied on a bundle.

“The broccoli goes straight into a crate. The packaging that has taken over Ireland and Europe isn’t here.

“The shredded products are packed, but most of the fresh produce is loose or just has an elastic band around it. I thought that was interesting,” he concluded. 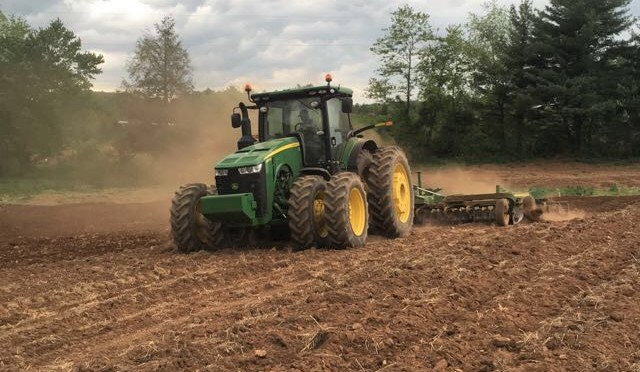 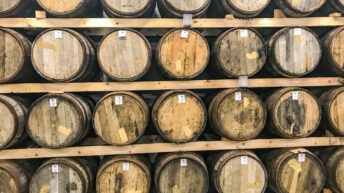