Organic farming in Co. Wicklow, Edward Hanbidge runs a herd of Dexter cattle alongside a sheep enterprise. In addition to these operations, Edward also grows hemp on the holding.

Commencing his farming adventure in 2015 – after a period of working away from the home farm – Edward decided to grow a small hemp crop. But, this idea was not just born over night.

In 2007, Edward learned about the many different uses and applications of hemp and, over the years, he carried these through until he had the opportunity to put 7ac of his own crop in the ground.

To put this into perspective, the number of hemp crops – which licences must be issued for – sown in Ireland is on the rise – albeit at a slow rate; a total of 373ha is accounted for hemp cultivation in 2019.

Admitting that he was no expert when it came to the agronomy side of things – having grown up on a livestock farm – Edward outlined that there is not much to growing a hemp crop.

As the Wicklow-based farmer is in organics, no spray or chemical fertiliser is applied to the crop. Like the majority of crops, a fine, firm seed bed is required; the crop was sown in May when soil temperatures increased.

Before ploughing, 3,000 gallons/ac of organic cattle slurry were applied and the ground was then ploughed, rolled, power harrowed, sown and finally rolled to provide good soil-seed contact. From here, the gate was shut and will remain closed until harvesting. 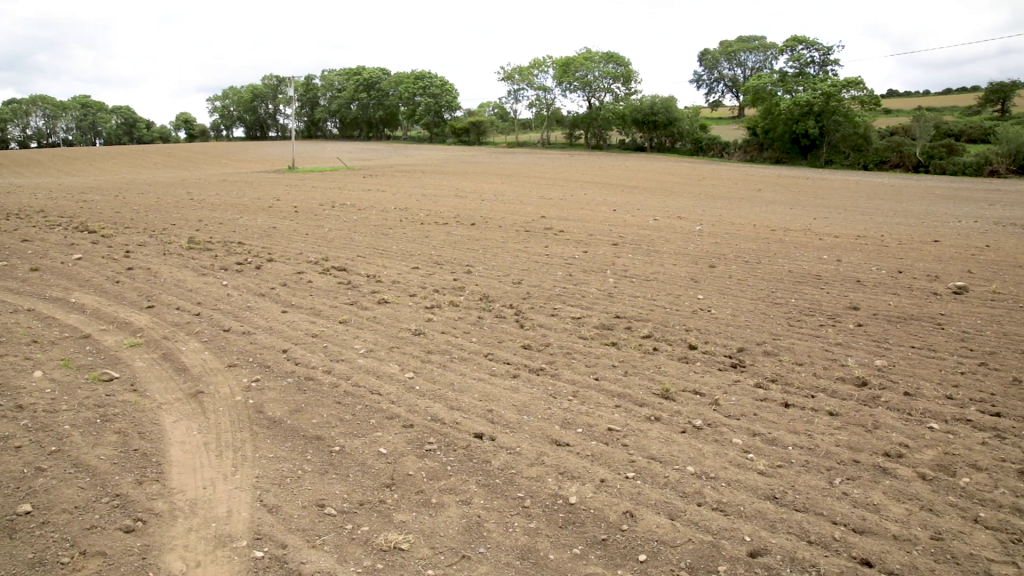 “Growth during the first three weeks can be slow,” he said. “But once you get into the fourth week it can take off and it will fly up; it could grow 1ft/week and you don’t need sprays as once it gets established, it grows so quick it suppresses any weeds or grass,” he added.

The crop was sown on the farm at a seed rate of 35kg/ha, but this can vary depending on variety and end use – whether it will be harvested for seed, flower or fibre.

In a conventional system, Edward explained that chemical fertiliser can be applied at a rate of: 120 units of nitrogen (N); 40 units of phosphorus (P); and 100 units of potassium (K).

Commenting on the threat of pests, he said it’s low: “There are very few pests that bother the crop. I have heard that it can be affected by a flea beetle; the French spray for this every eight years.” 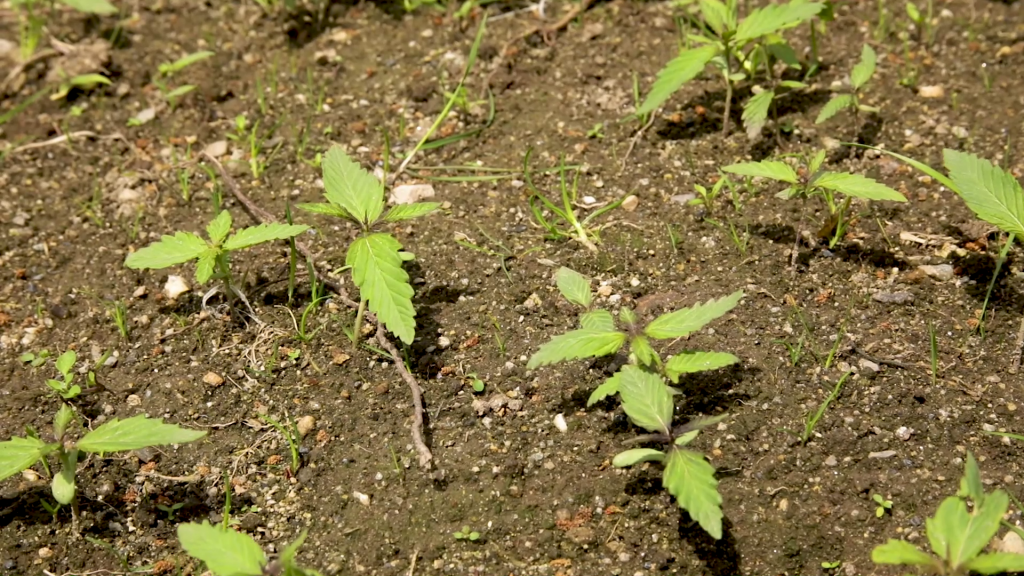 The variety sown on the farm is Finola and will be harvested for seed. Finola will flower at 90 days and there will be approximately three weeks between this stage and harvesting.

In August or September, Edward will harvest the crop for seed; this is harvested with a normal combine.

However, Edward stressed: “You would want to lift it up so you are not taking in too much of the fibers; they are ridiculously strong. 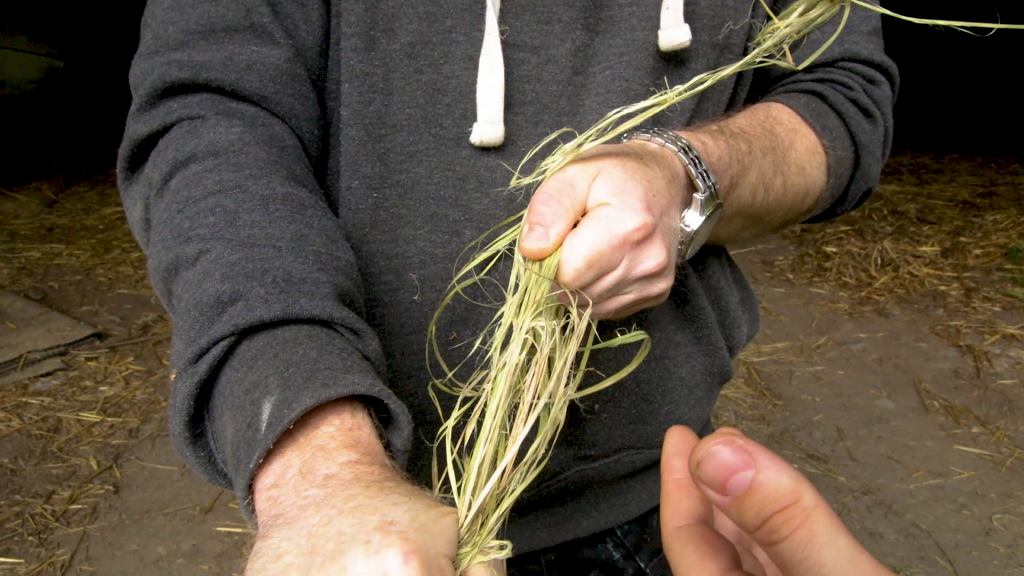 Once harvested, the seed is immediately dried from 20% moisture to an ideal moisture content of below 8% and Edward highlighted that the quicker the seed is dried, the better.

“My seed goes to Irish Health Oils where it is cold pressed into an oil and used for some foods. It’s full of poly-saturated fats and it’s really good. It’s so balanced and very high in protein,” he explained.

The by-product from harvesting is then baled and normally used as bedding on the farm. However, Edward hopes to sell these bales in the future and has got yields of up to 17 bales/ac in previous years, but he noted that these bales would only weigh 150kg.

While Edwards’ Finola crop will be harvested for seed three weeks after flowering, if farmers are growing for fibre, once it flowers, it will not grow any taller, so it can be harvested at this stage. 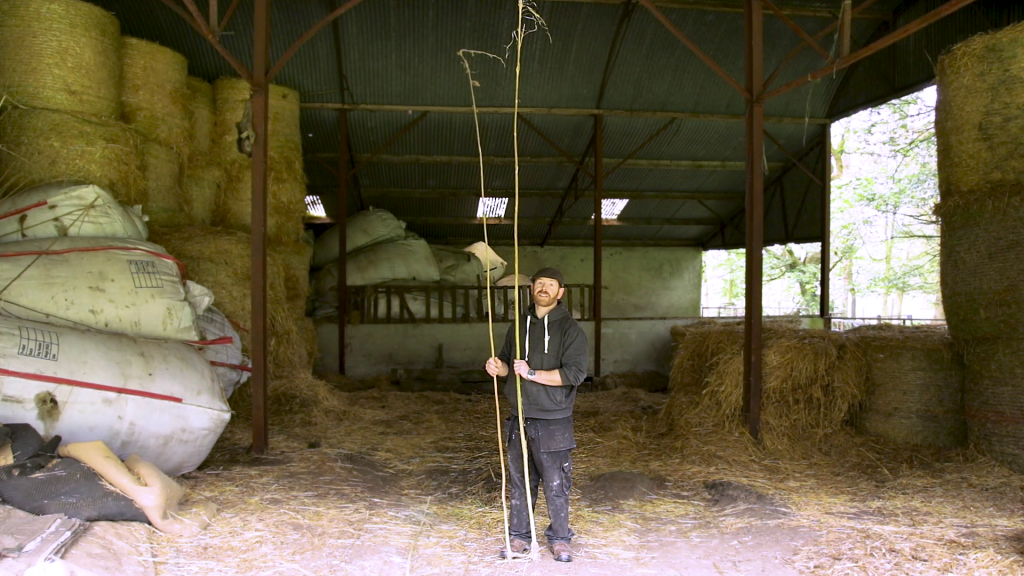 “Different varieties grow to different heights. This Finola variety will get to 4-5ft, but other varieties can get to 10-12ft and all the way to 18ft,” the Wicklow-based farmer explained.

While Edward acknowledged that there are many purposes for hemp, there are many barriers which will have to be overcome to make this crop a viable option for Irish farmers.

“At the moment, the markets are particularly small and, yes, it has all these applications, but the processors are not there so we have to get the Government behind this and get it going. The seed market is moving that little bit quicker.

“There are small processors being set up, but it’s cottage industry at the moment,” he added. 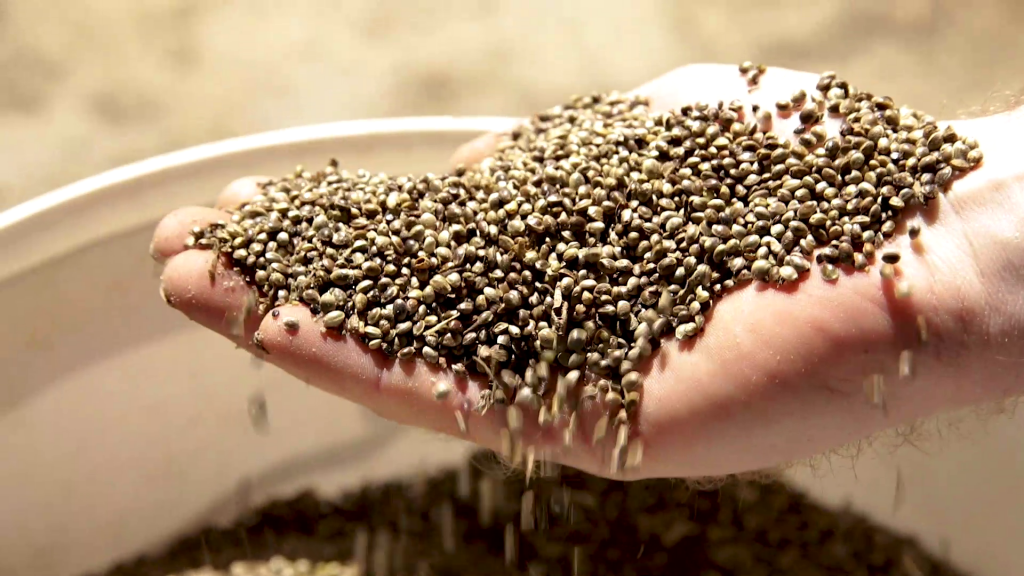 “They [the Government] need to see the opportunities and support the farmers; it ticks all the boxes for the environment. Fertiliser requirements are down and sprays are down.”

Edward believes that this crop is the way forward, but advised farmers thinking of stepping into this domain to thread carefully.

“I would advise farmers to start small because we are in the very early stages. Markets are only being developed, so don’t go too big too quick and see what fits into your own rotation. 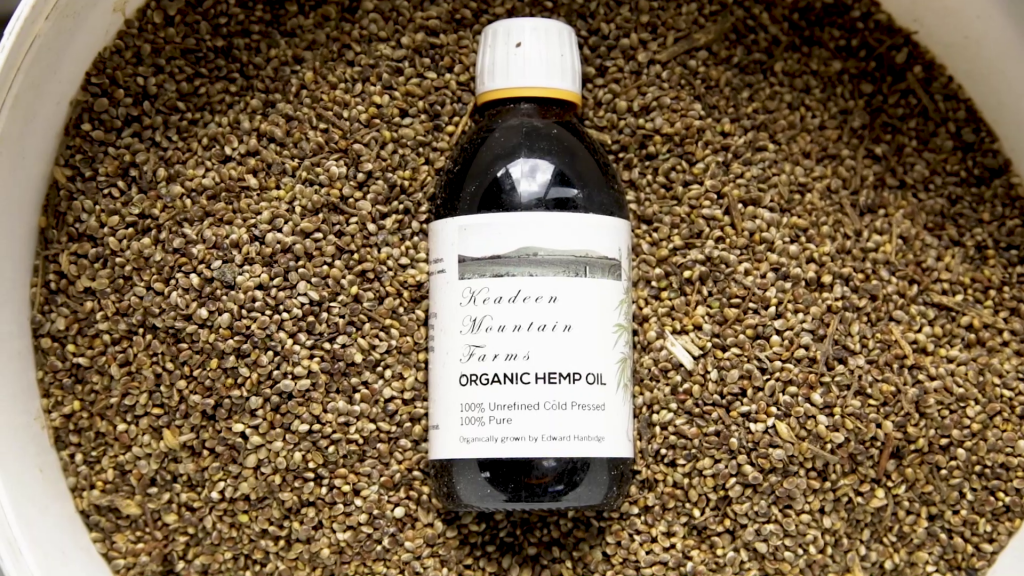 When it comes to growing a hemp crop, there are various stipulations and parameters involved in the application process.

These include a requirement that the plant not be grown adjacent to roads or public rights of way, and if the cultivator or farmer is not the end retailer, then a contract must be in place between these two individuals or businesses, and a copy of this contract must be provided to the Health Products Regulatory Authority (HPRA).

In addition, providing ordnance survey maps is also necessary, as is a Garda vetting process.

Hemp is derived from the cannabis plant, which contains the intoxicant tetrahydrocannabinol (THC). However, hemp, once cultivated, contains very little THC.

“The flowers are very lucrative, but that’s where the controversy and grey area is,” Edward added. 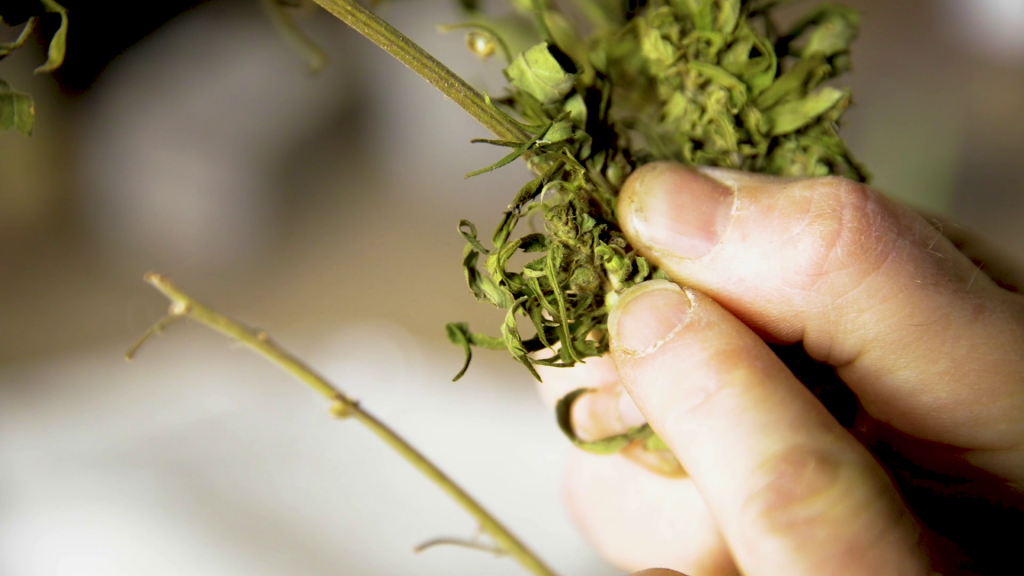 Commenting on the regulations, he said: “Farmers have to get a licence to grow it every year.

“The HPRA will want to know where the field is, who’s buying it and what variety you are sowing; the hardest part is getting the buyer.

“If we get the Government behind the hemp industry, and if we have the right equipment here in Ireland, we would get €350/t for the shiv and for the fibre you would get €650/t. 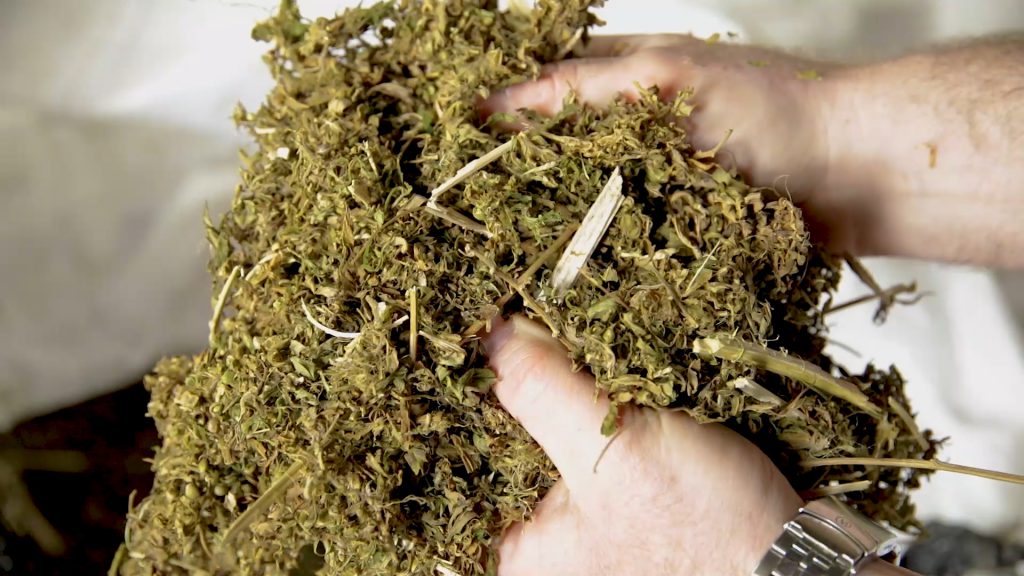