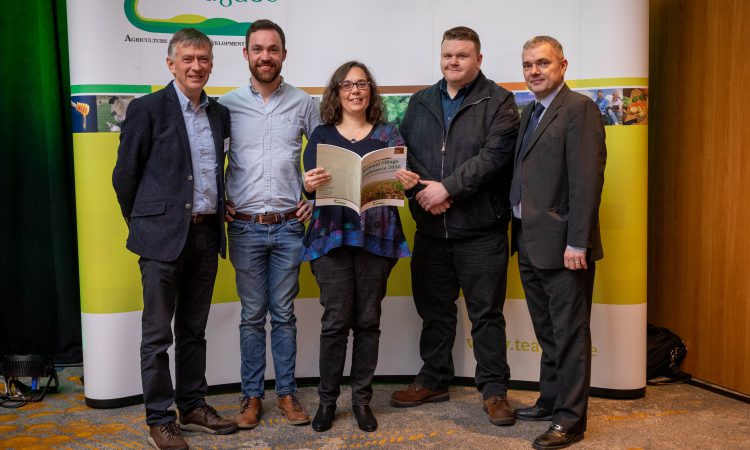 As tillage farmers look into sparse winter cereal crops, some will be faced with a decision on whether to re-sow or not.

Earlier this week, AgriLand tackled some of these issues. Continuing on from that, Shay Phelan – Teagasc tillage specialist – provided some practical tips to help tillage farmers to make that decision at the Teagasc National Tillage Conference, today, January 29.

The first statement that Shay made was that if a crop doesn’t look good it doesn’t mean that you re-sow it.

You have to look at the economics, not just the aesthetics.

He added that there are situations across the country, particularly in the north-east, where there is no decision to be made. Shay commented that there are crops in these areas which will have to be re-sowed.

Before farmers make any decision, Shay stated that they must assess their crop.

The table below shows viable plant counts for wheat, barley and oats.

It should be noted that there is a correction to the table. The viable plant count for oats is actually 90-275 plants/m². Oat crops are therefore viable at a plant count less than 90 plants/m². 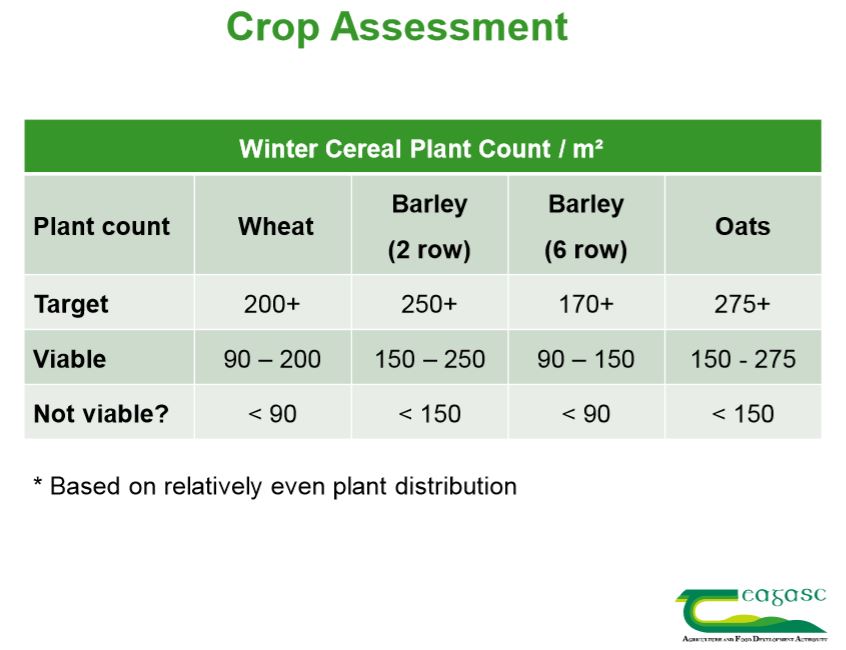 Shay then outlined that a farmer who decides to re-sow the next crop will have big costs to carry. The table (below) shows the costs associated with this. 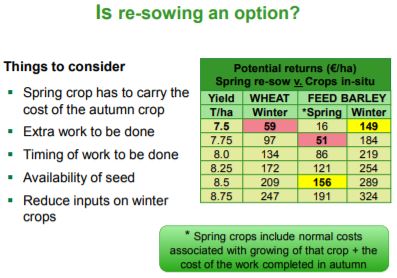 The costs outlined above, as well as workload, the timing of work and availability of seed are all things which need to be considered when re-sowing.

Shay also suggested fallow as an option to cut down on the heavy workload facing farmers this spring. However, that fallow land will not provide an income.

Once the crop is assessed and the decision has been made to keep the crop for the season, it is then important to “manage expectation”, Shay added. In other words, don’t put out inputs on crops when you know they’re not going to hit a certain yield.

For example, the table below shows nitrogen (N) requirements for winter wheat crops expected to reach yields of 8t/ha and 10t/ha. The difference in fertiliser costs between the two was €70/ha. 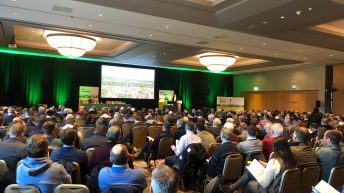