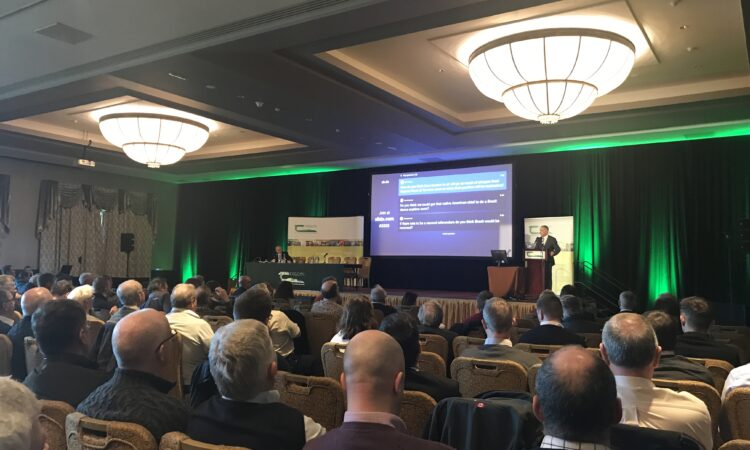 The conference began with a talk from Guy Smith – deputy president of the National Farmers’ Union in the UK.

The man who claims to come from the driest farm in the UK is someone who is well used to dealing with drought, but now faces a big challenge in Brexit.

He told the crowd: “The NFU is quite clear we do not want a hard Brexit. At best it would be high risk for our industry and at worst it would be catastrophic.

We are not playing politics. We are clearly pointing out the danger of a hard Brexit.

He continued on to say that: “You can not undo 40 years of trading relationships over night.”

Smith outlined that the majority of his farm inputs come from continental Europe. He also made the point that while his tractor is made in the UK, not far from his farm, much of his spare parts come from Europe which may slow him down at busy times of the year.

He continued on to say that the NFU wants a phased Brexit, in the same way that the country joined the EEC. It did so over a phased six year period.

Theme of the conference

Head of the Crops Environment and Land Use Programme (CELUP) at Teagasc, John Spink opened the event and explained that the theme of the event was based on future challenges including Brexit, pesticide registrations, pesticide regulations and the shrinking chemical toolbox.

Spink outlined that how we cope with change is important. He also noted the tough year gone by and described how some parts of the country were affected worse than others.

We’ve come through a very strange year. Not all bad, depending on where you were in the country.

However, he added that: “The prices didn’t cover the losses.” 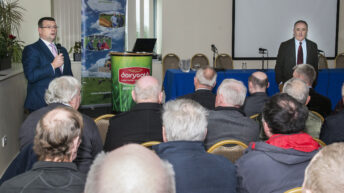