Three things Commissioner Hogan thinks that the CAP has to ensure

The European Commissioner for Agriculture and Rural Development is convinced that based on market experiences as well as international commitments, the CAP has to ensure these three items.

Commissioner Hogan said that he has always been impressed by the resilience of farmers and their determination to overcome whatever challenges they face.

However, despite this resilience, there continues to be circumstances in which it is appropriate for individual Member States, or the Commission, at European level, to intervene to support farmers, he said.

“We do so in many ways, the most obvious of which is through direct payments which provide income support for farmers and an essential safety net, without which the survival of many farmers would be threatened.

“During the past two years, we have essentially deployed the full toolkit available under the CMO and, I think it’s fair to say, to a positive effect.

“However, what the last two years have also shown is that we need to reconsider the effectiveness of the toolkit available.”

Commissioner Hogan said that some of the questions he would pose are:

The Commissioner said that the EU has to look at protecting farmers in a variety of effective ways.

“In considering in what ways this could be done, it is my determination that basic income support and an effective safety net will continue as an essential element of any new CAP through a system of direct payments.

“The Agricultural Markets Task Force, which reported just last month, made a significant contribution to identifying other ways in which we can support farmers, particularly in terms of achieving a fair return for their product.”

Strengthening the position of farmers in the food chain, precisely to strengthen their resilience and give them the possibility to reap the fair benefits of their work, is an aim of Commissioner Hogan in 2017.

“A more resilient agri-food sector within a stronger, fairer food chain will benefit every EU citizen.”

Meanwhile, a second principle which the Commissioner firmly believes in is that we must all adhere to is a more sustainable system of agricultural production.

At a time when there is so much debate around climate change, he said it is more vital than ever that Europe holds the line in this global existential challenge. And, in addressing that challenge, agriculture must play its full part, he said.

“We need to move away from empty rhetoric and engage in a meaningful conversation. I am engaged constructively and positively with all sides of this debate – now I want to play my part to bring them together.

“It is only by joining forces that we will be able to build on our shared experiences and identify appropriate solutions.

“In terms of developing a more sustainable system of agricultural production, let me be clear about what I mean.

“At last year’s [2016] Outlook Conference, I spoke about the issue of food security and the challenge presented by a rapidly rising world population.

Meeting the needs of that growing world population means producing more food with the limited resources available on the planet, Commissioner Hogan said.

“Water stress, soil degradation, reduced biodiversity and air pollution are becoming more and more pronounced and we have every interest to make sure that the status of our natural resources is enhanced.

“In order to “produce more with less”, significant investments in innovation and new technologies are needed. New technology can reduce inputs and avoid nutrient leakage from fields.

“Investments in new machinery will improve air quality and reduce GHG emissions. There are many other examples I could give here.” 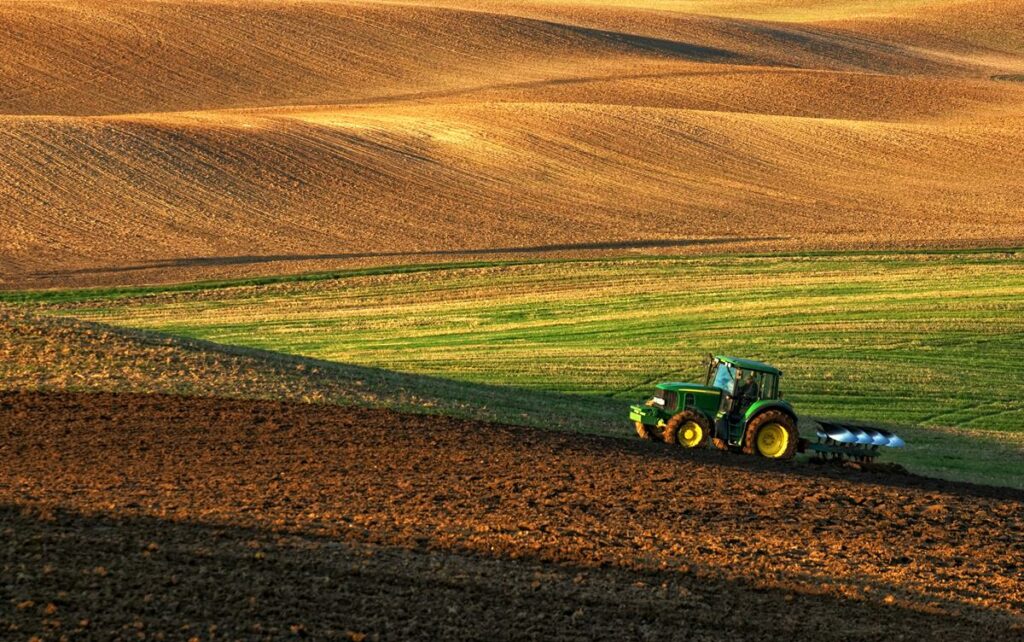 But, more importantly, he said that we need to exchange knowledge and best practice and engage with all actors to identify the best and most appropriate solutions for sustainable production.

Nobody doubts the need to protect the rural environment and, without farmers, who is going to do that?

“As I have said on many occasions, farmers are our “boots on the ground” to get the job done. If we are going to make increasing demands of farmers, as I believe is justified, then they deserve to be rewarded for the costs associated with the provision of those public goods, from which all of society benefits.

“We have the tools at our disposal, and multiple EU research, innovation and advisory bodies are working together to ensure that we deliver those public goods.

“However, this will not happen unless farmers are incentivised and rewarded for playing this crucial role on our behalf.”

Coupled to this issue of sustainable agricultural production is the need to bring in a new generation of young farmers and agri-entrepreneurs to take forward the baton, according to the Commissioner.

“The issue of generational renewal in EU agriculture is one that has been debated long before now.

The Commissioner said that generational renewal is an issue that goes far beyond a reduction in the average age of farmers in the EU.

It is about giving an opportunity to a new generation of highly-qualified young farmers, who might more accurately be described as scientists and innovators.

“If properly supported and incentivised, they have the capacity to bring the full benefits of technology to support sustainable farming practices in Europe.

“Young, highly-skilled farmers can bring the latest developments in innovation and technology from the classroom, the laboratory and the R&D department to the farm. They can give real effect to the idea of precision farming.” 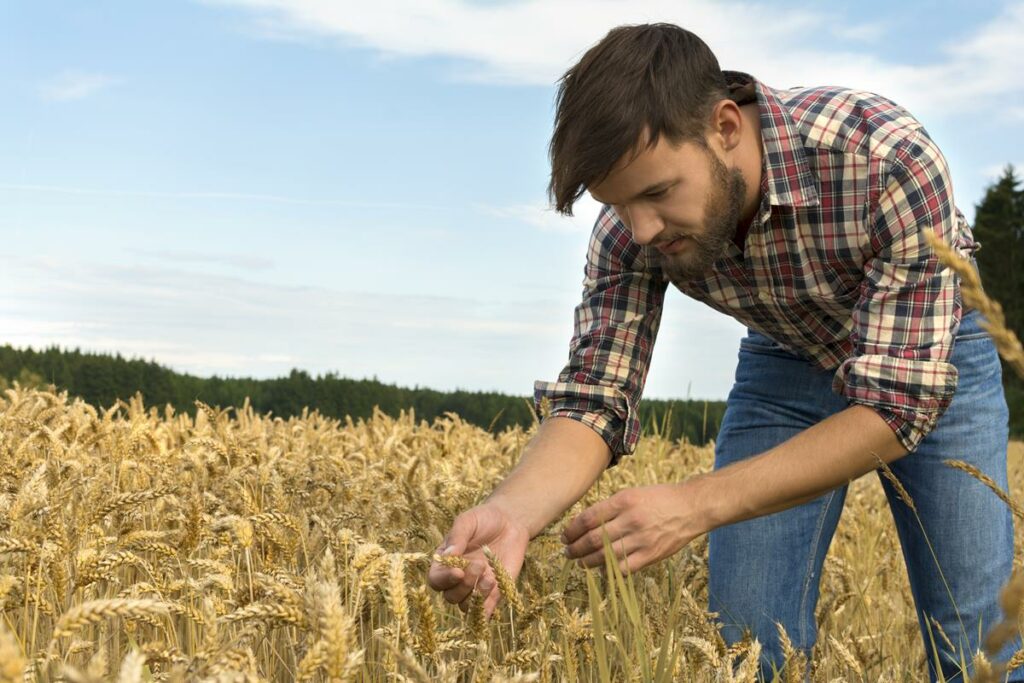 The benefits are there for all to see – it enhances competitiveness and our competitive advantage comes from reducing inputs and increasing yields but it also has potentially huge environmental and climate benefits in terms of reduced dependence on fertilisers, pesticides, and improved animal husbandry practices, the Commissioner said.

“There is no shortage of young people who want to get into farming, but many of them face imposing obstacles.”

I want to focus on those barriers which hinder young people from taking up agricultural activity, and identify better ways to remove those barriers.

At EU level, Commissioner Hogan said that there are a number of steps that can be taken.

“These include improving access to credit, providing a stable and predictable working environment and reducing bureaucracy and red tape.

“With regard to accessing credit, I am greatly encouraged by the significant increase in the number of managing authorities which are in the process of or seriously interested in providing for financial instruments.

“Loan funds are up and running in Estonia (for €34m) and Germany (for €10m), while Romania is close to signing an agreement for an €87m loan fund.

“Meanwhile, the first French region to establish an FI is about to be joined by a second.”

The Commissioner said that the simple fact is that if we can mobilise financial instruments of the right type and the right quantity, we can dramatically enhance the capacity of our farmers and agri-businesses to innovate, grow, export and create employment.

“The European Investment Bank has a vital role to play. While the EIB has taken a number of positive steps, I believe that they can do more and I will only be satisfied when they are fully on board.

“However, 2017 will see a suite of new and positive developments in financial instruments.

“Based on my recent engagements with the bank, I am increasingly confident that the EIB is ready to make that step change.”

I am proposing changes in legislation to help the EIB and DG Agri devise new financial support for farmers and agri-business.

As regards reducing red tape, Commissioner Hogan highlighted the progress that has been made over the last two years in terms of his simplification agenda and further proposals have been made to amend the basic acts in the so-called Omnibus Regulation, which he hopes the co-legislators will pass quickly to enable simple rules to become reality.

“[2017’s] Commission Communication will have at its heart the modernisation and simplification of the CAP, with a particular emphasis on simplification for the beneficiary.

“While simplification can benefit all of us – Commission, paying agencies and beneficiaries – my clear determination is to prioritise beneficiaries and I expect Member States to support that approach to the benefit of our farmers.”

The forthcoming public consultation on the Communication provides an ideal platform for debating all issues relating to the CAP, including generational renewal which is not so much a policy option, but is rather a policy imperative, he said.

“The clock is ticking and we need smart solutions now.”