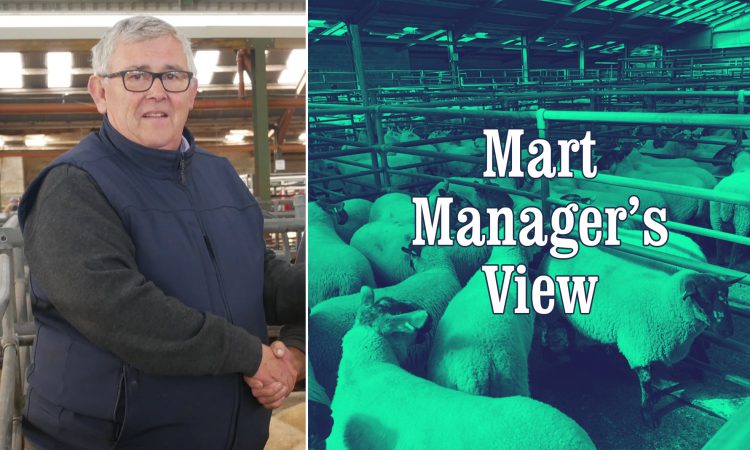 Some 300 sheep were on offer at Blessington Mart’s tender sale on Tuesday last, May 12.

There was an improved trade for spring lambs on the day, according to the mart manager, John Doyle.

Despite factory prices for hoggets, and in some cases spring lambs, taking a hit again this week, factory agents were still keen to get their hands on any stock that was fit to kill.

To find out more what the trade was like on the day, AgriLand caught up with Blessington Mart’s manager, John Doyle.

‘Spring lamb prices on the rise’

John noted an improved trade for spring lambs on the day, which he said had taken a knock over the last few weeks.

He explained: “Spring lamb prices were better by €2-4/head. Prices for these types topped out at around €138/head.

“In terms of hoggets, again, we saw a strong trade for those presented for sale. The top price on the day in this section was €137/head; however, in general, the majority of these types sold from €118/head up to €130/head.

“There is a scarcity of spring lambs and hoggets around this area at the minute. So, I feel that was a contributing factor to the strong trade that we saw on the day.”

He added: “We saw a strong demand for heavy ewes last Tuesday. Prices for these lots ranged from €124/head up to €140/head.

“On the other hand, store ewes were a solid trade. They traded for between €60/head and €115/head.

Ewes with lambs at foot are catching the ewe at the minute. Prices for ewes with both single and twin lambs ranged between €140/head and €230/head.

“Farmers are the main customers for ewes with lambs. They have a nice bit of grass at this time of the year and they’re just looking to get stock in to graze it. Last week, we had a couple of pens of breeding hoggets for sale and, again, it was farmers who swooped in for them.”

Speaking about the current Covid-19 situation, John said it was a tough time for everyone.

He explained: “The current situation we are in terms of running sales is obviously not the way we want it to be.

“However, to ensure the safety of our customers and staff, it’s important we continue to adhere to the rules and regulations that are in place.

“This way of trading could become the new normal for marts across the country and we just will have to accept it if that is the case. The only good thing is that the trade has remained strong.” 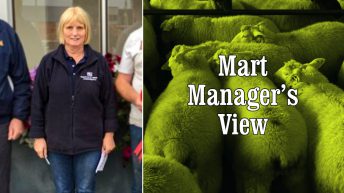