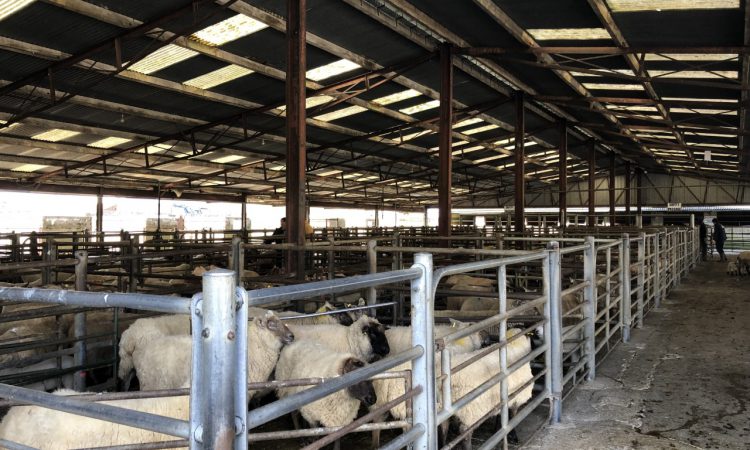 Ewe lambs for breeding and store lambs were the highlight of the sale – something which many mart managers have been reporting across the country over the last while.

To get an insight into what the trade was like across the board, AgriLand spoke to Eric.

He said: Factory lambs were brighter by €2/head – especially for the heavy lambs.

Well-fleshed lambs are scarce; we are seeing more large-framed lambs coming through that are lacking flesh.

Butcher and factory agents were very active and, also, there was a strong online presence as well.

Then we had lambs weighing 43-46kg making from €110/head up to €118/head. As you can see by them prices, it was a very lively trade, with butchers very active, particularly online.

The store lambs, as has been the case for many weeks, were a very strong. The standout price for stores was a pen of mixed lambs weighing 33kg making €93/head.

We had a lot of ‘middle of the road’ cast ewes on offer on Tuesday. We had plenty of feeding ewes, lacking flesh. They made from €15-20/head with the kilo. They have been a steady trade the past couple of weeks.

In the brood ring, numbers were tight, which has been the case all season so far. The weather was good on Tuesday, which probably was the reason for the smaller numbers, as farmers were anxious to get a few jobs done while the weather was fine.

But, still, hoggets have been making anywhere from €180/head up to €210/head. You won’t buy a lot less than that at the moment. On show days, the last few weeks, we have had hoggets making up to €250/head.

Ewe lambs are an outrageous trade at the moment. I saw 19 lambs weighing 37kg making €119/head. They were nothing fancy but they looked the part and came into a nice bit of money.

Last week, at our special breeding sale, ewe lambs made up to a tops of €262 – which is crazy money.

The feeling I’m getting ringside is that farmers are more interested in securing ewe lambs than hoggets at the moment.

There is an appetite there for sheep at the moment that we haven’t seen for a couple of years – and it’s great to see. 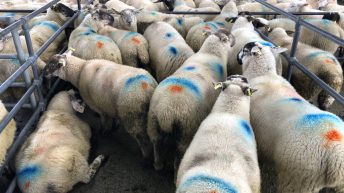