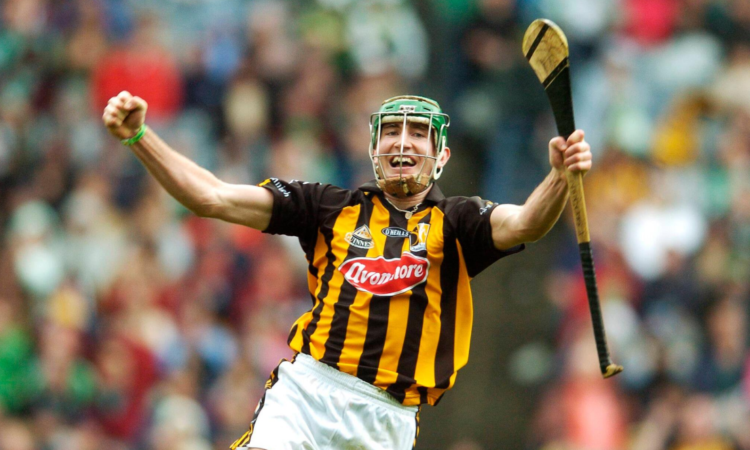 In light of the sizzling sunshine beaming down across the country, Kilkenny hurling legend of agricultural stock, Eddie Brennan, spoke to AgriLand about the importance of farmers protecting themselves from the sun’s harmful rays.

Eddie – who recently became an ambassador for cancer information and services charity the Marie Keating Foundation – spoke of the shock he got when he learned of the potential harm caused by over-exposure.

The former Kilkenny U-21s hurling manager recalled the lack of attention he’d paid to the issue when he was farming in Ballycallan as a young lad.

“When I was asked to join as an ambassador, I just thought back on my own circumstances. I realised that, for years, I’d just sit there in the sun and bake when I was out and about farming.

You’d be out doing bales and you just wouldn’t be in anyway cognisant of it whatsoever.

Eddie – who grew up on a small dairy, tillage and suckler holding – highlighted that, back then, when it came to skin cancer, the potential dangers wouldn’t have registered with him at all.

In fact, he went on to highlight that, when the sun came out at home on the family farm, there would be a drive to get out into the sunshine.

He explained: “It’s not so much the vanity of it or whatever; but it’s just having a bit of ‘colour’ – you’re healthy-looking is what we would have thought.

You’re just completely oblivious or even ignorant to the risk you’re putting yourself at. Sun-cream was very, very rarely used.

“It’s just down to education; you just wouldn’t have a breeze,” he said.

“There’s obviously been a lot of research and development since then; but, I just think probably a lot of it is still lost on an awful lot of people.

On the topic of sunscreen, Eddie – who has in his trophy cabinet a collection eight All-Irelands medals, 11 Leinster titles and five National Hurling League medals – agreed that the messy nature of applying it could be unappealing to farmers.

Commenting from a local context, ‘The Sunday Game’ RTE pundit explained that if a farmer turned to his friends and said: “I have to go put on sunscreen”, they’d probably be laughed at.

“It’s just not part and parcel of the day. A lot of them are good to wear hats and stuff like that, and maybe they think that because they’re inside in the tractor they’re not as exposed to it.

“But, the truth is, you’re out and about in the elements, day in day out, and the last fortnight here has been unbelievable,” he added.

“I’ve three kids so you’re just fierce conscious of that. Two of them would be light-skinned enough, so you’re just very aware that they’re out in the baking heat.

“Priority-wise I think, even just listening to the silage at the moment, the hum of the silage harvester just isn’t stopping. Farmers are probably going through the night a lot of them.

“They’re starting once it’s bright, at 4:00am in the morning they’re going, and they’re getting stuck into the middle of the day; while the sun is getting hotter and hotter and they’re not even aware of that.

When the good weather comes in, the priority is to get as much work as possible done, and putting on their sunblock wouldn’t even enter into a lot of people’s mind.

“As farmers often do, we talk about what goes on in the locality and that, ‘Jesus did you hear about so-and-so up the road?’

“But what we don’t ever think about is what are we doing to help ourselves,” he said.

Eddie is urging farmers to safeguard themselves from harmful rays – whether it’s through wearing different clothing, keeping in out of the sun at certain times, or putting on sunblock.

Eddie was straight forward with one potential avenue for greater awareness.

He said: “I find that the mammies at home often can be very strong-minded – if they say something, it flies.

So maybe the mammies might have a role to play in that, because usually if mammy says it – then that’s it, it’d be done.

When asked for his main message to farmers, Eddie said: “They just need to be aware of the dangers.

“The reality of it is that we go over to foreign countries where there’s an extremely warm climate, and we would not sit out in it for five or six hours solid.

“The locals come in out of it. So why should it be any different here?” he asks.

“[Farmers] just have to be a little bit smarter with it; and it’s only little things – I wouldn’t be advocating that people have to turn around and reinvent the wheel in relation to it; but just make small little changes here and there.

Even hydration and little things like that, ensuring that you’re in out of it, wearing a cap – because of the dangers; you’re doing untold damage.

“And that for me, was the thing that made me sit up a little bit when I was doing the research on this, saying ‘Jesus, for years you were leaving yourself wide open to it’.

Highlighting the motto of the current campaign being run by the Marie Keating Foundation – Sun Smart – Eddie reminded that the same principle applies for everybody.

Regarding his role as an ambassador for the foundation, the former All-Star said: “I’m just only after taking up with it now, so it’s something that we’ll be doing.

There’s a few more promotional events going on during the year. The hurling and the GAA and the farming go hand-in-hand so we’ll be going to matches to raise awareness and give out sunscreen.

Commenting on his own farming background, Eddie said that several years ago, the family had a small dairy farm, along with tillage and sucklers.

As well as this, the former forward for the ‘Cats’ explained that his family did a bit of contracting as well so he has plenty of silage drawing experience under his belt.

Once you could get the licence you’d be off drawing silage; so I suppose we’d have done a good bit of contract work over the summers as well.

Asked if he was still involved in farming, Eddie said: “I haven’t been I suppose because of the job that I do. I was away – I only moved home a year ago – so definitely the ambition would be to get back at it.

“It’s a great old lifestyle, you’re out in the fresh air, I always enjoyed it,” he said.

There’s a keen interest already coming from the next generation of Brennans too it seems, as the father-of-three says: “The middle fella has a big interest; he loves animals and loves being out and about; we’ll expose him to it anyway.”

While, there are no longer any cows being milked, the sucklers and tillage are still going strong, Eddie said.

“I remember going back two maybe three years ago, I tweeted a picture.

One day the mother was under pressure at home to pull a calf and I was in Kilkenny so I went out and ended up pulling the calf. The oldest lad thought this was just unreal ‘where did it come out of?’ he asked me.

“And I remember when I put it up I got a massive response on Twitter. The smallest lad now is loving it too; so we’ll see what happens next,” he said. 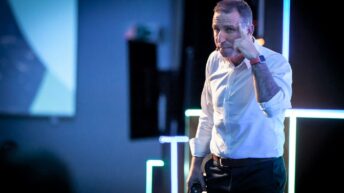