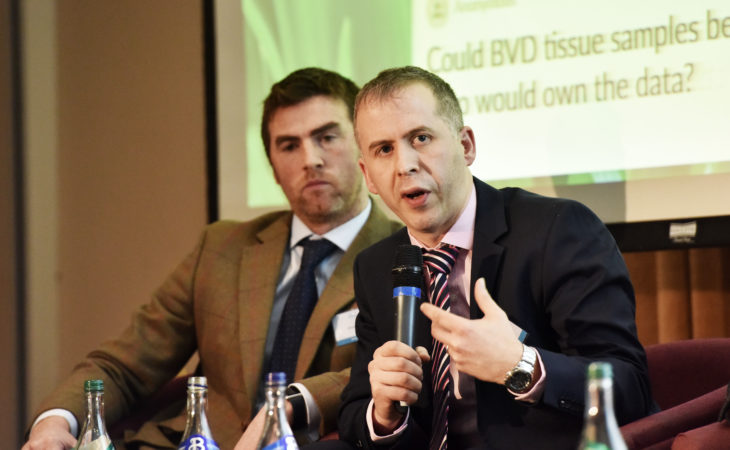 Investing in genetics is one of the most important decisions a farmer can make, but much of the good work done could be undermined by inaccurate parentage.

Teagasc’s Dr Donagh Berry told delegates at the Agri-Food and Bioscience Institute’s Scientific Outlook conference in Co. Antrim that breeding had already contributed to up to 90% of the improvement in performance in many species.

However, the effects could be stalled by inaccurate record keeping – particularly parentage.

Cork-based Berry told the crowd research in Ireland showed that up to 13% of commercial cattle and sheep had been registered with inaccurate parentage.

Similarly, up to 7% of dairy cattle had been mis-registered.

He said: “I would argue that breeding is essentially free. You have to put the animal in calf or in lamb to get progeny or to get the animal lactating so you might as well put good genetics in there as opposed to bad genetics.

When the milk price is low people say I won’t bother milk recording; I won’t bother artificially inseminating this year – I’ll just use a stock bull. If you introduce bad genes into the herd then it is going to be years or generations before you will be rid of them.

“From a management point of view I would actually say vaccinations are costly, using heat detection technology is costly, feeding the animals is costly; it is almost certainly a quick fix solution.

“You can use a CIDR [controlled internal drug release] and get an animal in calf, but you will probably keep the progeny so it really is exacerbating the situation.”

Since EBI – a profit-based index measuring genetic gain in euro terms – was launched, the Republic has seen its genetics rapidly improve.

The launch of the south’s national breeding programme – Gene Ireland – drove genetic gain by €12 a year. The Republic of Ireland was also second in the world to introduce genomic technology into dairying.

“We launched it in 2009 – that drove genetic gain up to €25 a year,” Berry added. “If you actually summed up the benefits since the year 2002, today this has been worth €1.1 billion to the Irish dairy industry.

“There is huge room for improvement in that. That is far less efficient than where we actually should be.

“Vets will tell you breeding is a waste of time and too slow, but we can make genetic progress just as quickly in fertility, TB, lameness or mastitis as we did in milk in dairy cows, if the willingness is there to do it.

“I wouldn’t recommend we should do it, as what you will end up with is goats as dairy cattle – but the potential is there to do it because there is a load of variability.”

Berry added that future research in the field would be likely to surround the inheritability of key traits.

“If you have 10% pedigree errors – if you were to fix them through DNA technology you can increase inheritabilty by 25% straight away,” he said.

“If you look at some of the research done in Nottingham, based on good commercial farmers, 5% of the cows were inseminated at the wrong time – there was no way they were going to go in calf.

“As geneticists we don’t know that information so we just assume she was genetically poor.” 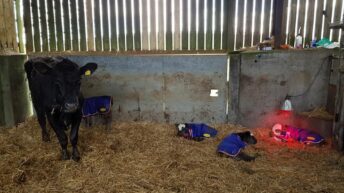 Meet the 1 in 11 million calves from Co. Down