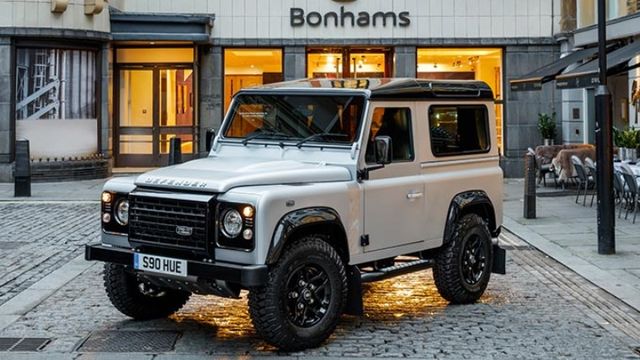 Production of one of the world’s most iconic jeeps ceased this week after 68 years.

The modern Land Rover Defenders are in many ways virtually the same as the very first Land Rover launched in April 1948, modelled on the war-time Jeep.

It is understood that time has been called on the Defender thanks to tough new European Union emissions regulations. On top of this, the jeep has struggled to keep pace with modern safety standards due to its ‘old-fashioned’ design.

Production of the Defender was supposed to end in December but a late surge in orders meant its expiry was pushed out into the new year.

The original Project Engineer for Land Rover recently gave his seal of approval to the Defender 2,000,000 on a recent visit back from Australia to the Solihull manufacturing facility in the UK.

Back in 1948 when Arthur Goddard, now aged 94, led the engineering team to produce what is now regarded worldwide as an automotive icon.

Arthur inspected the Defender 2,000,000 during his tour of the Defender production line and enjoyed a short drive along the road originally used to test the dynamics of the first Land Rovers.

You’ve got to be pleased with the Defender of today. It’s hardly changed since day one with its big fancy chassis and simple body shape. And it still keeps out the wind and rain!

Arthur Goddard and his team succeeded in engineering the Land Rover in a matter of months. It was post-war Britain and steel was scarce so a Birmabright aluminium body was designed around a steel box-section chassis which allowed the team to mould the metal into shape at the factory and eliminate the need for laborious and costly tooling and press work.

“We all thought we were doing something special here. It was all about function over form as we had the farmer and the agricultural community in mind but it very quickly exceeded those expectations.

“We were surprised when people started using it to take the children to school and do the weekly shop!,” he said.