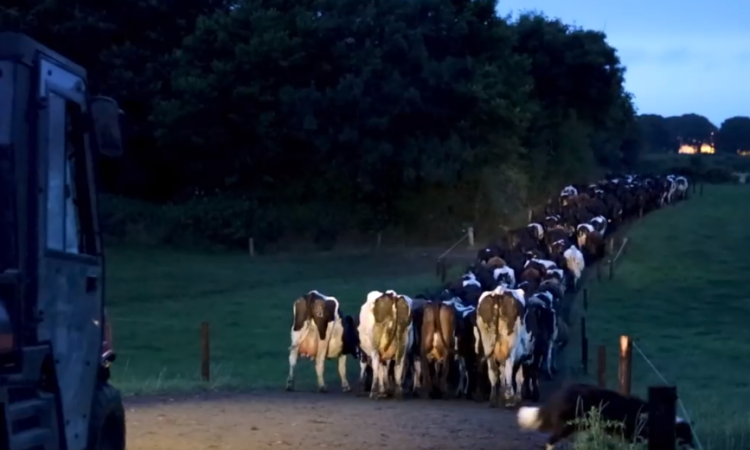 Over the past number of years, the farm has undergone quite a large expansion stage. While the number of cows milked on the holding changed, so too did the cow type on the farm.

Originally milking a 70-cow herd of high-yielding Holstein Friesian cows, Joe and Kathleen introduced Jersey genetics into the herd; the rest, as they say, is history.

The farm is currently stocked at 3.8LU/ha and Joe says that the expansion journey has been a major success.

“Everything has gone well in terms of expansion. In terms of production, we have hit our targets and exceeded them in some cases,” Joe said.

For the majority of the year, both Joe and Kathleen are the only labour units on the Tipperary-based holding. However, during the busy spring, additional labour is hired in to cope with the large number of cows calving down within a short period of time.

In the video (below), Joe Kirwan speaks about his new Saber Draft system after installation in spring 2018.

Calving commenced on February 10 and as of Friday, March 20, 170 cows have currently calved, with an additional 65 more still to come.

While the busy spring period has been progressing well, this year, the Kirwans – like the majority of the farmers in the country – are dealing with totally different challenges in terms of grazing conditions and grass growth.

“Last year, we went out to grass on February 14 and stayed out. This year, we got very little grazing done in February. Saying that, we’ve been out everyday in March and out most nights as well – albeit with difficult grazing conditions.

“It’s been a difficult spring grazing wise, but we’ve been getting some grass into the diet,” he added.

Once calving is completed and cows are out day and night full-time, attention will turn to the breeding season. As mentioned above, both Jersey and Friesian genetics are used on the farm; Joe aims to produce a medium-sized cow weighing approximately 520kg. 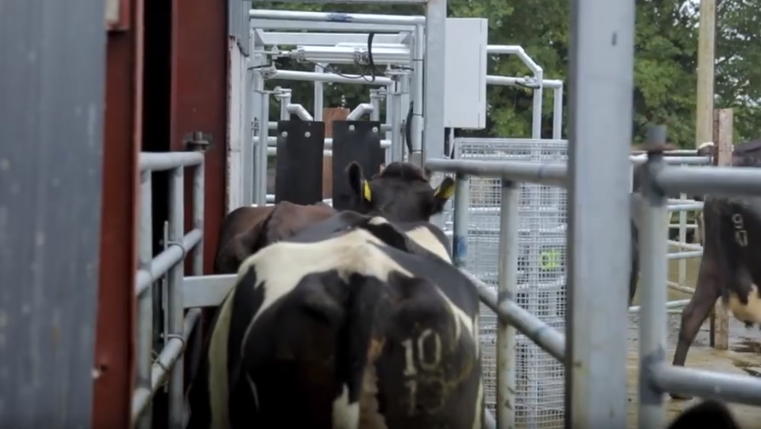 When the opportunity to expand presented, the Kirwans were faced with the decision to either invest in labour or facilities. They chose the latter.

So, along with investments in field infrastructure, a new milking parlour and housing, the Kirwans also purchased a Saber Draft unit.

On this, Joe said: “We find the drafter very important during winter. When you have little or no labour, and you have 240 cows, you need every bit of help you can get – that’s where the drafter comes in.

“Every Saturday, we put the cows through the drafter. I stand to one side with the remote and we just pull off the ones that are coming close to calving.

“There’s no hunting the cow; they are used to walking through it. Anything that is going to calve within one week is drafted and moved to a straw-bedded shed, close to the house where the cameras are.

“Normally, that’s a big job without the drafter; trying to draft 20-30 cows out of 240 is hard work and cows can get hurt, so the drafter is a huge help that way,” Joe explained. 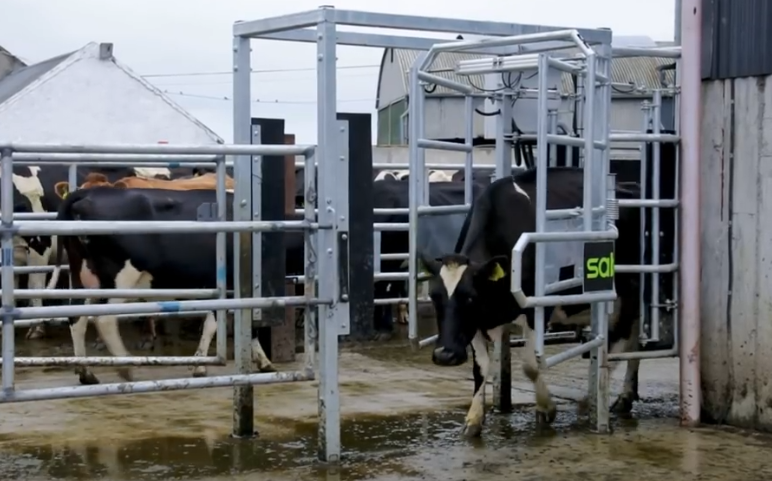 Continuing, he said: “We had a touch of lameness last autumn. If you footbath 240 cows at the one time, the footbath will get extremely dirty.

“But, if you can pull off 20 with the drafter and footbath them, you get a better result,” Joe added.

Naturally, the drafting system is a major help during the breeding season.

“The drafting system is an essential tool during the breeding season. If you had to go out and separate the cows with a gate you would delay everything.

“Even for drying off, we put the cows into the computer and they are waiting for you after milking – it is marvellous that way,” Joe added.

“So far the unit has been trouble free and I’d recommend it big time. It allows you to give individual care to a small number in the herd,” he concluded.