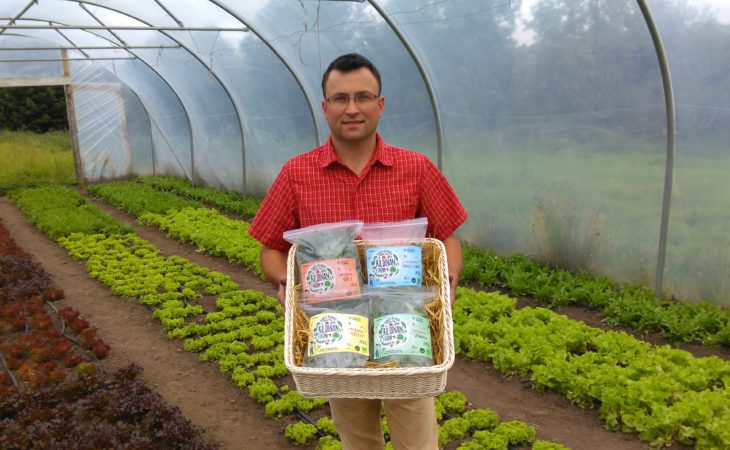 Having grown up in housing estates on Dublin’s northside, Rory and Sheila Magorrian found themselves transplanted to north Cork where they now run a thriving organic vegetable growing enterprise.

After being made redundant from his printing job, Rory looked to make a living off the land. “We had previously bought a house on 20ac after moving back to Ireland from Australia.

“House prices in Dublin were mad and Sheila had a sister living in Cork with her partner at that time. We thought we would give Cork a try and both got jobs – Sheila in accounts in a local Centra and me in a label printers in Ovens, Cork,” said Rory.

“The property we are living in now came on the market. The house and land were in a very poor state but it was cheap compared to other properties around so we bought it,” he said.

“We had rented out the land to a local dairy farmer, Pat Cody, who used it to cut silage off. When I was made redundant, I thought it might be an opportunity to try and use some of the land. Pat was a great help.

“Without him and his family, we would have really struggled to get going – two northside Dubs in the middle of north Cork didn’t really have much of a clue. They were, and still are, a great help and good friends.”

Other assistance came from Jim Cronin in Co. Clare. “I did an organic training course with Jim who is one of the top organic growers and teachers in Ireland. His course runs for a year through the growing season. He has been a great source of information,” Rory said.

The couple farm 5ac of the land which, they said, has full organic status. “Out of this, we have 2ac in crop production and use the other three to build fertility with cover crops such as green manures,” said Rory.

“The enterprise started off supplying a veg box scheme and local farmers markets, so we grew 20+ different types of veg initially.

“We now offer four products: organic rocket; spinach; kale; and our mixed salad bag,” Rory said. “We mainly supply into local SuperValu stores around Cork. We also have one or two restaurants that we supply,” Rory said,

“We have had paid staff and volunteers when we had all the different types of veg. This was high labour with high running costs so now it’s just the two of us running the enterprise,” he said.

The demand for organic is growing year on year without, in my opinion, any Government or organic body really pushing it. It has been driven by customer demand and then growers reacting to it.

“I think people are now more aware about how food is grown and produced and the effects on our bodies and mind. TV and media are fuelling this, and climate change is a hot topic at the moment. People are aware of food miles and over-packaging.

“Also, with social media, people can see exactly where their food is grown. If it’s local they may also get out to see the farm and the grower and make a real connection with the food from that farm,” Rory said.

“Our biggest challenge is trying to keep up a steady supply through the winter months. This can be a very financially valuable time of year but low light and heat levels mean we need six times more protected cover for crops than in the summer time,” he said.

“We have tried to overcome this by building small moveable cloches for winter leaf production. We are getting closer every year and hopefully this year we will have it right.

“Weather is a huge factor and it’s why we grow nearly all year round inside polytunnels or cloches, apart from kale which prefers outside conditions. We tried leaf crops outside but our weather is too unpredictable to be able to guarantee a steady harvest,” Rory said.

It hasn’t been an easy journey financially. “The income at the start was low and Sheila returned to work three days a week after the birth of our first child. So I looked after the baby and worked the other days to get things started,” said Rory.

Every year we grew but all the veg required a lot of labour with very little money coming in. It is really in the last two years that we became financially secure.

“This was when we focused on four crops into our local SuperValu shops. We do a few talks a year, in association with Jim Cronin, trying to help other growers improve their profits by doing the same,” he said.

“Our future plans are to add another seasonal crop or two into our local shops. We may also look at trying to supply another shop but only when we know we can supply all our current shops right through the year.” 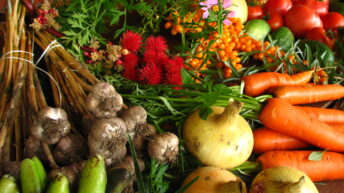