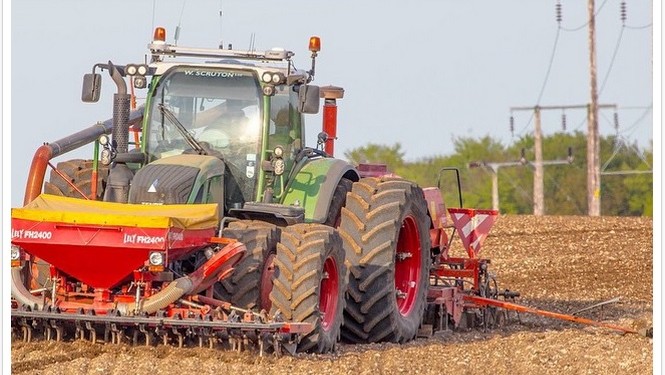 The one downside for cereal growers to the current good spell of weather is the risk that crops might be too advanced as they enter the winter months, according to Teagasc tillage advisor Conor Dobson.

“If this is the case, then crops might be slow to take off next spring,” he said.

“What we like to see is a period of slow, sustained growth post-drilling. The next 10 days should see all tillage operations wrapped for the year. The only exception to this will be the digging of late potato crops.

“The threat of Take-All can be heightened during periods of good autumn weather. For this reason, there are benefits in delaying the establishment of winter wheat crops until the last week in October.”

The Drogheda-based advisor confirmed that the acreage of winter barley grown in Ireland continues to increase.

“There are two reasons for this. One relates to the three crop rule, built into the new CAP regulations. The other reflects the reality that the scale of specialised tillage farms in Ireland continues to expand. And, as a consequence, growers want to broaden their harvest and crop establishment windows.”

Dobson said that the threat of Barley Yellow Dwarf Virus impacting on winter barley crops has diminished, given the development of new seed treatments.

“But farmers will also have the option of including a relevant insecticide in their spray tanks, should they opt to push ahead with early November weed control measures.”

Met Eireann confirmed that the current dry spell of weather may well continue for the next seven days, and possibly beyond.

“The high-pressure area sitting over Ireland and the UK is drawing up winds from the south east,” Met Eireann spokesman Hugh Daly said.

“This should ensure a period of relatively warm weather during daylight hours, with grass frost a feature of the night time hours. Good weather at this time of the year is not unknown.

“Yes, it has been dry. But it’s still too early to say that we are enjoying the driest autumn on record,” he said.