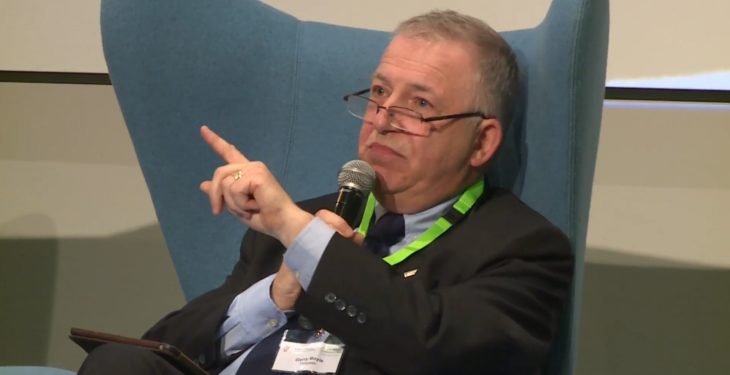 He appeared before the committee to discuss Teagasc’s financial statements for 2017.

Responding to a query from Fianna Fail TD, Bobby Aylward, regarding meeting targets set out in Food Harvest 2020 and Food Wise 2025, Prof. Boyle stated that he believes Teagasc gets “criticised unfairly” for advocating an unsustainable expansion strategy.

In response, he said: “We did nothing of the kind. We said time and time again to farmers: ‘Look to your own farm-gate first and improve your efficiency before you increase your cow numbers.’

That message doesn’t always get across. Particularly in a rapidly changing situation where farmers may be used to providing fodder for 50 or 60 or 70 cows and they’re doubling their cows over a couple of years and they just took a chance.

“We still have the situation where on dairy farms the average utilisation of grass is only 7t/ha. The capacity, and we know this from PastureBase Ireland, is double that.”

The director of Teagasc stated that the authority is focusing all of its efforts around efficiency.

Continuing, he added: “If a farmer clearly is not capable of generating efficiency in terms of grass production for the stock that they have on their farm, that is not a sustainable position.

“That is the clear message that we are trying to send out. But I admit it can be difficult, at times, to get that message across.”

Furthermore, Fine Gael TD Pat Deering questioned Prof. Boyle on his thoughts around how “ambitious” targets under Food Wise 2025 can be balanced with the challenges that climate change present at the moment.

The director of Teagasc outlined that he has on gone on the record in the past as saying there is an “incompatibility” between the trajectory for cow numbers and Ireland’s 2030 greenhouse gas obligations.

We have identified – Teagasc with the department and other bodies that are researching this area – mitigation and sequestration options. But they will not be sufficient to offset the trajectory in terms of cow numbers; that’s the reality.

“That is something that has to be faced up to,” he said.

However, Prof. Boyle believes that the Irish agricultural sector is not playing catch up in terms of climate change.

“I personally think agriculture has been to the fore in – first of all – acknowledging the challenge that exists to the sector and secondly – and most importantly – in identifying solutions.

“My colleagues in Teagasc, along with colleagues in universities and so on, have identified a number of measures both in agriculture – in relation to mitigation options and in relation to sequestration – and also in regards to the replacement of fossil fuels with biomass-based renewables,” he concluded. 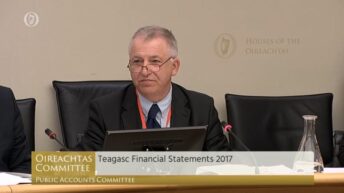