Two new appointments have been made to the Teagasc Authority board, the agency has revealed.

Patrick Duffy of Breanross, Mohill, Co. Leitrim and John Buckley from Aughaville, Bantry, Co. Cork have been appointed to the authority for five-year terms by the Minister for Agriculture, Food and the Marine, Michael Creed.

The new chairman of Teagasc, Liam Herlihy, welcomed both new members and congratulated them on their appointment at the board meeting today (Wednesday, October 3).

“Both individuals bring a wealth of experience and knowledge of agriculture, farming and the food industry to the Teagasc Authority, and I look forward to working closely with them over the coming years,” Herlihy said.

Leitrim dairy farmer Patrick Duffy is chairman of the Aurivo Co-operative Society. He holds a Diploma in Corporate Direction (Food Business) from UCC and has been a member of the Aurivo board since 2002, serving as vice chairman for six years between 2008 and 2014 before becoming chairman in 2016.

Duffy was nominated by ICOS.

John Buckley is a dairy farmer from west Cork and was nominated by Macra na Feirme.

Advertisement
A former winner of the 2013 FBD Young Farmer of the Year competition, Buckley was awarded a Nuffield Scholarship in 2015 to examine the labour issue on farms in Ireland.

Padraig Gibbons and Alan Jagoe have both stepped down from the Teagasc Authority having completed their respective terms.

Herlihy thanked both men for their contributions to the organisation.

“They brought different knowledge, expertise and skill sets to the organisation, making an invaluable contribution to the decision making of the Teagasc Authority.

“I want to thank both for their commitment and their excellent contributions to Teagasc over many years.”

Herlihy also paid tribute to the outgoing chairman Dr. Noel Cawley for the outstanding service he has given to Teagasc over the last 10 years as chairman. 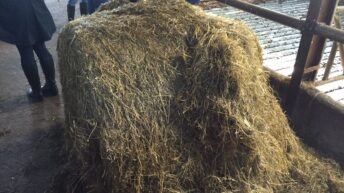 Fodder and finance budgeting: Have you sufficient plans in place?