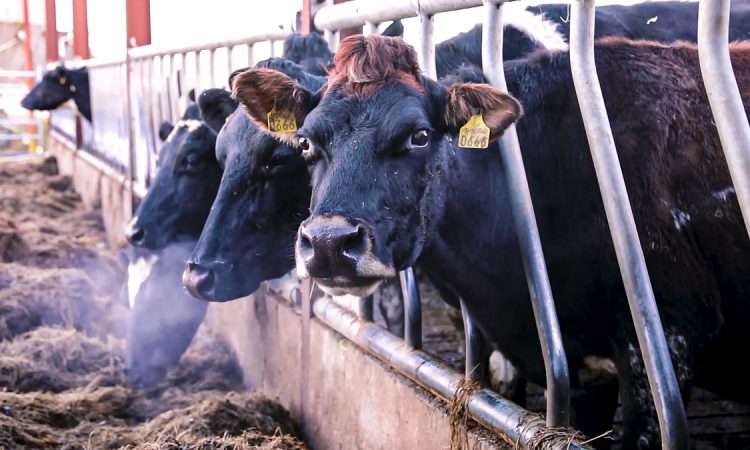 For many years the disinfection properties of chlorine dioxide have been known.

Chlorine dioxide is such an effective disinfectant because, as a gas, it can get to more places than a liquid would. It has been widely used in the drinks industry, where disinfecting pipes properly is vital, and where a liquid disinfectant might not always make contact with all of the surfaces.

In contrast, a gas disinfects all the surfaces – even, and most importantly, the ones that seem almost impossible to reach.

Chlorine dioxide also plays a vital role in the dairy industry – used in teat spray it provides farmers with next-level protection against bacteria.

The benefits of using chlorine dioxide in teat spray

Over a number of years, many Agrineeds’ customers across Ireland have benefited from using Valiant – most of them choosing to use the Valiant Versatile post milking teat spray. The principal anti-bacterial in Versatile is chlorine dioxide.

Cormac Guinan, Agrineeds, commented: “Given the bacterial challenge that many of our customers’ cows face, Valiant Versatile has been proven to do a great job over many years.

“Customers have come to see it as a vital component in their udder health toolbox. It just works for them! Some who’ve previously struggled to control cell counts have found that Valiant offers them the solution they’ve been looking for.”

Tadhg Sweeney, Kilcormac, Co. Offaly, owns the Frankford herd. He uses Valiant Versatile as a post milking teat spray in the winter and Valiant Everyday Ultra as a post spray during the summer.

Tadhg commented: “I’m milking a herd of black and white cows on a grass-based system. For me, health, longevity and production are the key to profit.

“Agrineeds in Birr has supplied me with Valiant teat spray for many years now. I would not swap it for another product. It’s done a great job for udder health.”

Paul Nunn, of Genus ABS, which sells Valiant across Europe, commented: “Today’s dairy farmers face a real challenge. They are rightly driven to improve milk hygiene by processors, but they have to do that partly by fighting an unseen enemy.

“The massive bacterial challenge farmers face means using a teat disinfectant with potent capabilities is essential. Valiant Versatile and the chlorine dioxide in it provides superb disinfection without the risk of residues and it’s hugely valued by many of our customers.”

Trials conducted at an independent lab at Cambridge, England, in 2016 demonstrated that, even when Valiant teat dips containing chlorine dioxide were used as a pre-foam and as a post-dip, there was no measurable chlorine contamination of the milk. 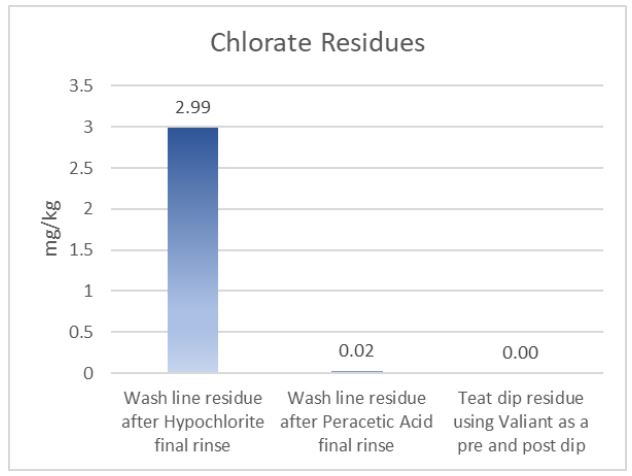 Less than 0.01mg/kg of chlorate is deemed as being unmeasurable. During the trials at Cambridge, the various teat dip treatments did not result in levels that were measurable.

However, where hypochlorite was used in the final rinse extremely high levels averaging 2.99mg/kg were found.

Paul added: “The desire to control residues in milk is understandable, but measures to achieve this must be correctly targeted, and they must not compromise farmers’ ability to do the best job possible.

“The ‘Cambridge trials’ clearly demonstrated where the problem sits, and reminds us all that using chemicals carefully, correctly metered out is vital, even if they are extremely cheap like hypochlorite.”

“While many actives and products have had residue issues over the past years, from our own local in-depth testing on farm we have never seen any chlorate or chlorine residue from chlorine dioxide teat dip products used on dairy cows.

“This is further backed up by the fact that there has not been a European Pharmacovigilance report for over 20 years where it’s been shown that an Ecolab chlorine dioxide product has caused a residue issue.” 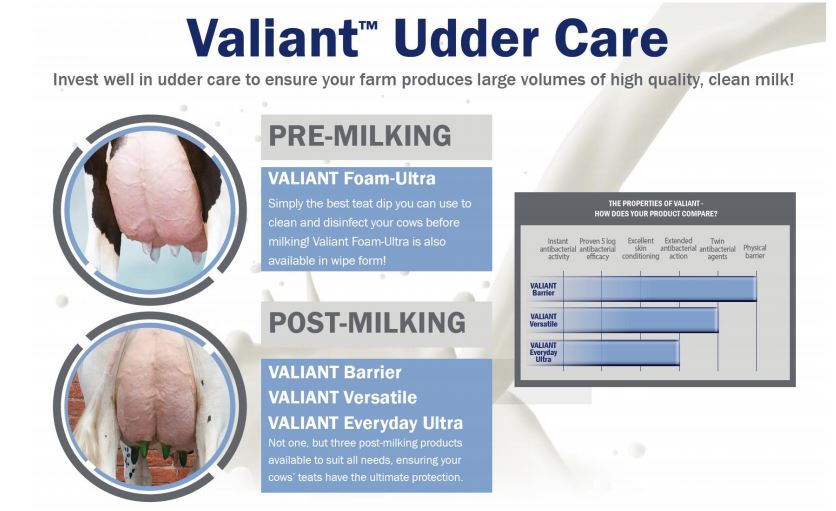 Valiant ‘has played a major role in keeping my herd healthy’

He commented: “Our production is mostly grass based. Controlling mastitis helps in a big way to keep culling rates low. It is the number one priority for me.

“Valiant Versatile teat spray has really helped with this. It’s the best spray that I’ve come across that continues to work year-in, year-out and has played a major role in keeping my herd healthy for many years now.” 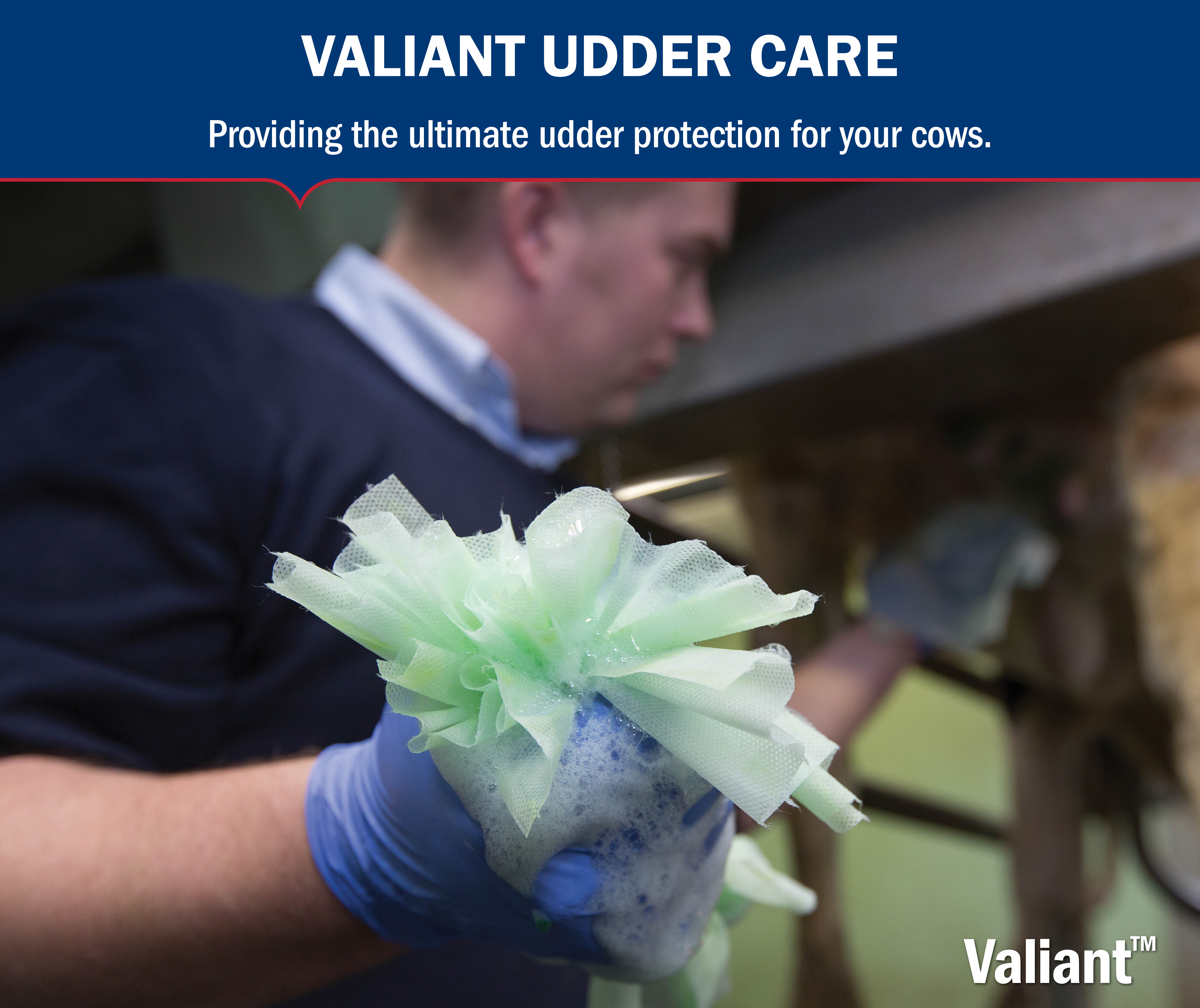 He said: “Good udder health is so important when producing milk all-year-round. I find Valiant Foam Ultra Wipes keep the cow’s teats clean and healthy even when ground conditions are very poor. It has been a big help in keeping mastitis under control.”