Table: How much CAP money is earmarked for farmers over the next 7 years?

The European Council has presented its “agreed” budget for the Common Agricultural Policy (CAP), as part of the wider Multiannual Financial Framework (MFF), in two different formats.

The two differing formats are depicted separately (in each of the two tables below) – showing the planned spend over the next seven years.

For the record, a budget of €356.3 billion (in what the council refers to as ‘2018 prices’) has been set under the heading of ‘Natural Resources and Environment’. Of this, €258.6 billion will be allocated to market-related expenditure and direct payments.

The official council document states that “direct payments, under the CAP Strategic Plan Regulation, will not exceed €239.9 billion”.

Also Read: CAP budget ‘agreed’ for the next 7 years

In this table (below), the figures are presented in ‘2018 prices‘ format; i.e. figures are represented by their value in the year 2018, independent of post-2018 inflation. 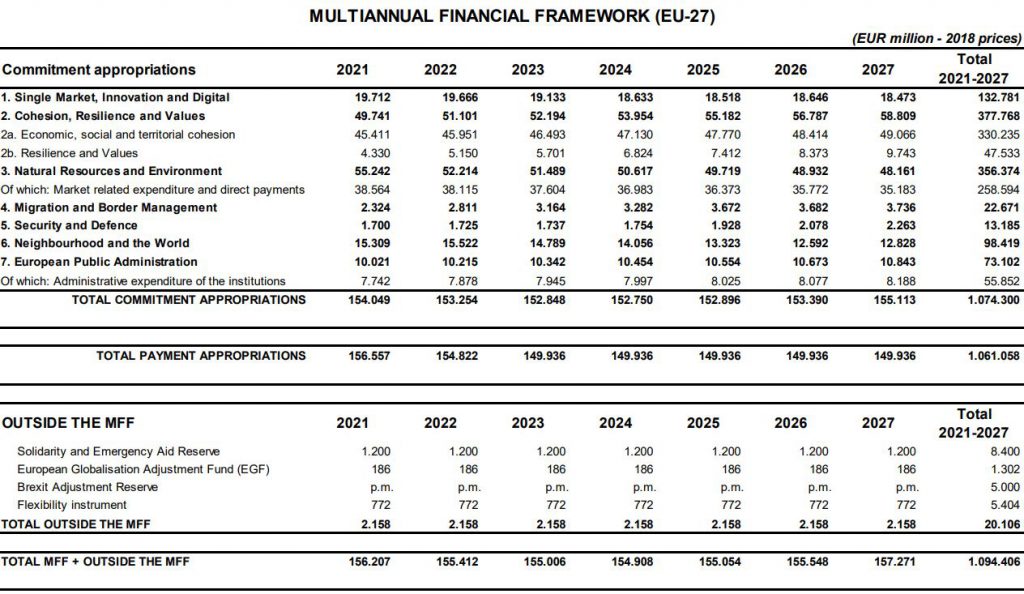 In this further table (below), the figures are presented in ‘current prices‘ format; i.e. figures apparently take account of post-2018 inflation (using an agreed “deflator” – reportedly fixed at 2%). 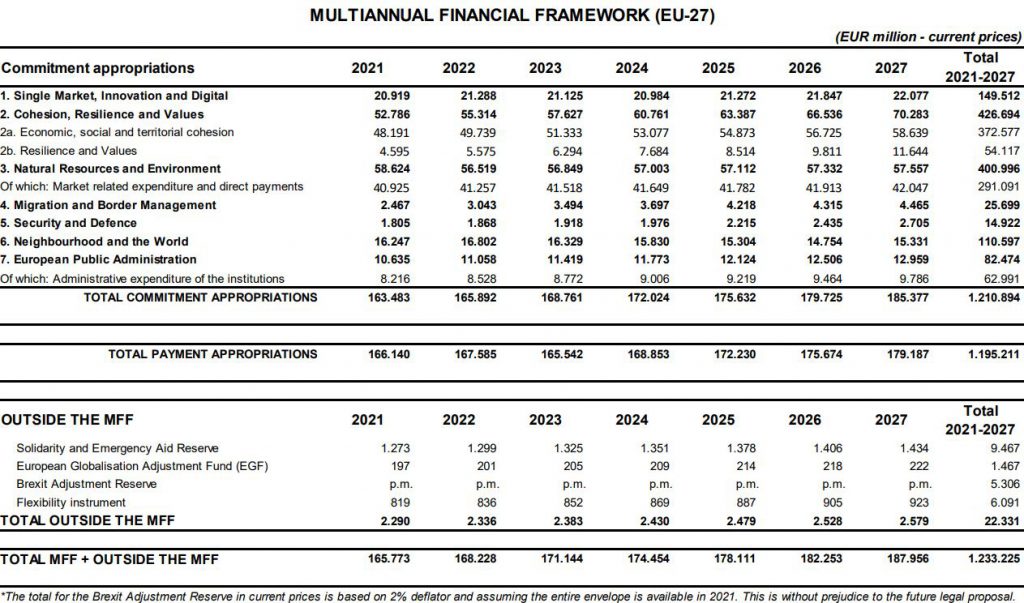 Looking at CAP in further detail, while retaining Pillar I and Pillar II sub-headings, a new delivery model brings both pillars under a single programming instrument – namely the CAP Strategic Plan.

Capping of direct payments, for “large beneficiaries”, will be introduced on a voluntary basis at the level of €100,000. It will apply only to the Basic Income Support for Sustainability (BISS).

When applying capping, member states may “subtract all labour-related costs from the amount of BISS per beneficiary”.

This will be “financed proportionately by all member states”.