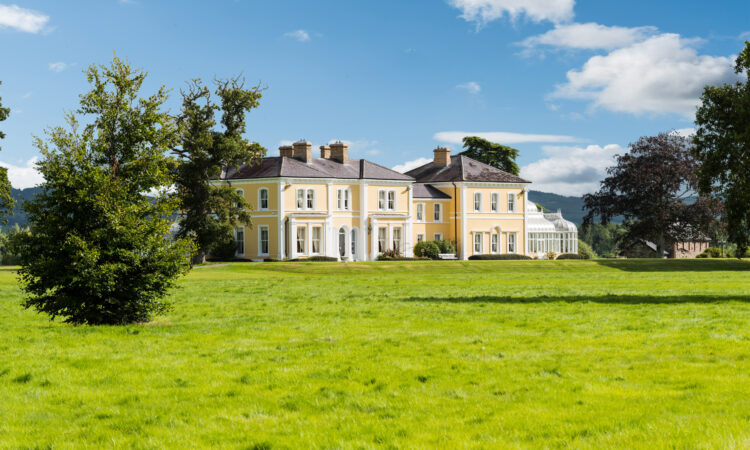 The estate itself is situated on the edge of the River Suir while being fantastically secluded. However, as private as it may be, it has brilliantly accessible routes such as: the M9 – Waterford to Dublin; the N24 – to Limerick city; and the N25 – to Cork city.

Portlaw is situated 2km from the estate, and provides everyday amenities such as: a greengrocers; cafes; a post office; a primary school; a health centre; and four public houses. 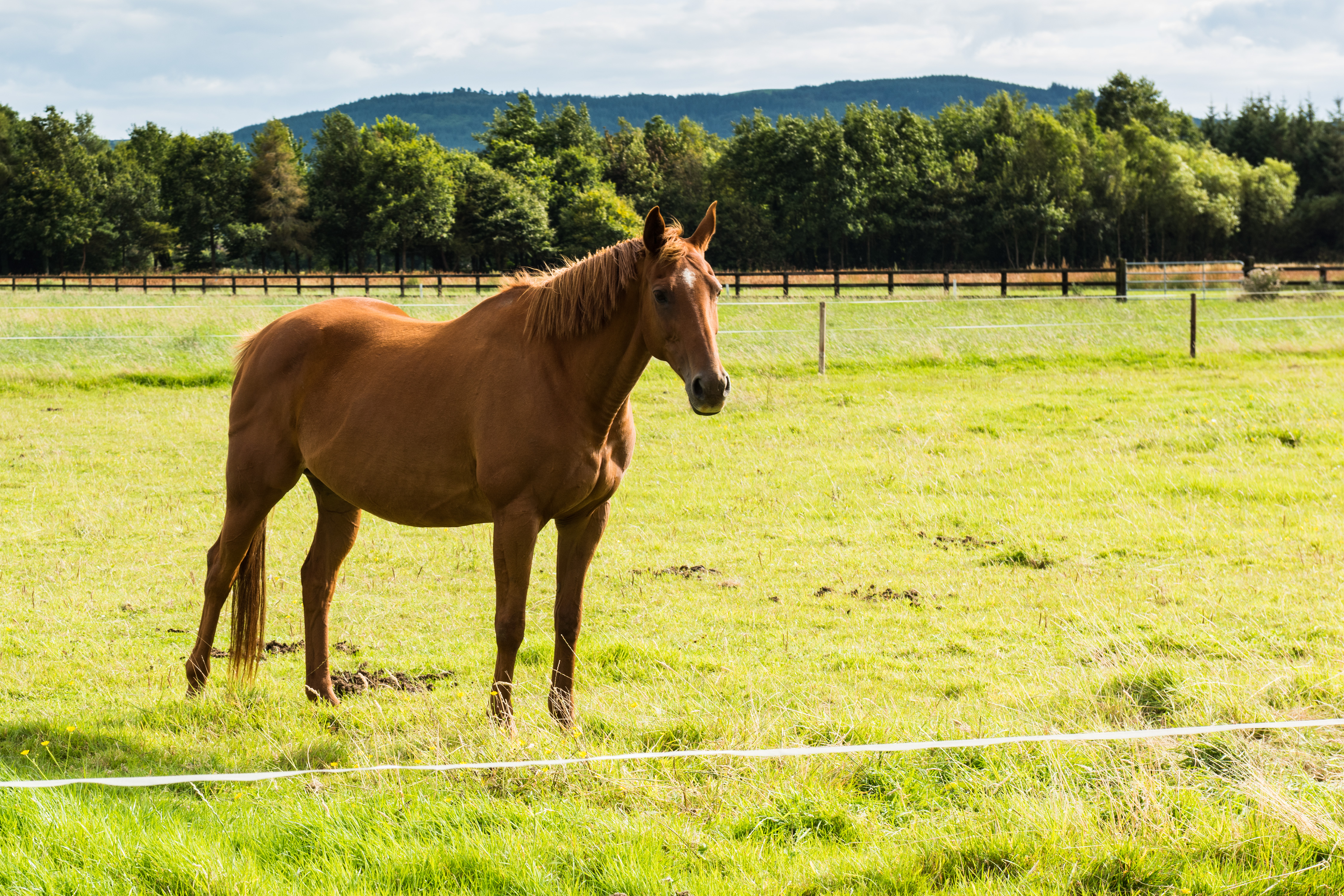 Advantageously, the area is synonymous with equestrianism. Tramore racecourse lies 22km in distance from the property.

The entire estate, 11,499ft², is being looked after by Savills estate agents.

The original Rocketts Castle mesmerises with its long-standing and ancient history, dating as far back as 1212 where it was constructed by a Norman family.

For any history buff, the residence boasts a myriad of inhabitants such as the Earl of Ormond; Richard Strange; Sir Algernon May; the Medlycott family (1787); and the Doyle family (20th century). 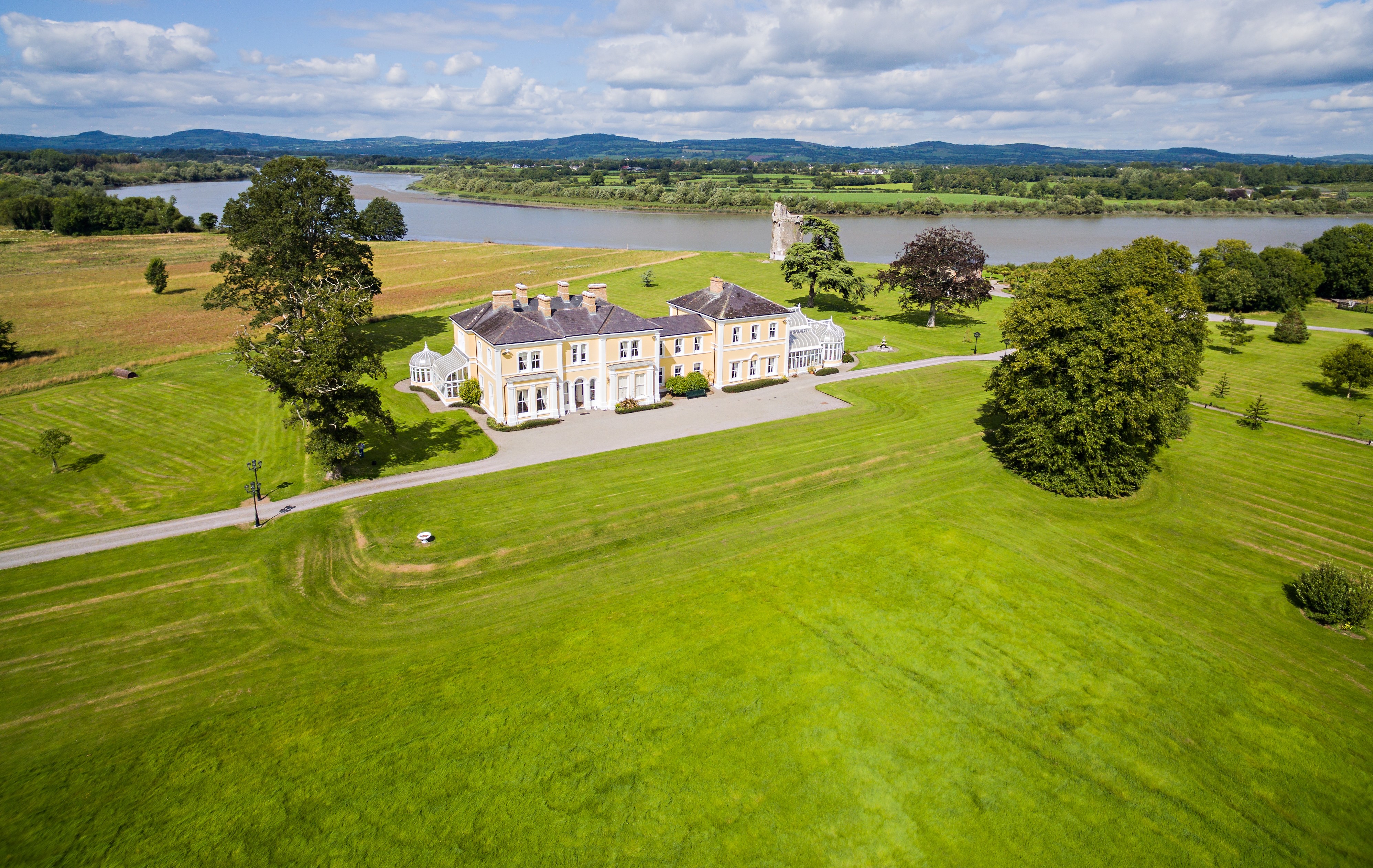 The property itself is highly maintained, when a Russian spent his tenure of eight years committing to a complete renovation and refurbishment of the house and buildings.

The present owners, who purchased the property in 2005, have continued to improve upon it.

Rocketts Castle is accessed via a pea-gravel driveway, past a cast-iron electric-gated entrance, up to the gravel parking area at the front. 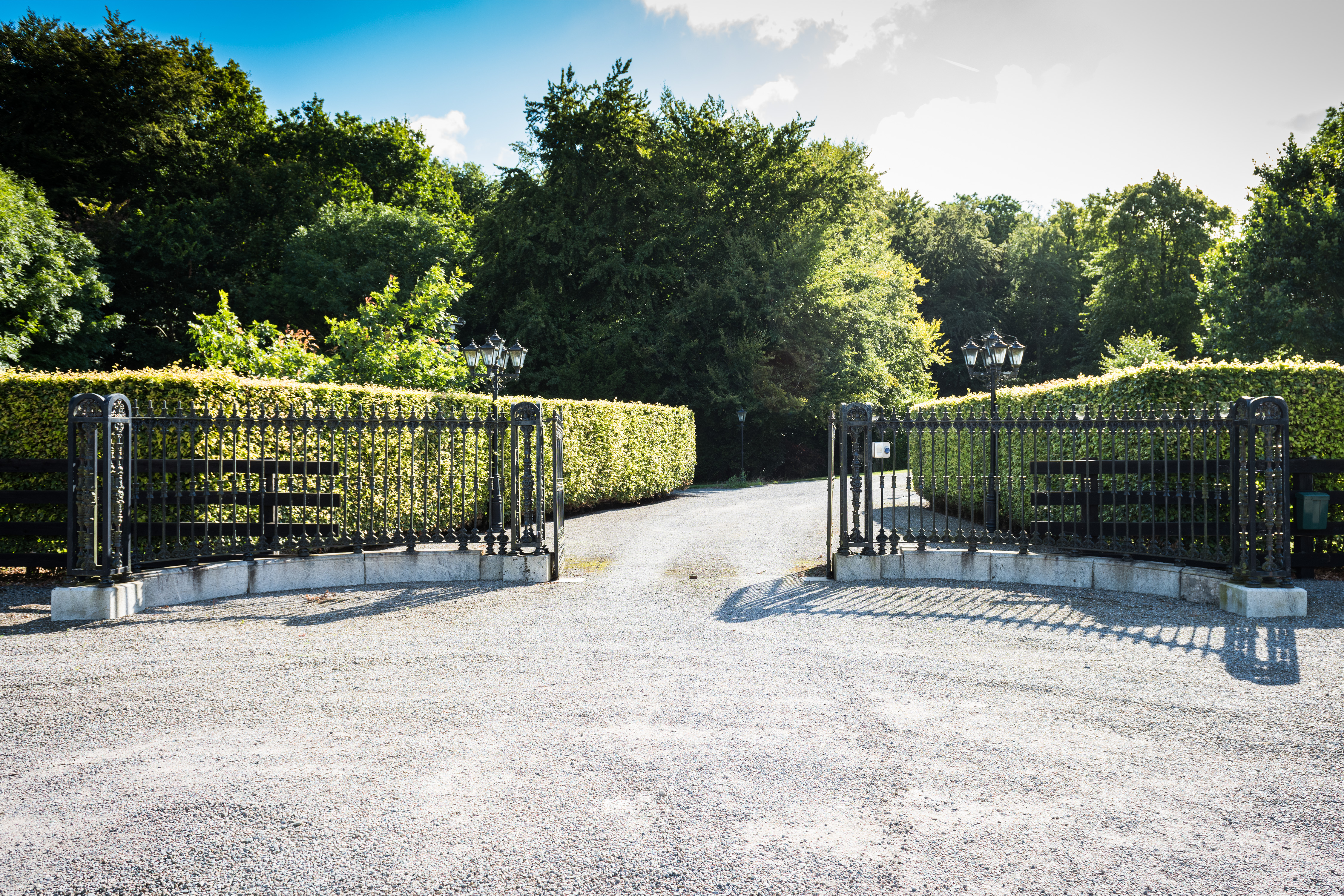 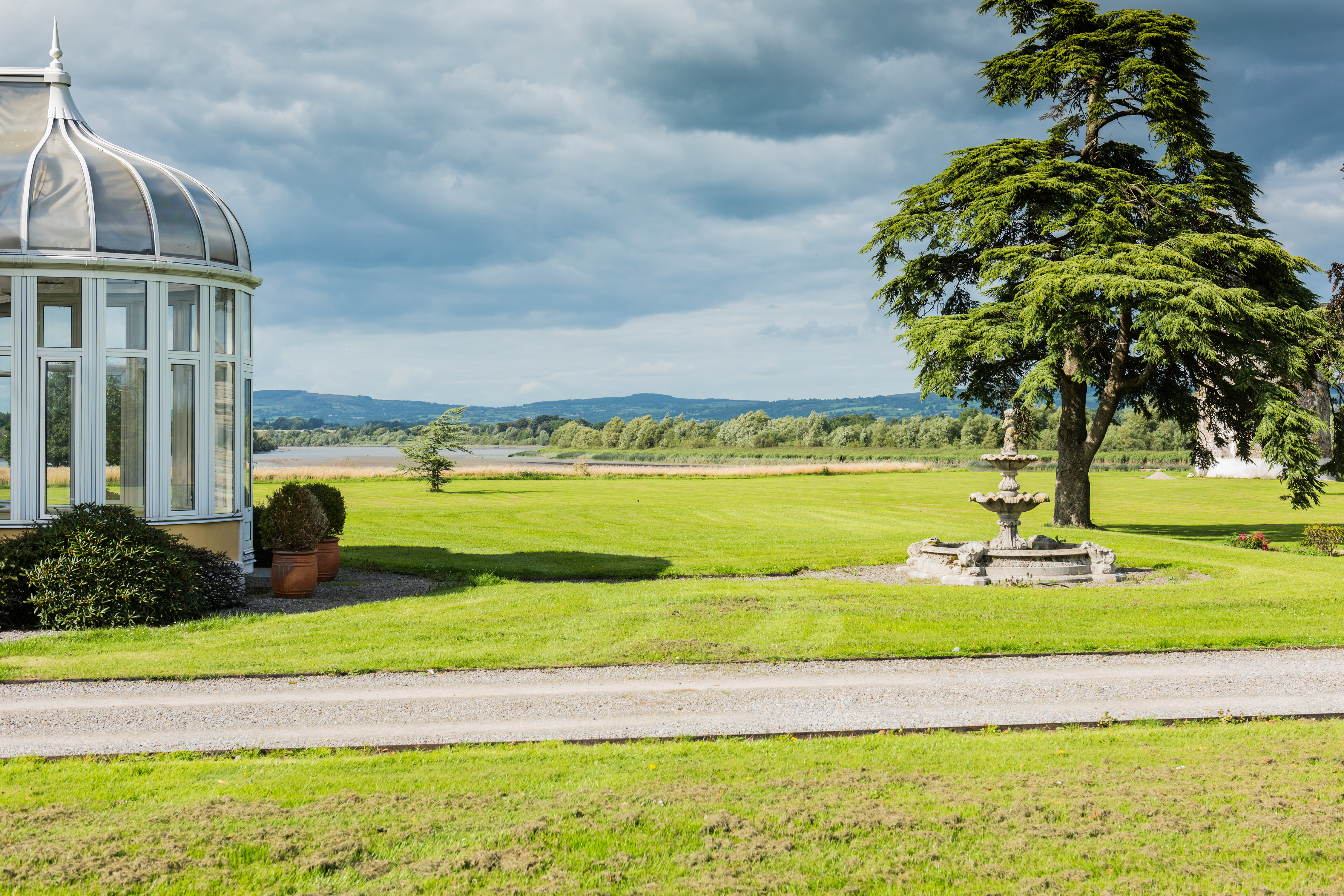 The ground floor, with a total area of 11,499ft², comprises: an entrance hall; a smoking room; a drawing room; a games room; a dining room; a kitchen; a bar; a billiards room; a switch room; a gun room; two WC; and three separate-room conservatories. 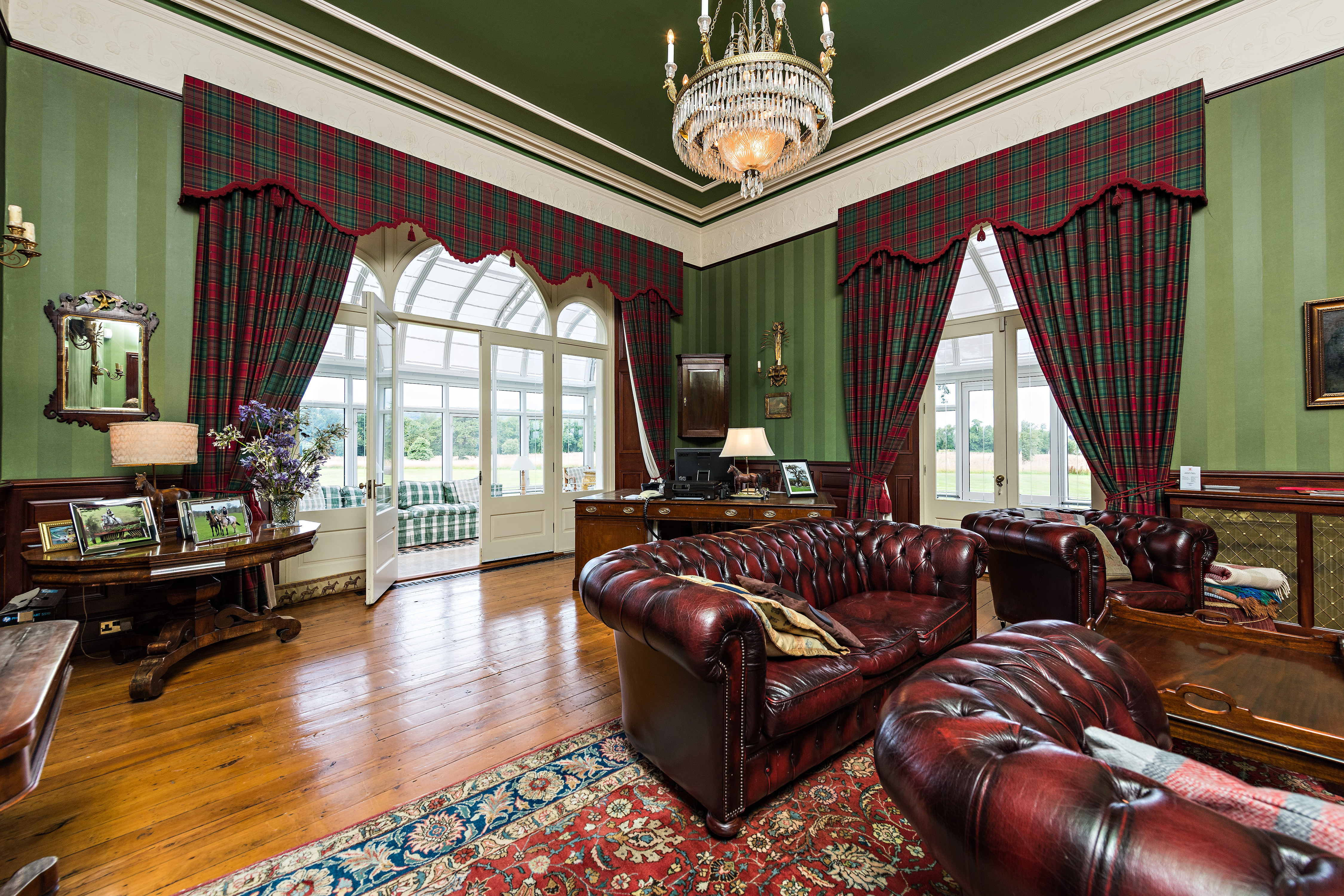 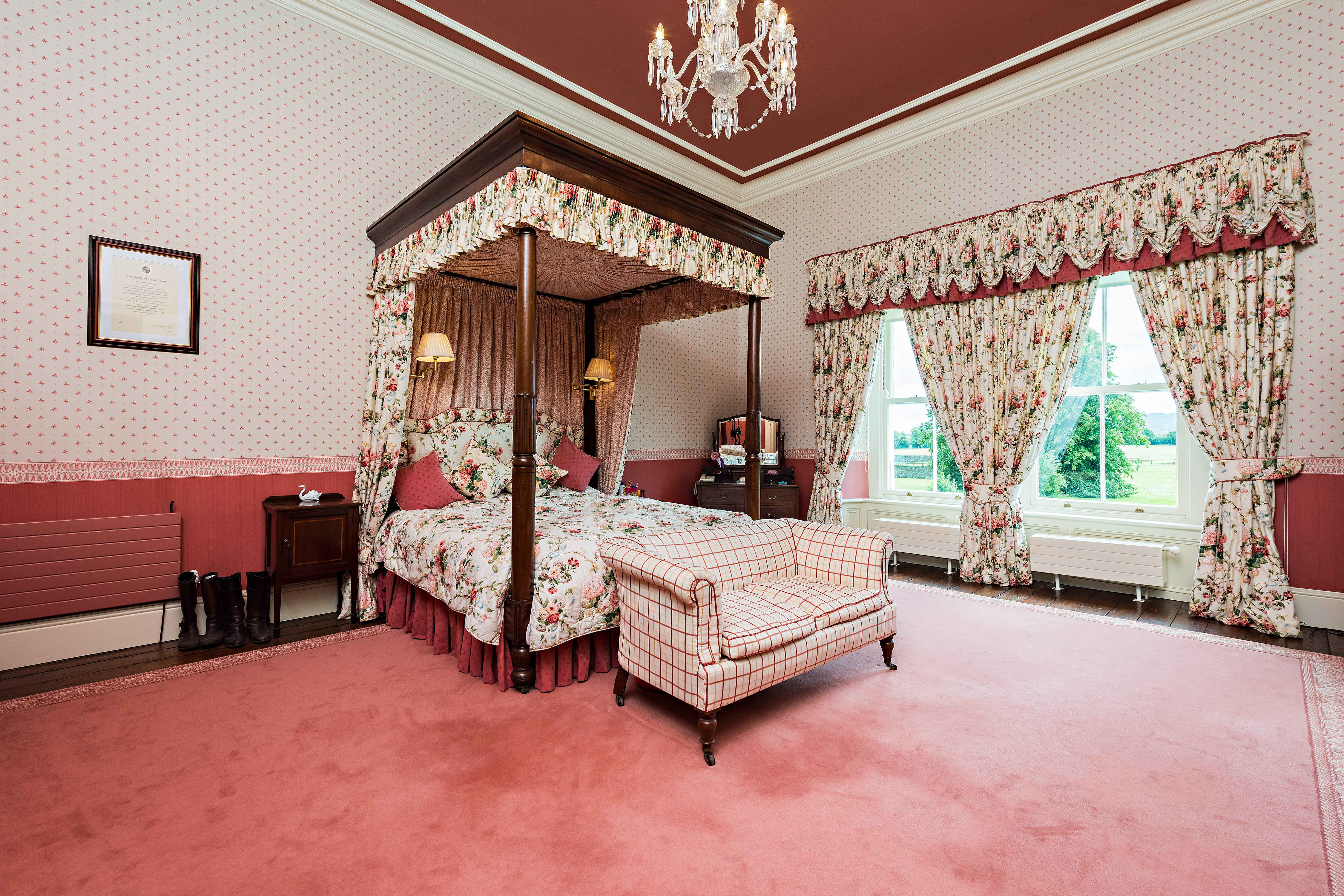 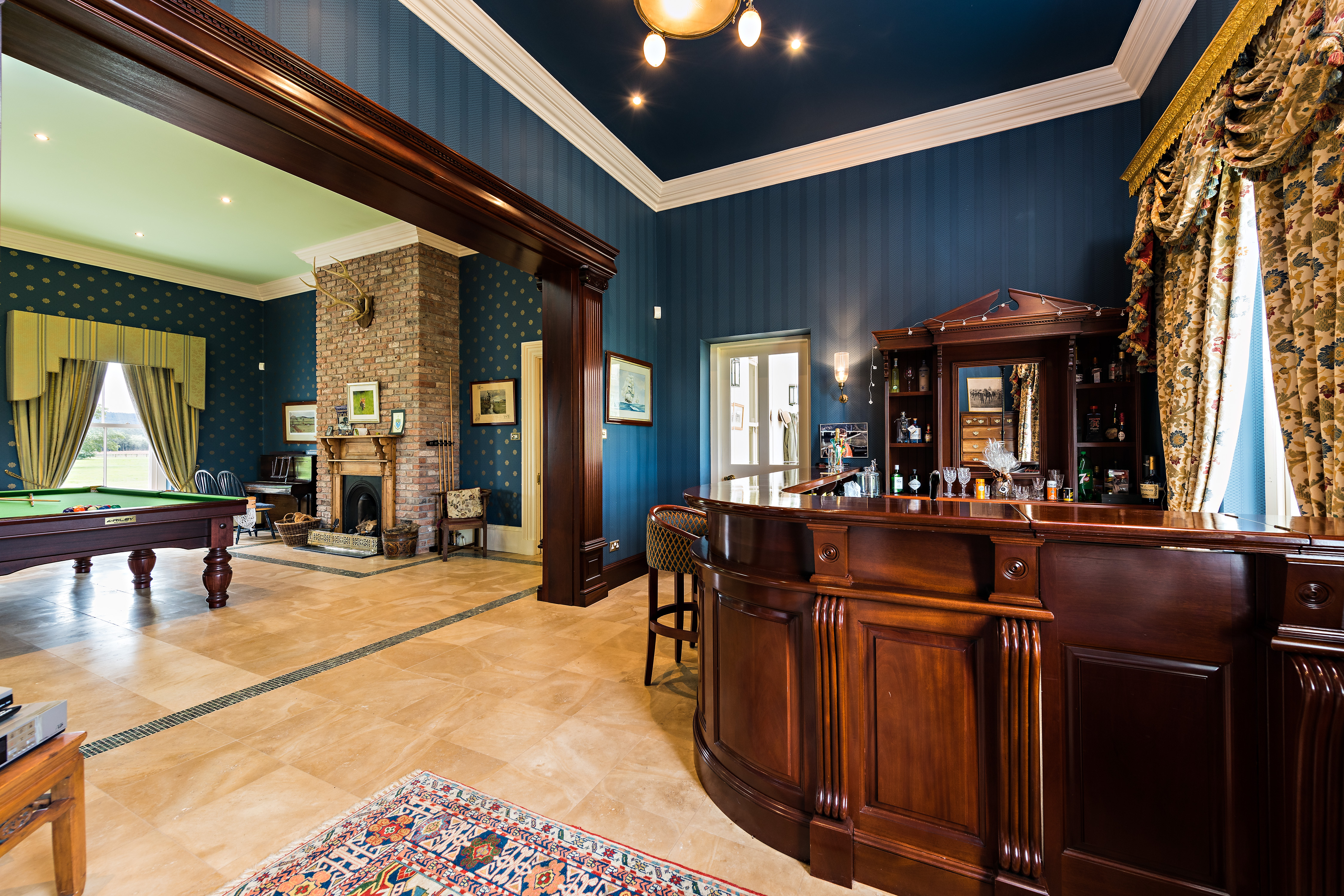 According to the estate agents, the “estate is home to the Rocketts Castle Polo Club which hosts an annual three-day tournament and meets two to three times a week between May and September, with the field occupying a spectacular setting at the heart of the estate”. 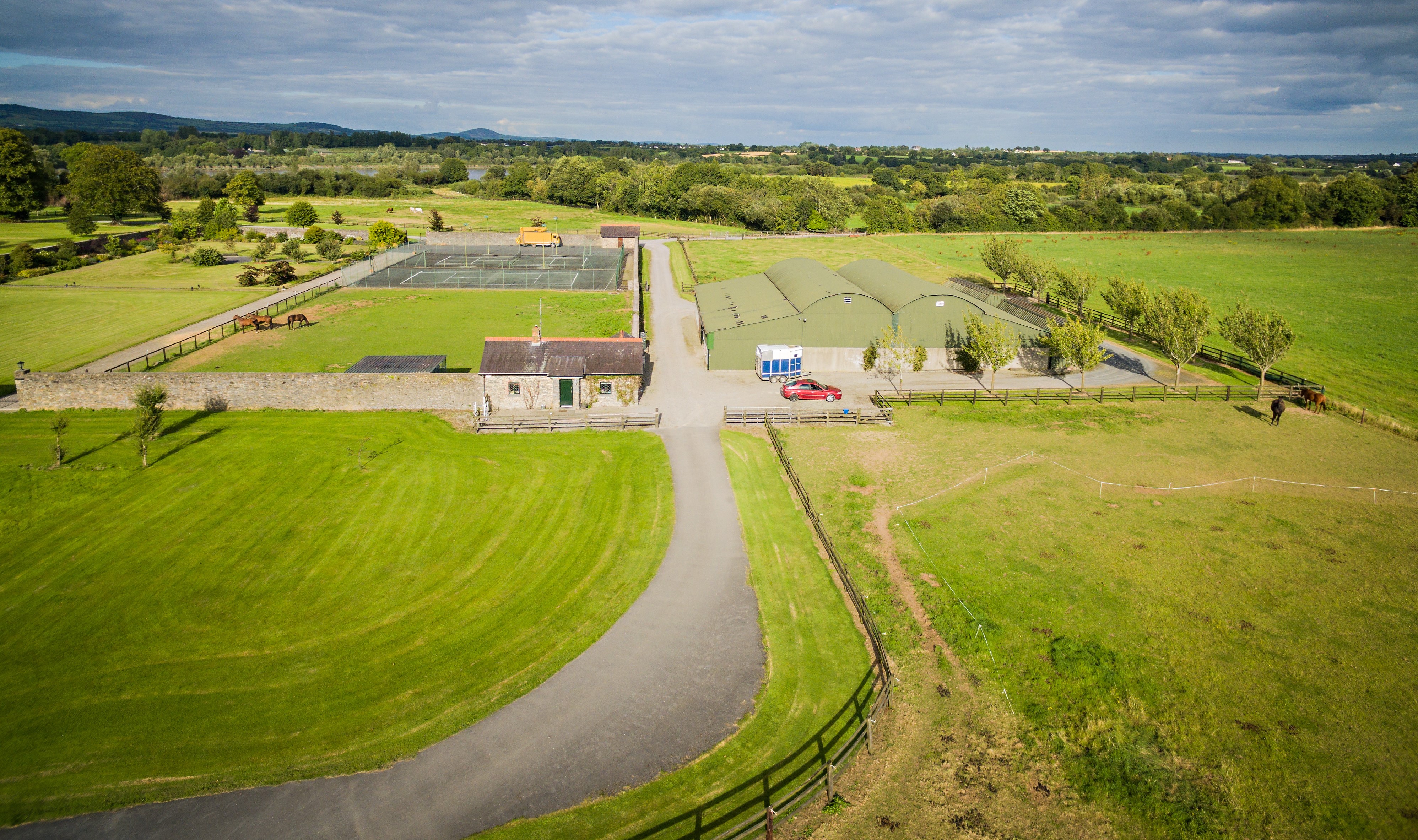 The estate is well serviced for such equestrian events – a hunter trial course has been established, with 18 testing fence jumps and two water jumps.

Outbuildings include a stables and adjoining Dutch barns with lean-to’s. They form the functional core of the estate and are in five-bays of steel construction with corrugated roofs and cladding.

The land, totaling nearly 250ac, lies within a ring-fenced block and is 5ft above sea level. 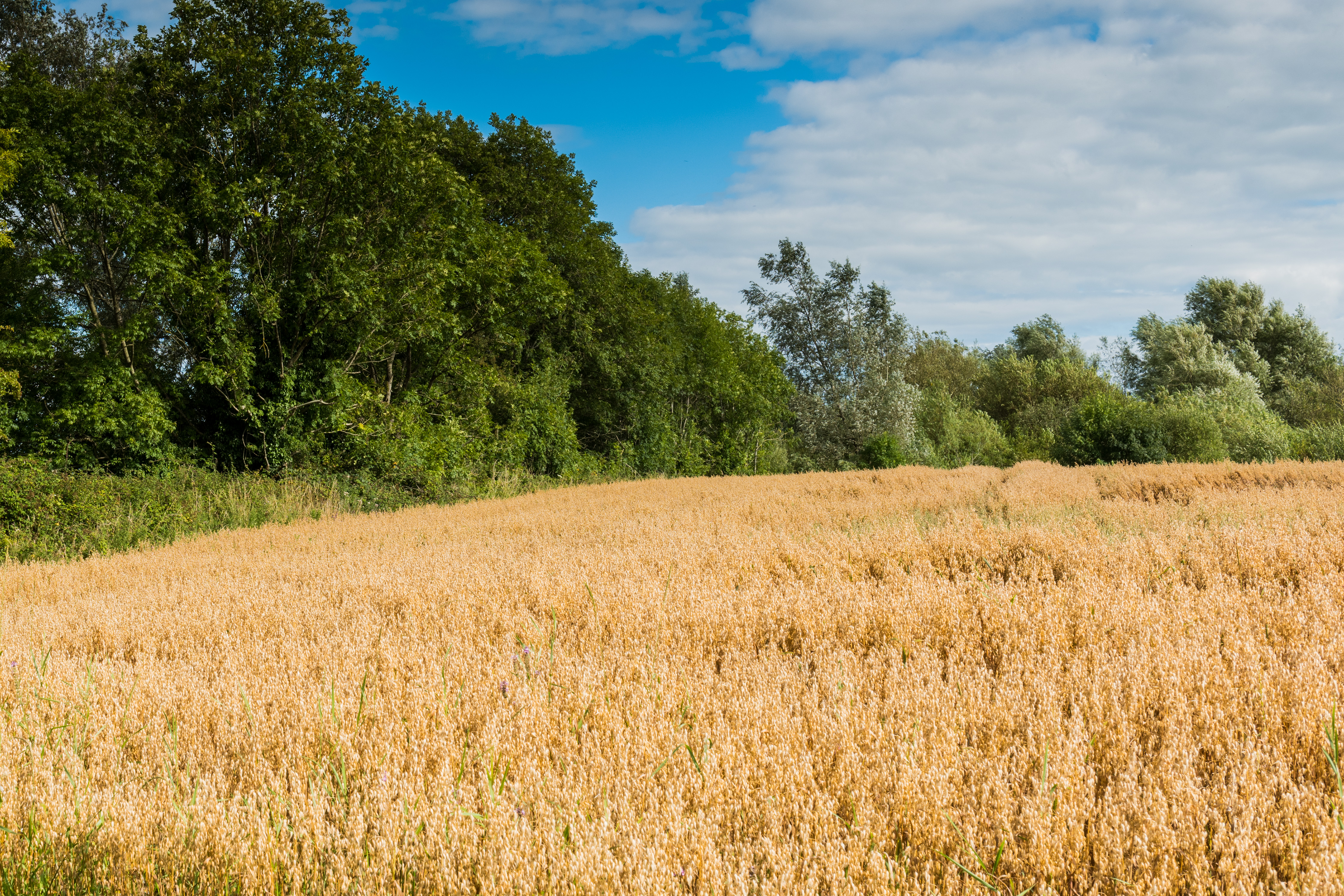 According to Savills, the “topography is mostly level and a feature is the excellent access throughout the estate, including three entrances from the public road and a network of internal roads and tracks”.

It can be classified as follows:

The tillage land is free draining. It is a good size and shape for modern agriculture, ideal for growing crops and cereals. The permanent pasture provides shelter for livestock. 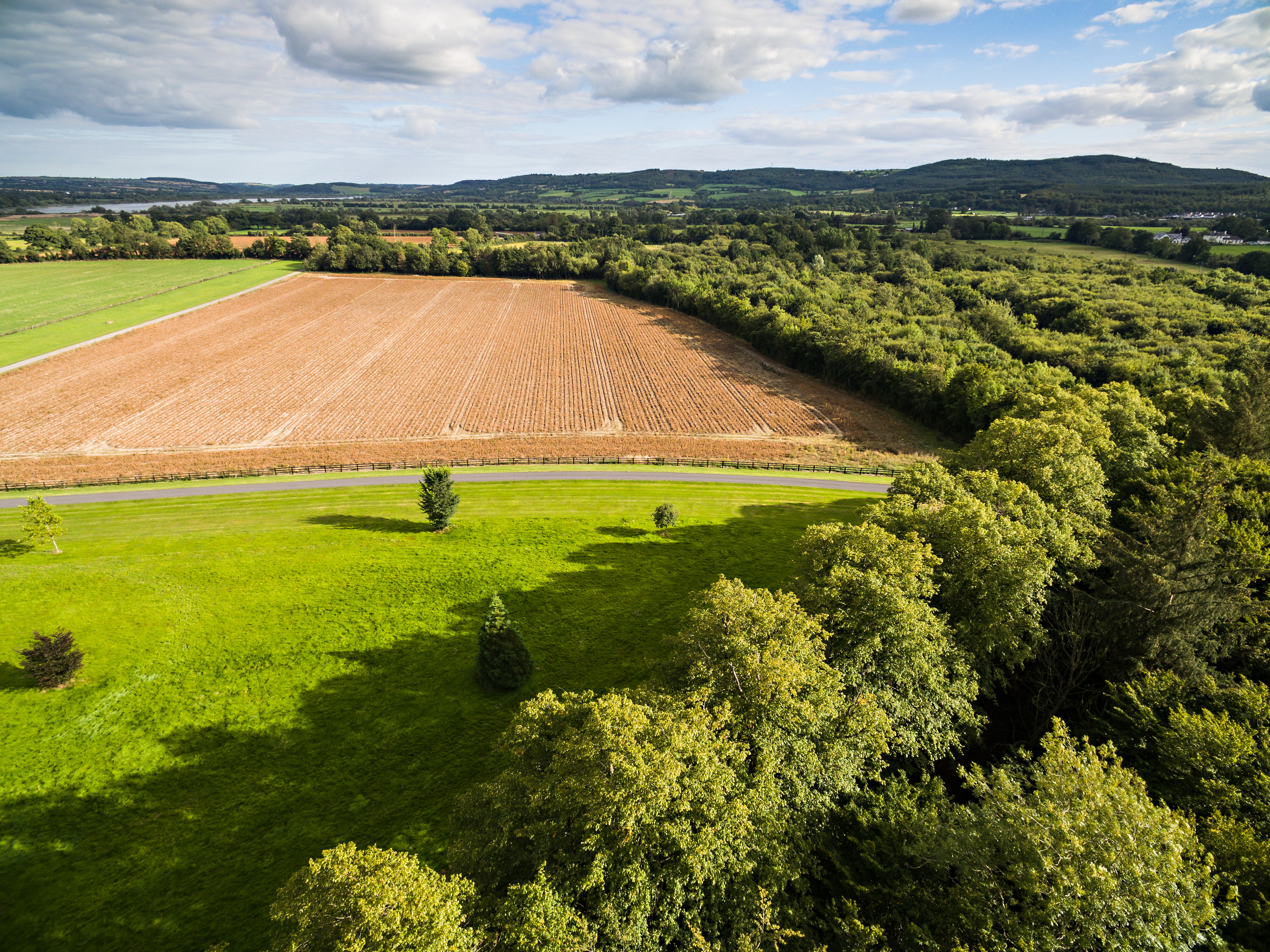 About 38ac of land situated on the northern boundary and with its own road access is currently zoned within the Portlaw Local Area Plan 2014-2020 as land reserved for future sustainable industrial development.

The woods provide shelter, while containing a variety of mature trees. With two strategically-positioned release pens on the estate and mature woods, there is an opportunity to run a low-ground family shoot. 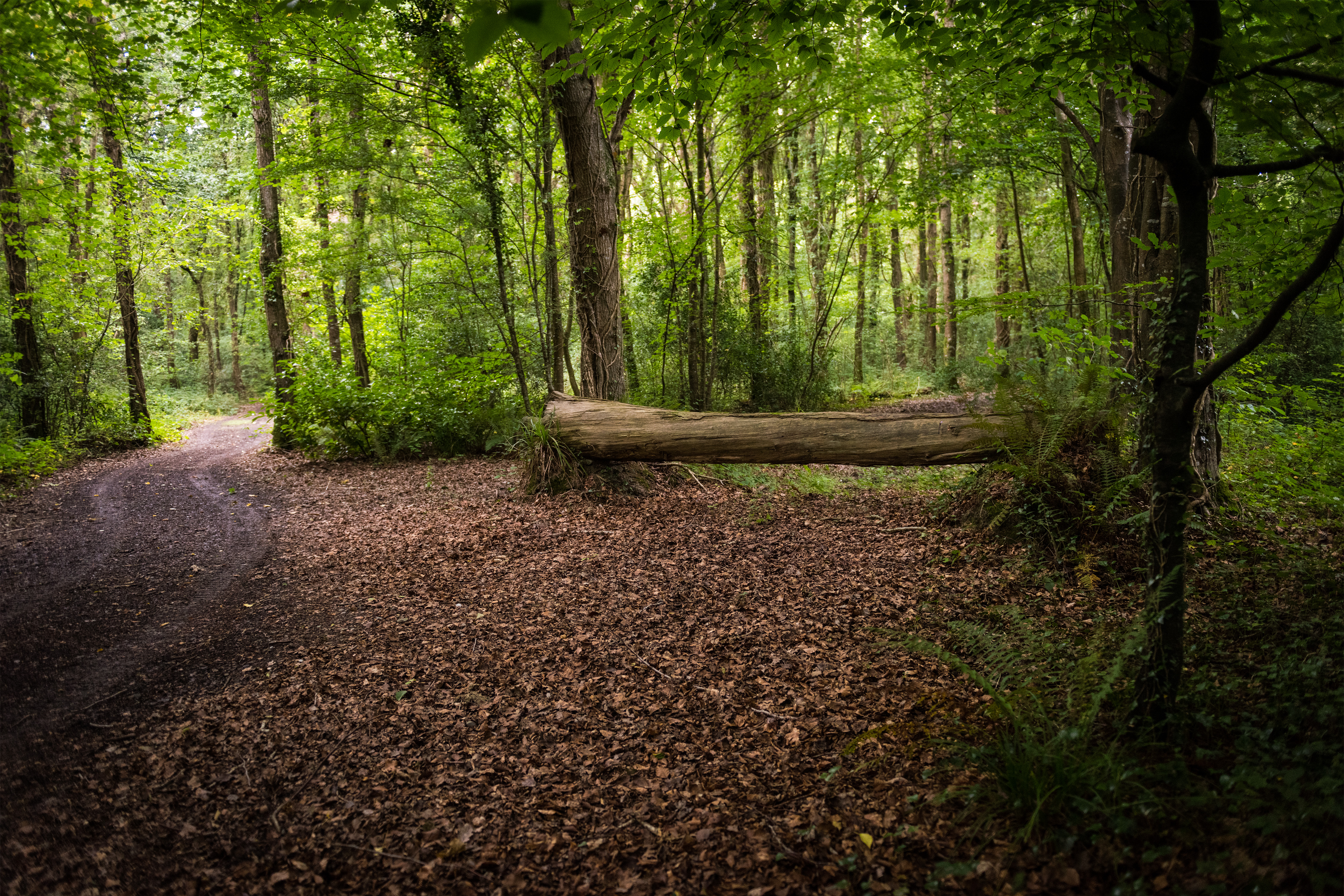 Beyond Rocketts Castle, on an easterly facing driveway, is the Finishing Lodge. The lodge is 4,378ft², laid out over two floors and has been fully renovated. 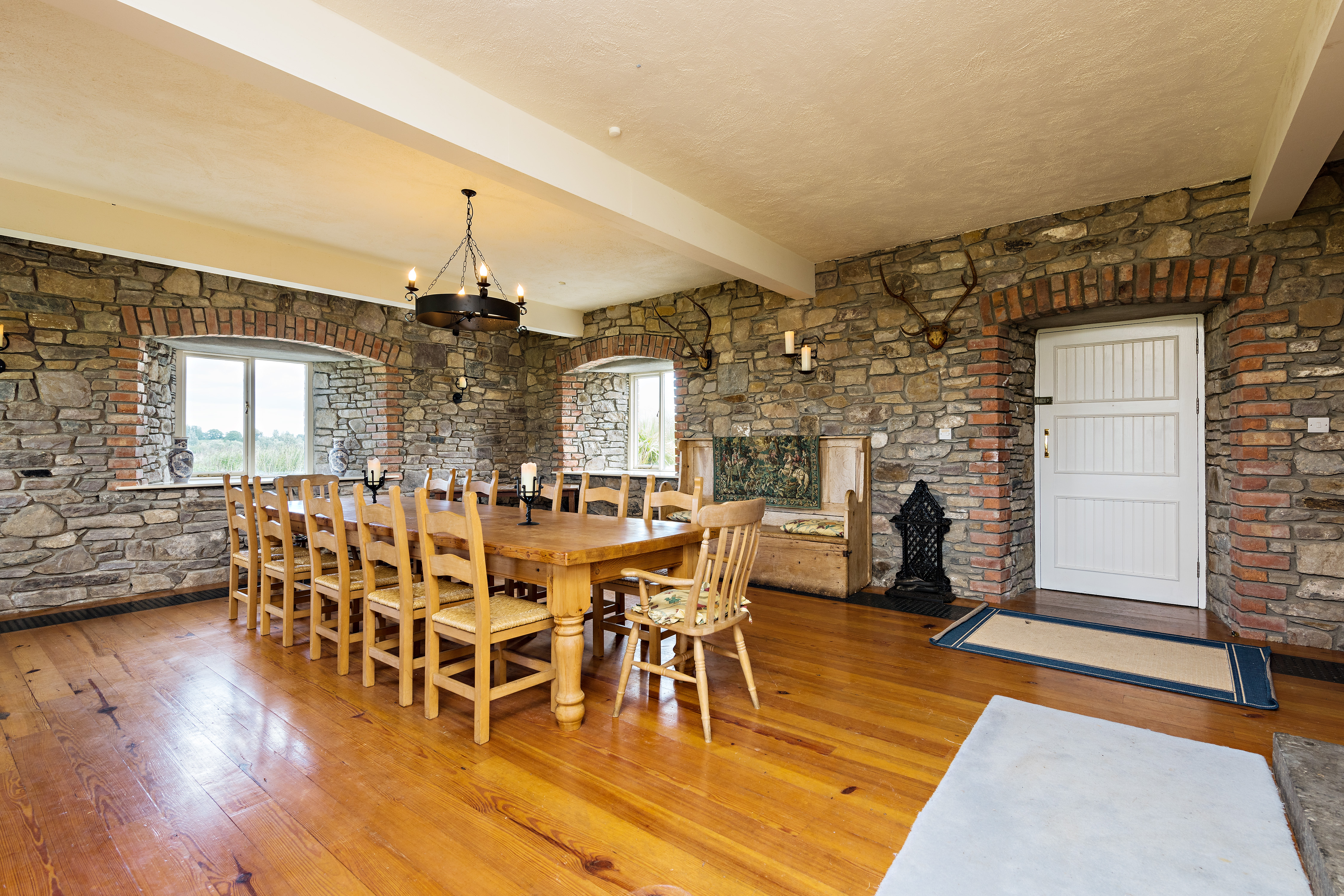 Distinct features include five bedrooms with en-suites, a sitting room and a spa room – with showers, a sauna and a steam room.

Lying to the south of the Castle is a walled garden and gardener’s cottage. The accommodation is over a single storey and is currently being used as a tack room. 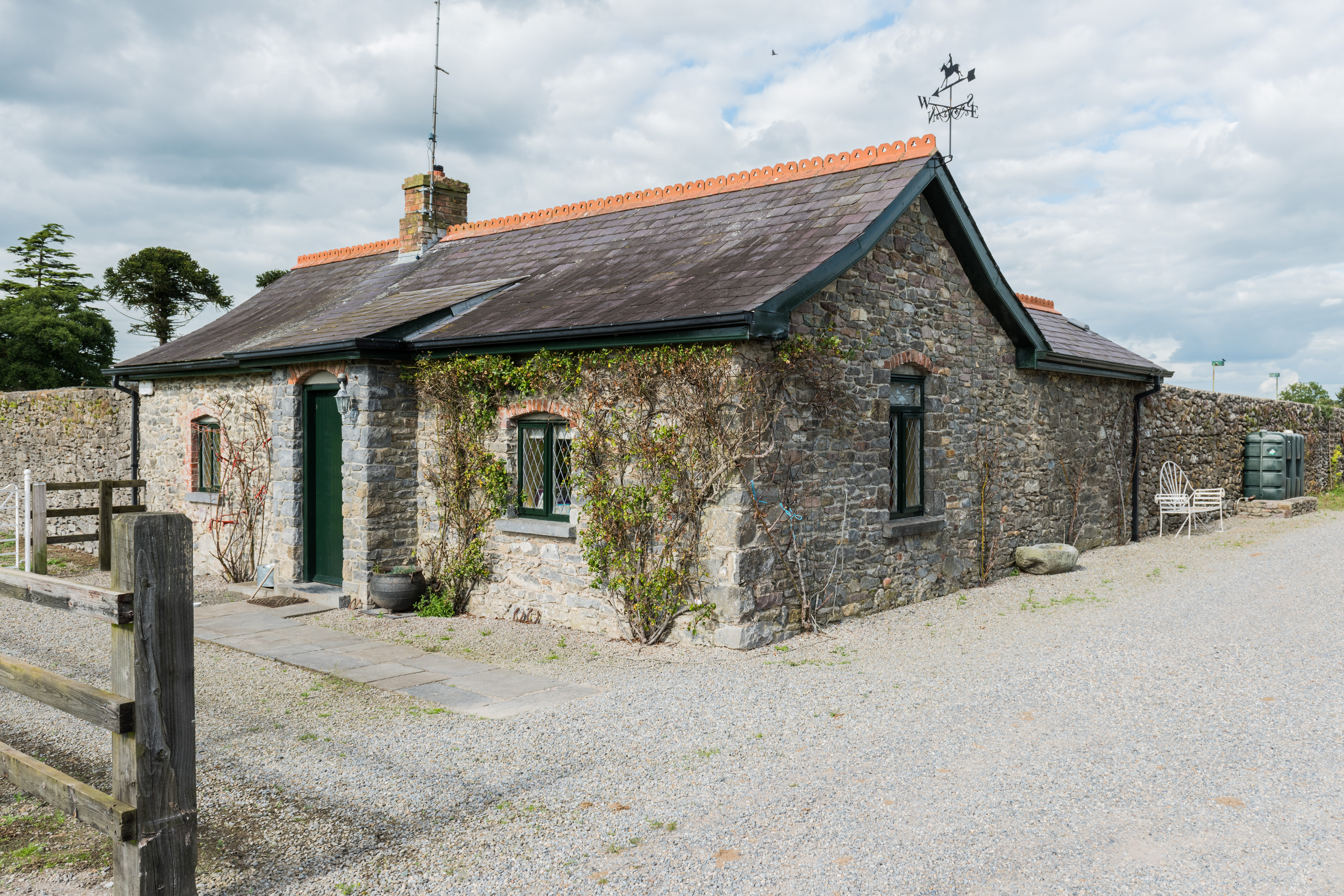 Also lying on the property is a round tower, containing four levels and, notably, an electricity supply. 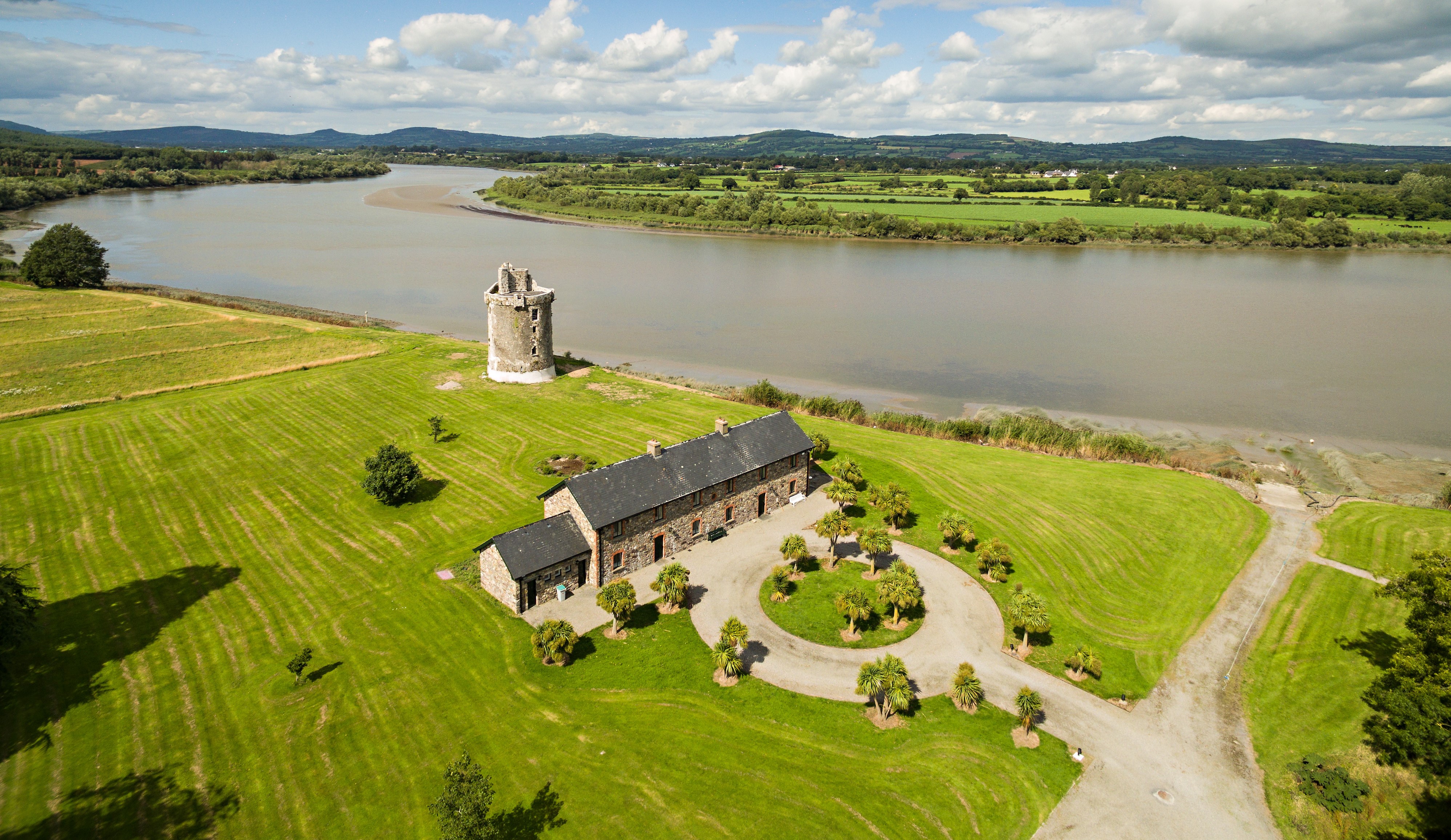 The sale of Rocketts Castle Estate is in the region of €4,750,000. Viewing is strictly by appointment only. 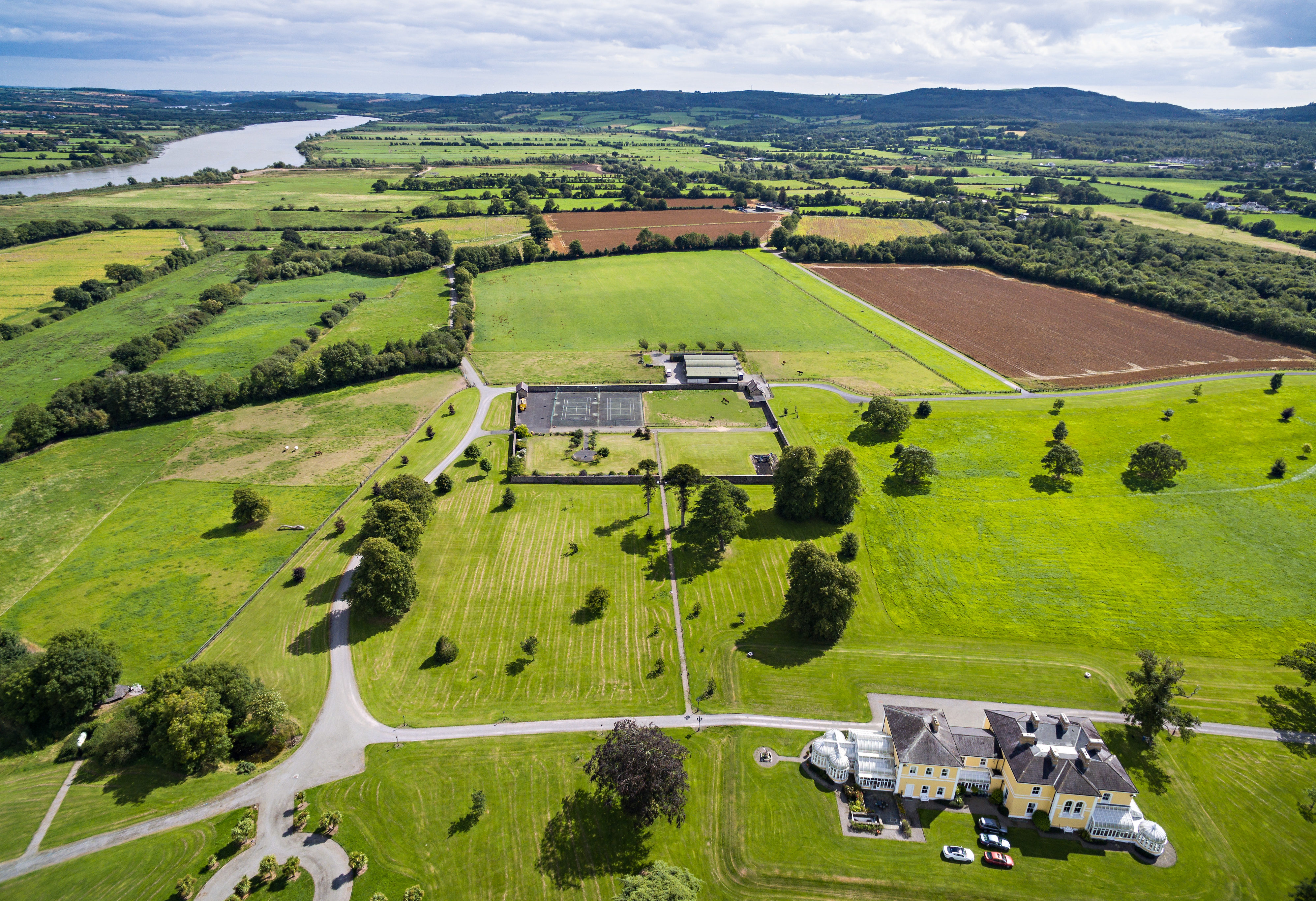