Survey – Most Farmers Need to Save More Silage 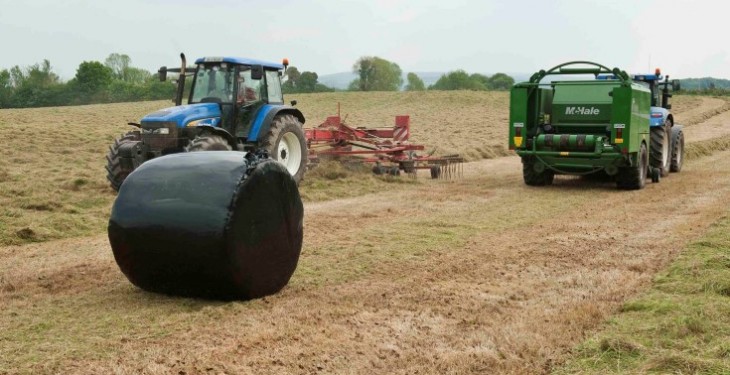 A fodder census survey has shown that almost two thirds of farmers said they needed to save more silage and hay for next winter, with just one third saying they would have adequate fodder stocks.

The survey of 975 farmers showed that there was an overall average deficit of 12% across the country. This was more acute for the 64% of farmers who are facing a fodder deficit, where the shortage is estimated to be 23%, or 201 tonnes.  This has taken into account the percentage of silage made and what is predicted to be harvested.

This survey was carried out in the week commencing 1 July by Teagasc and other organisations participating in the Inter Agency Fodder Committee. The date was set as the first of two fodder census days, to encourage farmers to complete a fodder budget for their farm and to get a snapshot of the fodder stocks nationally. A similar survey is planned for the next fodder census day on 1 October.

Of those surveyed 11% of farmers still had no silage made, as they waited for meadows to bulk up due to the late spring. It is important to note that just 46% of the silage required on the farms with a deficit has been conserved to date. This compares to 74% already conserved on the farms with no predicted deficit.

The message from Teagasc is to maximise grass growth and continue to conserve as much grass as second cut silage and as surplus bales from the grazing area over the coming weeks.

Teagasc Nutritionist Dr Siobhan Kavanagh said: “Projected deficits have been identified by farmers across all geographical regions and across farm enterprises. The survey showed the most common actions planned by farmers to address the deficit is to purchase meals and purchase grass silage. Other planned actions include maize silage, fodder beet, whole crop cereals silage and straw/meal diets growing brassica crops, and reducing livestock numbers.”

Teagasc urges caution in buying products such as expensive silage and wet feeds without first preparing a fodder budget and secondly examining all options to fill the gap.

While the survey didn’t assess the quality of the silage and hay made this year, the favourable weather conditions were conducive to making high quality silage and hay. The dry, sunny conditions in June and July will have ensured that the fodder stored this year is of higher quality, with higher feeding value than that made in 2012.