A trial conducted by Food for Health Ireland (FHI) scientists at University College Dublin (UCD), has found that when Irish full-fat cheddar cheese was consumed by a group of individuals for six weeks, it did not raise blood cholesterol levels.

A total of 127 participants – all with elevated cholesterol levels – participated in the human intervention trial.

The individuals were divided into three groups, with each group consuming dairy fat in different forms throughout the six-week period.

The results were identified by comparing the findings of the three groups – which all consumed the same amount of fat.

According to the findings: ‘Group A’ had a significantly greater drop in total cholesterol compared to ‘Group C’ and ‘Group B’s’ results fell in between the two groups.

The authors of the study suggest that the effect of cheese on cholesterol is greater when all of the fat is consumed in the form of full fat cheddar cheese.

This is likely due to an additive effect of the nutrients contained within the structure of the cheese over and above that seen when the nutrients are consumed separately.

Since cheese is high in saturated fat, the consumption of it has routinely been targeted as a way to reduce high cholesterol concerns.

Typically, when diagnosed with high cholesterol, an individual is often told to reduce their consumption of foods rich in saturated fat, such as cheese.

Dr. Emma Feeney, the principal scientist conducting the study, said: “Our next step in this area is to explore the ideal amounts of cheese required to generate these results.”

Jens Bleiel, FHI’s CEO, said: “This is a great result for cheese as a healthy food product. It has potential to impact public health and food based recommendations in the future.

It offers the opportunity to bring back cheese on the menu for those who were told not to eat cheese due to their elevated cholesterol levels.

“FHI will continue to do research to understand the health benefits of dairy ingredients and other dairy products for public health and well-being”.

The study has recently been published in the American Journal of Clinical Nutrition. 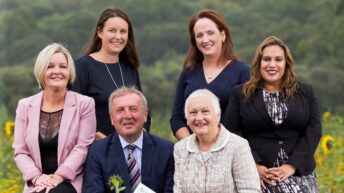