Police are appealing for information after a stolen tractor was found overturned on the side of a road in England recently.

A gate padlock was cut and a blue Landlegend 254 tractor was stolen along with a number of other items including 20 aluminium sheets, a battery and a generator.

Two chainsaws were also taken from a large metal container.

Police community support officer Tom Balchin, of Dorset Police’s Rural Crime Team, said: “We are carrying out enquiries into this incident and I am appealing for anyone with information to contact us.

“We are keen to hear from anyone who witnessed any suspicious activity in the area on the night of Saturday, March 2, 2019; or who saw a blue tractor driving between Maiden Newton and the A37.” 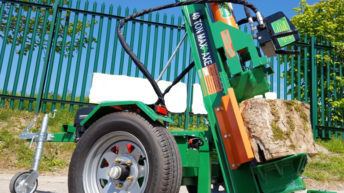