Farmers are being urged to take a strategic approach to controlling roundworms and lungworms in dairy herds.

“Failure to plan to protect young stock will see a fall in whole herd health and performance.”

This stark warning came from Prof Neil Sargison of Edinburgh University, addressing a series of nationwide conferences for vets on the ‘Strategic Use of Wormers in Dairy Herds’.

Professor Sargison asserts that worming without considering how stock can build up some natural immunity simply does not make sense. 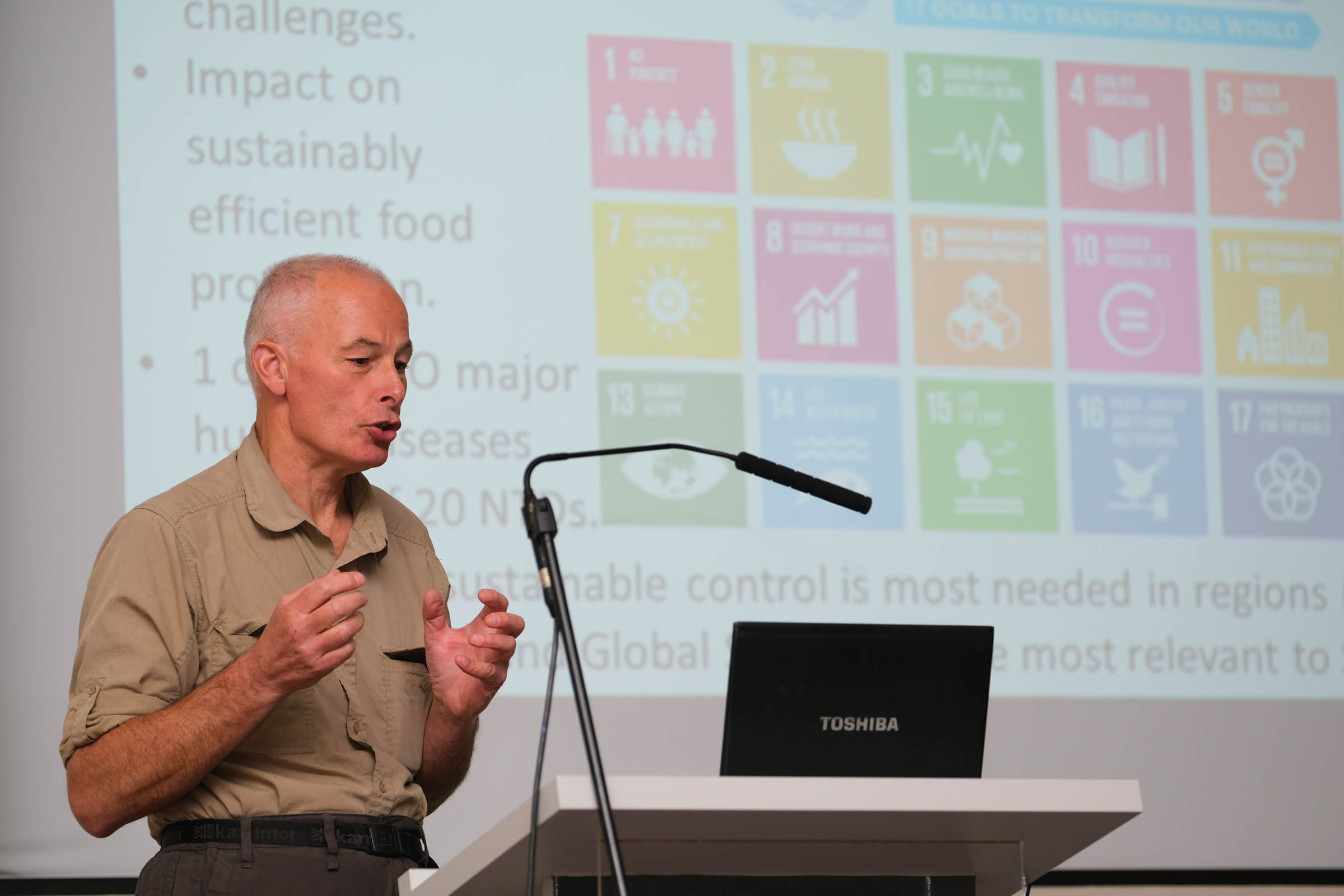 “Dosing with a conventional anthelmintic often only improves livestock performance for a few days,” the Edinburgh University research scientist told his fellow vets.

Generations of vets and farmers have known about the threat to animal health and farm margins posed by parasitic worms, but their very nature means we must continually change how we combat this threat.

“Remember, these parasites easily evolve in response to favourable or unfavourable conditions, including the effects of climate change and changing livestock husbandry systems.”

Continuing, the professor said most farmers in this country use just anthelmintic wormers rather than also managing grazing to combat worm infestation.

Instead, an integrated approach combining the use of wormers with well thought through herd and pasture management is much more effective.

Using just anthelmintic products around turnout to suppress larval contamination of pasture may pose the threat of risks later in the grazing season.

The overuse of worming products as well as the use of long acting preparations means some calves may acquire no natural immunity. Getting the balance right, that is allowing for exposure to worms and thus allowing immunity to develop without compromising performance, is the difficulty.

“Calves and heifers that acquire no or very little natural immunity face problems when they calve down and join the milking herd.

“Instead, a strategic approach is needed whereby calves are exposed to pasture with some worm burden prior to an initial treatment.

“This allows them to build up some natural immunity without causing loss of production; treatment with a wormer then follows.”

With the control of lungworm not as straightforward as that of round worm, Prof Sargison said parasitic bronchitis, seen typically from August through to October, could be fatal.

Following suppressive anthelmintic treatment, lungworm disease is now commonly seen in adult cattle – this being known as the reinfection syndrome of adult cattle.

“Remember, these parasitic worm burdens leave the animal open to all sorts of other health issues. These problems that could have been avoided if a strategic approach to using wormers and grazing systems had been taken in that first season at grass.”

‘The development of natural immunity’

Drawing the conference to a conclusion, Maura Langan, veterinary advisor to Norbrook of Newry, noted the role of recently launched Taurador pour on solution for cattle. 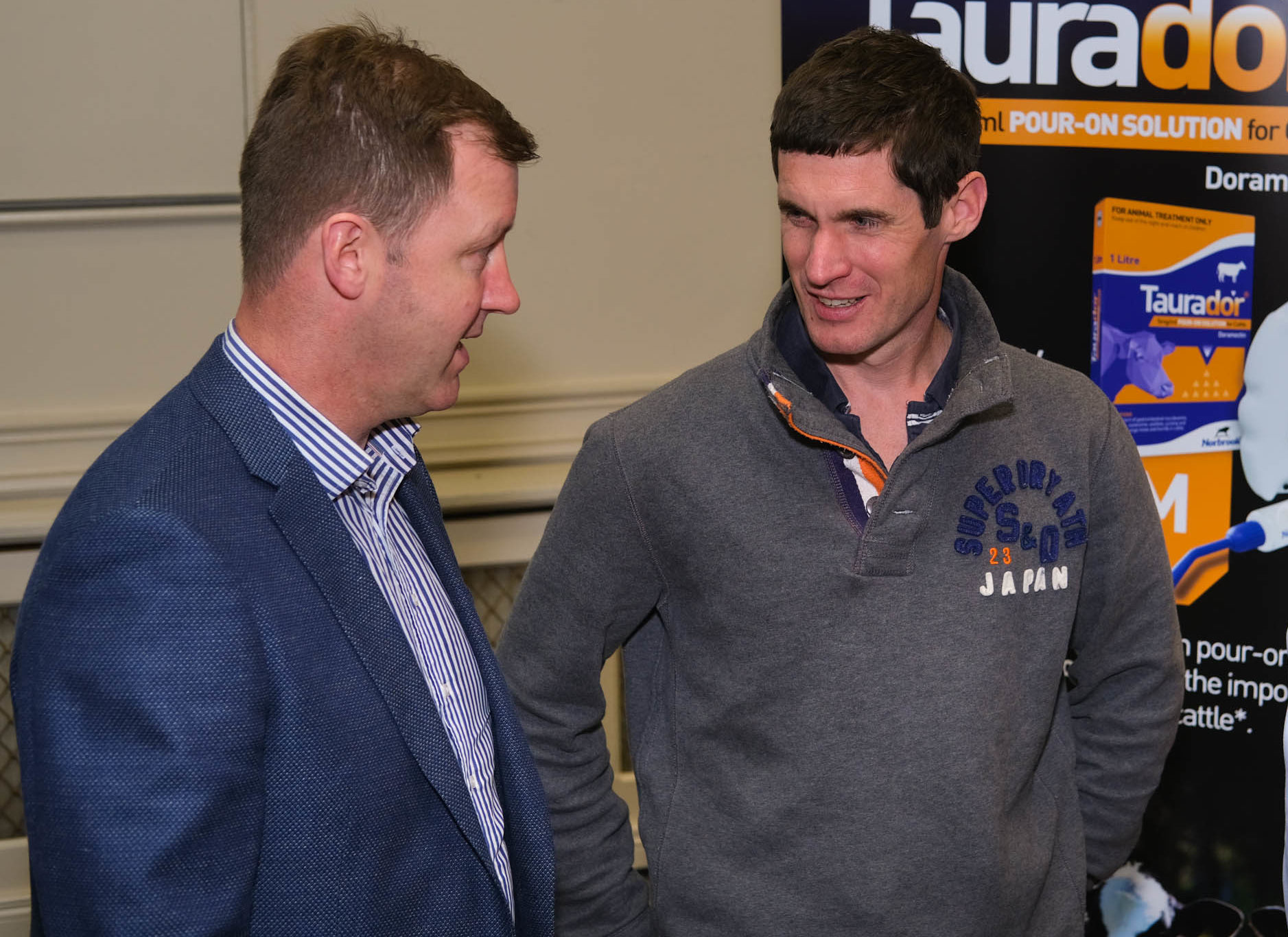 This doramectin-based endectocide has been developed to give vets and farmers a means of following the principles outlined by prof Sargison.

Rather than a blanket treatment of all young stock heading out to grass, calves are allowed to settle for three to four weeks and build up some natural immunity.

Only then is the first pour-on treatment with Taurador applied to treat gastrointestinal roundworms and lungworms.

A second treatment of Taurador follows after approximately another eight weeks grazing. This regime, as suggested by Maura, allows for the development of natural immunity as it avoids overusing the product.

Animals that develop good natural immunity through exposure in their first two grazing seasons are better equipped to deal with parasitic challenges they are likely to encounter in the milking herd.

Taurador is supplied by Norbrook in three pack sizes (1L; 2.5L; and 5L) and an appropriate dosing applicator is also available.