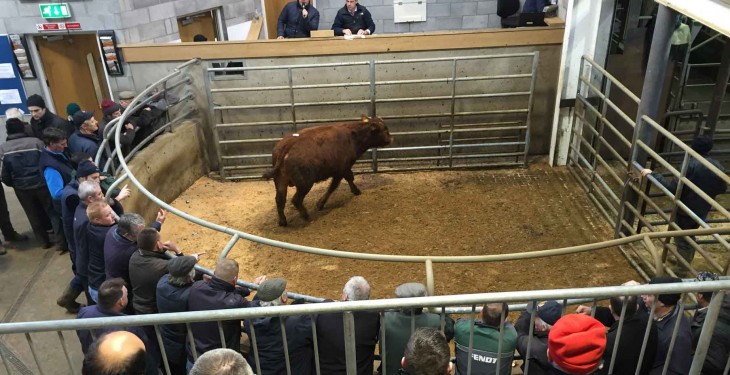 Government intervention on the spiralling cost of insurance for marts was the key measure sought by a delegation from ICOS National Marts, which met with Minister of State Michael D’Arcy.

“The cost of insurance for marts has more than doubled in the past 18 months, but there hasn’t been any parallel increase in incidents or claims from the marts,” said Spellman.

The marts have become an unwitting victim of ‘risk profiling’ by the insurance industry, which is seeking to minimise its exposure and spread its costs across multiple sectors of the economy.

“Reducing risk is of course in everyone’s interests, as one accident or injury is one too many – but we don’t see any legitimate basis for the scale of costs now being heaped onto the marts sector,” he added.

The delegation shared with the minister specific details of marts where insurance costs have increased inordinately, in spite of risk reduction measures also being implemented.

“This is now having a specifically damaging effect on smaller marts who simply cannot afford any increase in operating costs to the extent that is being levied,” said Spellman.

We need the Government to protect the marts sector and SMEs in general from the unsustainable costs that are being demanded.

The ICOS delegation welcomed Minister D’Arcy’s assurance that over 30 recommendations in a recently published insurance working group report on Employment Liability Practices would be enacted.

Spellman said: “It is very positive and reassuring that the Government is engaging proactively with ICOS on this matter and we are confident that there will be cross-party support for any legislative proposals and particularly where these safeguard jobs.

“We need to see priority legislation brought forward and implemented by the end of 2018 which will endeavour to bring fairness back into the equation around liability claims in Ireland, and not just for marts but for all SME’s in rural Ireland.”

The chairman also noted: “The imminent implementation of GDPR regulations by the end of May will ensure that the timescale for reporting an incident will be within 28 days. This is going to greatly change the speed at which claims will be notified, as currently there can be a two-year period of leeway in which claims can be made.”