‘Showgirls’ out in force as women lead Balmoral judging 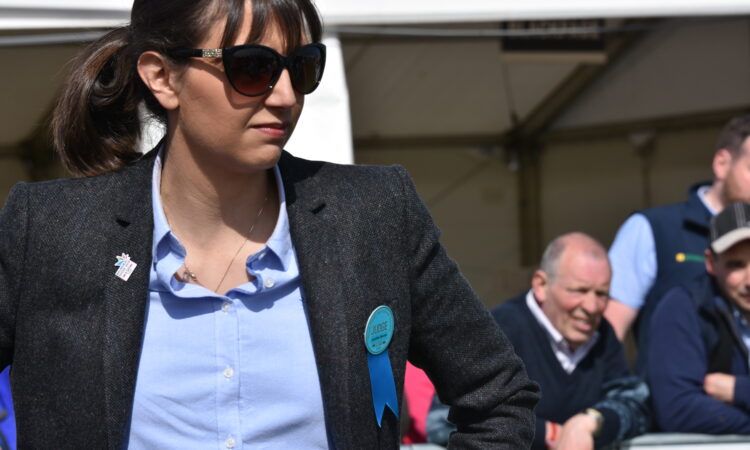 Women led the way at this year’s Balmoral Show, making up all but one of the event’s judges this year.

She runs Churchryd herd – a 130-cow herd, mostly made up of dairy shorthorns – and has previously judged at the Royal Norfolk and in Melbourne, Australia.

But this year was about much more than a token gesture. Many of the female judges at Balmoral this year are among the most respected in their field.

And this year they weren’t afraid to make their mark – Lisa Window-Walker made Balmoral history, making a dairy shorthorn her dairy interbreed champion.

It’s the first time an animal of the breed has ever won the title in Balmoral’s 150 years.

Speaking to AgriLand, she said she felt it was important to judge stock fairly.

“Today’s champion showed beautifully; she knew she was a champion. She glided around the ring and the young exhibitor did a great job,” she said.

Women are fair judges – that’s how I always look at it – it doesn’t matter what breed or colour, I will judge her on her merits on the day – not what she has achieved before.

It was Window-Walker’s first time judging at Balmoral but, with 25 years under her belt, she has a well-practised eye for picking out champion stock and an opinion respected internationally.

She runs the renowned Hunnington herd in the English west midlands and has worked across in all stages of the showing process – including carrying out her own fitting work.

She has also sat on the Elite Panel for seven years and has judged cattle as far away as Sydney, Australia.

She said. “It’s a privilege that people respect you enough to ask your opinion about the cows – it’s a lovely way to see the world and meet people too.

“I try to talk to the people and give them my reasons afterwards.” 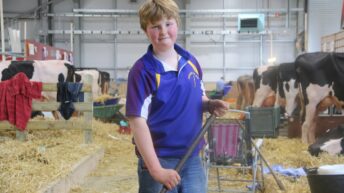