Shortfall between PPI and co-ops ‘will cost suppliers €2,000’ during peak

The shortfall between the Ornua Purchase Price Index (PPI) and the average price being paid by Irish co-ops on a per-litre basis will cost the average milk supplier “around €2,000” over the peak production period, according to the Irish Creamery Milk Suppliers’ Association (ICMSA).

Quain said that the May price announcements so far had raised more questions than they answered but one, he said, loomed above all others and answering it was now an imperative.

Just announcing that you’ve managed to hold price can’t be enough; the least farmers are entitled to is an explanation of why they are now receiving a price that, in some cases, is now approximately 1.5c/L less than the price that the co-ops have already received.

Stating that it is not for his organisation to speculate, the chairman asserted:

“The onus is on the co-ops to explain publicly why they are not paying farmers the 32c/L that the Ornua index indicates as the minimum price that every milk supplier in the state should be being paid.

“We await the explanation,” Quain concluded. 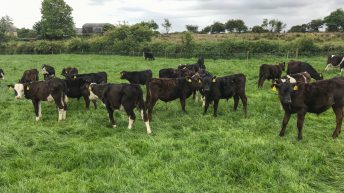 What are the target weights for my spring-born calves during the first grazing season?