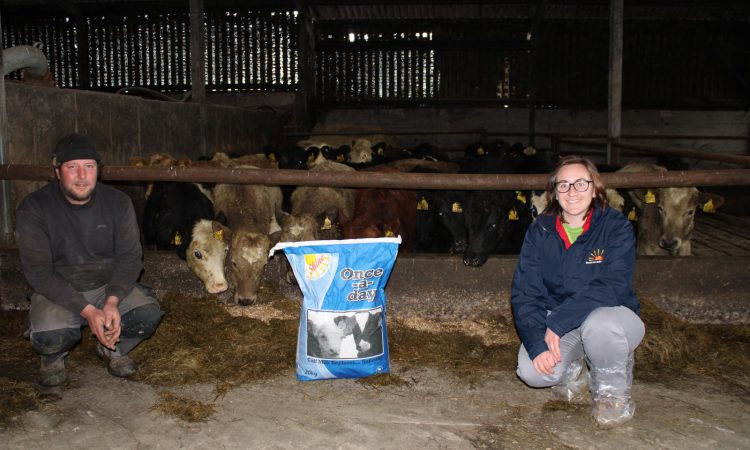 A dairy farmer who has fed calves Shine Once-a-Day milk replacer for four years says it is an important part of his system because it eases labour and results in content calves that thrive.

Shane Lucey and his parents, Denis and Bernie, produce milk from a herd of 100 Friesian cows, supplying Bandon Co-op.

Spring is a very busy time on their farm so, four years ago, they looked at ways to simplify the system. They were introduced to Shine Once-a-Day by TJ Crowley from Crowley’s at Old Chapel Mills, Bandon, and developed a feed plan with support from Dr. Christine Cummins of Bonanza Calf Nutrition.

“If I have a query, Christine is always at the end of the phone or will call at the yard,” says Shane.

After four seasons, the results speak for themselves, he says. “It does what it says, it eases labour, the calves are content and they thrive well.’’

Shine Once-a-Day is specifically designed to be slowly digested throughout the day: This means that the calf isn’t left with an empty stomach for long periods which leaves it feeling satisfied.

Breeding consists of artificial insemination for four-to-five weeks, using Friesian straws on the best cows to produce replacements, and for cows deemed undesirable for replacements, beef straws are used. A stock bull is used to sweep up – with heifers put to an Angus and cows to a Hereford.

As all calves are retained for rearing, Shane aims for a good frame and growing potential for beef animals. Beef animals are sold as stores and replacements retained to calve down at 24 months.

The calving period is very compact, particularly at the beginning. Newborn calves receive transition milk from their own dam for the first three days before pooled transition milk is offered for the next 10 days.

At two weeks, calves are fed Shine Once-a-Day twice daily in the first week and are then transitioned to once daily feeding.

“Previously I was feeding whole milk but it was a lot of work as the parlour is a good distance from the calf shed,” Shane explains. 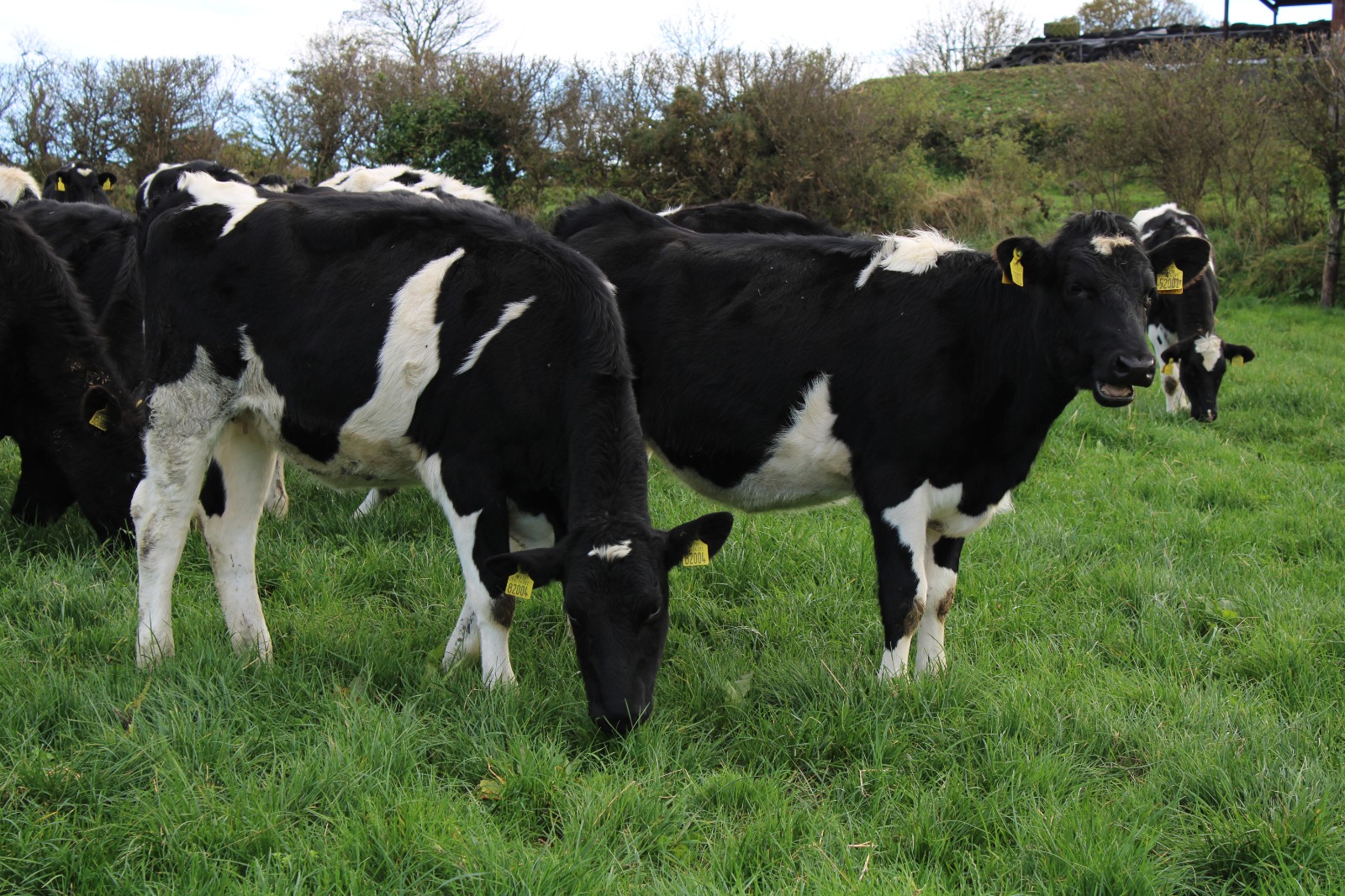 Initially calves are fed using individual buckets and are then penned according to size and drinking speed. They are then fed in small groups of up to eight calves, with feed provided in troughs.

To aid rumen development, from one week-of-age calves are given access to concentrates from both Crowley’s and Bandon Co-op, together with hay and water.

“I definitely notice calves take up meal much faster since I began using the once-a-day system,” says Shane, reflecting on the impact the new feeding system has had on calves.

Within four weeks, they are consuming large amounts of meal which is excellent for preparing the rumen for the post-weaning period. Once calves are strong, mostly at between seven and eight weeks-of-age, they are weaned.

“They would be eating plenty of meal for a bit before weaning,” says Shane.

Once weaned, calves are kept indoors and are later given access to a yard and offered good quality dry silage.

When weather permits, calves are turned outdoors to begin their grazing season, initially in their own rotation and, once all calves have been turned out, they are grouped according to age.

The main group would typically include 50 calves; as the season progresses, the groups are divided into breeds and size: There are separate groups for the replacement heifers and beef calves. There is also a group for the youngest calves.

They remain on concentrates throughout the grazing season – the youngest gets approximately 1kg and the older calves 0.5kg.

Recovery of the gut

As is common in calf rearing, Shane’s system isn’t without its hiccups: In the spring of 2019, he had an outbreak of cryptosporidiosis but with the help of Crowleys, his vets and Christine, the outbreak was brought under control.

Part of the prevention and treatment plan was to feed calves Transformula. “I found it very good for helping calves recover,” Shane notes.

Transformula is a transition milk replacer that provides the calf with an energy boost; it has highly digestible ingredients and has been formulated with a focus on calf gut health.

“This formula helps with the recovery of the gut,” Christine explains.

With ingredients to aid cell proliferation, the damaged gut can repair itself. Furthermore, the high level of low heat skim in Transformula gives the calf more time to process the protein going through its system.

“We kept calves on Transformula until they were better,” Shane explains.

A damaged gut is similar to an under-developed gut as it can’t efficiently digest all the materials that an older calf can digest.

Once recovered, calves were reintroduced to Shine Once-a-Day and they haven’t looked back.

To find out where to get the products, visit the Bonanza Calf Nutrition stockist page at: www.bonanzacalf.ie; or call: 042-933-6001.