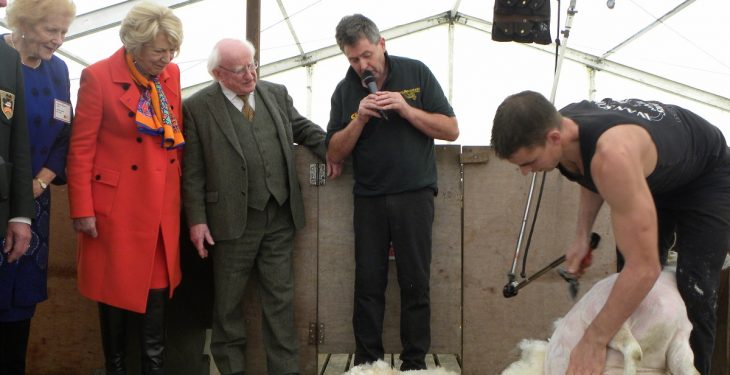 In an interview with AgriLand, Tom Dunne, chairman of the ISSA expressed his concerns over a serious shortage of shearers across the country.

“So many young people have full-time jobs and are unable to spare a few weeks in the summer months,” said Dunne.

According to the chairman farmers are anxious to sheer flocks; but  a “major backlog” is putting them in a difficult situation.

“Flocks of sheep across the country have faced an extremely difficult year. They were savaged by ‘The Beast from the East’ only to find themselves in the throws of a major heatwave.

“We have gone straight from winter to summer and sheep are certainly feeling the pressure of this.

Farmers are faced with the problem of remaining loyal to their annual sheep shearer or waiting weeks for their sheep to be shorn.

Dunne is calling for the sharp decline in shearer numbers to be addressed in order to ensure that the process is continued for future generations.

“Its a tough trade. Young shears starting off shear from 60 to 100 sheep a day; but weather conditions can magnify the physicality of the job.

“A lot of older shears are giving up the trade and we need the younger generation to fill this gap,” he said.

According to Dunne, there are “only a handful” of young shearers in the country.

“The ISSA offers a large range of courses and demonstrations by established shearers. The courses range from beginner to advanced level and are available to anybody with an interest in shearing.

Dunne remarks that these men are ‘household names‘ in the shearing sphere across the globe.

Today, the ISSA will host its annual Top of Coom Sheep Shearing Competition’ – now in its 40th year – in Kilgarvan, Co. Kerry. Shearers from throughout Ireland and a few overseas shearers will take part in the popular event. (For more details check out the Irish Sheep Shearers Association Facebook page).

“Irish sheep farmers are getting an average of €0.55/kg of wool – while UK farmers receive closer to €1/kg,” said the chairman.

While Dunne acknowledges that dismal wool prices do not encourage farmers to “look after their wool”; he stressed that they need to “make it a priority”.

Farmers have to look after the wool in order to give us a fighting chance in our case for higher prices.

Dunne believes that the ISSA’s fight for fair prices will be strengthened by farmers “producing a product that deserves the best price”.

“The last thing we want is for merchants to refuse to pay higher prices due to poorly handled wool,” he concluded.