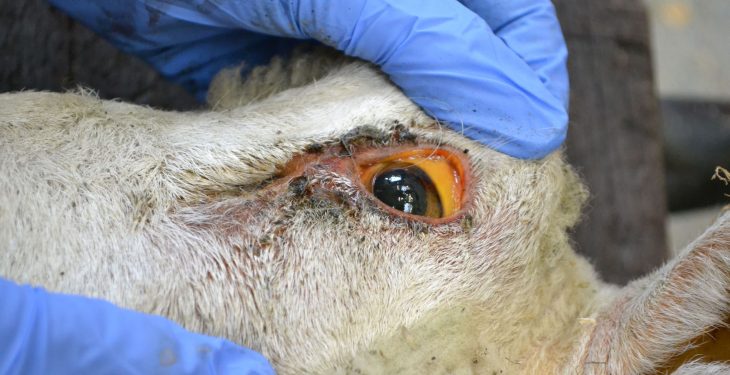 Excess copper intake can cause chronic copper poisoning in sheep, with the number of cases peaking during the summer of 2015, according to the Agri-Food Biosciences Institute (AFBI).

Copper poisoning is slow to develop, but once the animals liver can’t take in any more copper excess levels are released into the body, the AFBI says.

This release of excess copper into the body can cause haemolysis, the breakdown of red blood cells, while irreversible damage can be done to both the brain and the kidney.

It generally takes weeks or months for an accumulation of copper to build up, while the release of excess copper often coincides with a period of stress on the animal, according to the AFBI.

Sheep breeds such as Charollais, Texel and Suffolk are the most commonly affected by copper poisoning, while cases in mountain breeds are less frequent, according to the AFBI.

Advertisement
Symptoms of chronic copper poisoning listed by the AFBI include:

The AFBI warns that feeding concentrates with high levels of copper and excessive administration of supplements or boluses containing copper are the most common examples where copper poisoning in sheep may develop.

The grazing of pastures where pig slurry has been spread can also be a source of copper poisoning for sheep in Northern Ireland, it says.

Particular care should be taken with rams, the AFBI said, as they are usually fed concentrates on a more regular basis and for more prolonged periods.

However even a diet with an acceptable copper concentration can also cause poisoning if fed for long enough to vulnerable breeds. The Northern Ireland research body says every opportunity to reduce the concentrate intake between lactations should be taken.

The best way of managing this condition is to minimise long-term concentrate use in the diet. Treatment options exist but they are only effective in the early stages of the disease and are not always guaranteed to work, the AFBI said. 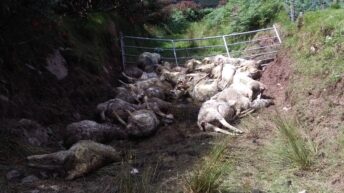