Sheep marts: Trade remains strong across the board 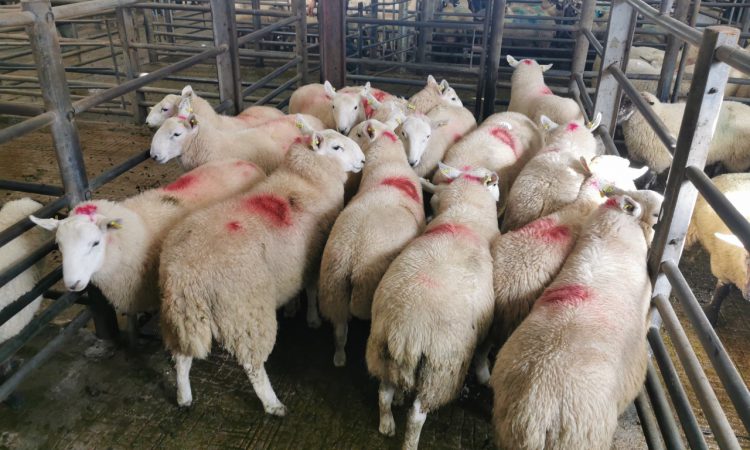 The trade across marts for all types of sheep remains strong, with prices stronger in many cases for store and finished lambs.

Speaking to mart managers, prices for finished lambs were better by €2-4/head on the previous week.

Butcher-type lambs continue to be in high demand and are regularly breaking past the €120/head mark and rising over €125/head in places.

Also Read: Pics from the mart: Ewe lambs and factory lambs in high demand at Tuam

In general, prices for these lots are ranging between €111/head up to €120/head.

Prices for factory-fit lambs, weighing upwards of 43kg, are starting from over the €100/head mark and rising as high as €116/head, in places.

The store lamb trade, as ever, continues in a strong fashion. Forward-type store lambs, weighing upwards of 39kg, continue to trade upwards of €90/head and have been making north of €95/head over the past week.

Lighter stores, weighing between 33kg and 38kg, continue to trade well and have been making from €82/head up to €90/head and over in some cases.

The cull ewe trade remains strong. Well-fleshed ewes, over the past week, have been trading from €110/head up to €130/head, with select lots making upwards of €135/head.

Medium-sized ewes have been making from €90/head up to €105/head, while feeding ewes have been trading from as low as €40/head and rising up to over €80/head.

Enniscorthy Mart held its weekly sheep sale on Wednesday last (September 9). It was another big sale, with finished lambs seeing a rise in price again.

According to the assistant mart manager, Kevin Murphy, factory-finished lambs saw an increase in price of €3-4/head.

He noted that there was increased competition from butchers for heavy, well-fleshed lambs.

Both a strong presence around the ring and online led to the lively trade on the day, Kevin added.

A large section of the sale consisted of stores, which continue to sell very well, according to Kevin. Prices for light store lambs ranged from €74/head up to €91/head. Forward stores made from €88/head up to €104/head.

Kevin added: “There was a much bigger number of store ewes on offer as farmers inspect and cull unsuitable ewes from their flocks prior to mating.

According to the mart manager, Tom Coleman, it was the biggest sale the mart has seen in quite a while.

There was a strong entry of heavy and forward store lambs; however, the trade was slightly easier on the day.

Butcher lambs topped out at €121/head, while factory-fit lambs made up to €115/head. 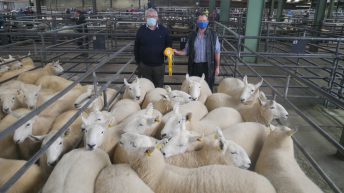