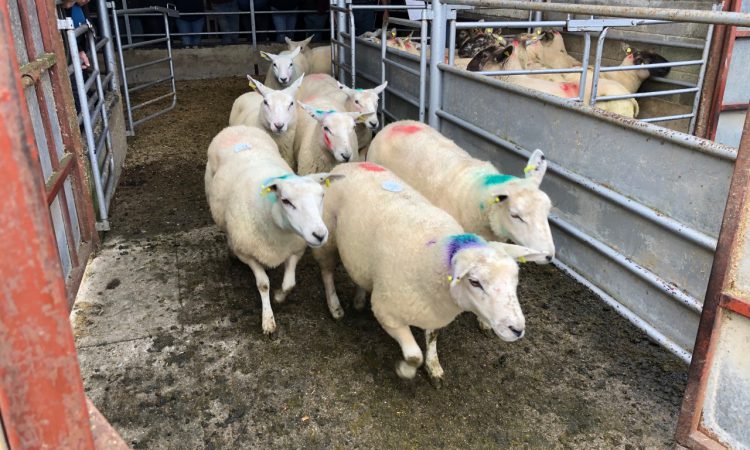 Mart managers across the country are reporting a steady trade across all sheep classes, with the demand for store lambs on the rise.

However, the same cannot be said for factory-fit lambs, with prices back €1.00-2.00/head again this week; prices for these lots are ranging from €90/head up to €95/head.

Over the past week, good-quality ewe lambs were a lively trade, with prices ranging from €100/head up to €140/head for lambs weighing between 46kg and 51kg.

Furthermore, lighter store lambs were a lively trade, with prices ranging from €68/head up to €85/head.

Tuam Mart held its weekly sheep sale on Tuesday last, October 1. There was a good trade for hoggets and breeding ewes, according to the mart manager, Marian Devane.

There was an active trade for ewe and wether lambs, with prices ranging from €48/head up to €142/head. Furthermore, cast ewes made up to €115/head.

Moreover, breeding ewes made up to €238/head, with hoggets achieving a top price of €238/head.

Some 3,458 sheep were on offer at Blessington Mart’s weekly sheep sale on Tuesday last, October 1.

There was a good trade for all types of ewe and store lambs; however, prices for factory-fit lambs were back on last week, according to the mart manager, John Doyle.

There was a large entry of sheep on offer at Raphoe Mart on Monday last, September 30.

There was a brisk trade throughout all sheep classes, according to the mart manager, Anne Harkin.

Store lambs and good-quality ewe lambs were met with a strong trade, with plenty of buyers for these lots, according to the mart manager, Patsy Smyth.

There was a very good trade across all the sheep classes, according to the mart manager, Joe Kinsella.

A good trade was reported for store lambs; however, factory-fit lamb prices were easier by €1.00-2.00/head.

Moreover, rams of all breeds were in plentiful supply and sold for €150/head to a top price of €530/head for a Cheviot ram.

There was a large entry of 2,500 sheep on offer at Tullow Mart’s weekly sheep sale on Wednesday last, October 2.

There was a good trade for store lambs; however, heavy lambs struggled to break the €100 mark.

Furthermore, there were over 100 commercial rams on offer. Shearling rams made from €300/head up to €450/head, with good-quality Suffolk, Texel, and Charollais ram prices ranging from €200/head up to €350/head. 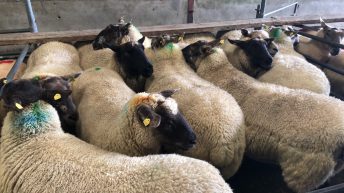 Sheep farmers: Be mindful of the Clean Livestock Policy