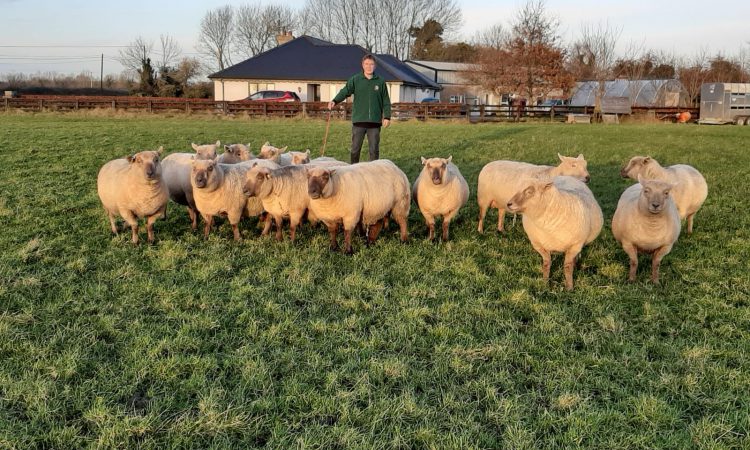 In this week’s Sheep Focus, AgriLand spoke with Ciaran Coughlan from Ferbane in Co. Offaly, who operates a mixed enterprise.

Although the main enterprise is sheep, Ciaran keeps 20-25 head of continental weanling and store cattle – having spent many years operating a dairy calf-to-beef operation before that.

The farm consists of both a pedigree and a commercial flock. In total, there are 40 pedigree ewes and 80 commercial ewes.

Ciaran bought his first pedigree Vendéen ewes in 2003 and since then the flock has grown steadily.

Speaking to AgriLand, Ciaran said: “I’m always looking to try out different things and see where I can make improvements on my farm – whether it is with the pedigree or commercial flock.

“I have come to a stage where I am comfortable with the number of ewes that I have, so instead of expanding I am just going to try and improve on what I have.” 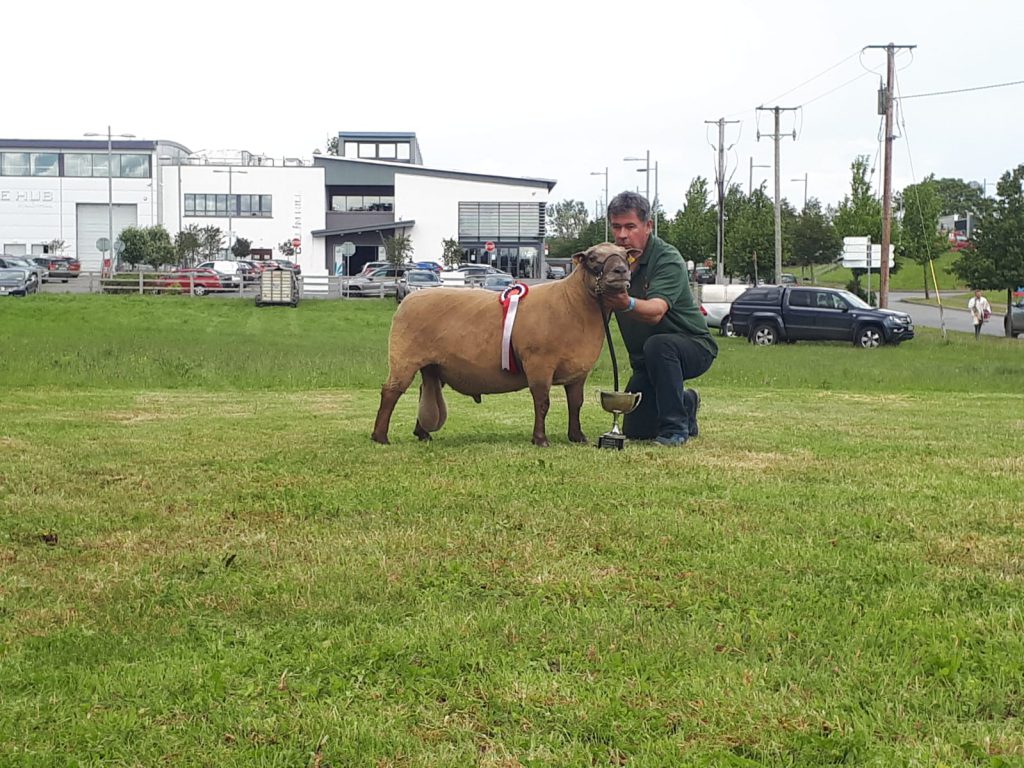 Ciaran splits the lambing season in two – for ease of management. The pedigree flock lamb down just after Christmas. Whereas, the commercial flock lamb down around the first week in March.

In terms of the pedigree flock, Ciaran picks out the best ewe lambs and keeps them for replacements. Similarly, the best 10-15 ram lambs are kept and sold at Vendéen shows and sales.

Up until three years ago, the commercial flock consisted of Suffolk cross Texel ewes; however, over the last few years, he has moved towards incorporating Belclare genetics into the flock.

Again, the best ewe lambs are kept as replacements. These generally tend to be the ewe lambs from the Belclare cross Texel ewes.

All of the ewe and ram lambs that Ciaran feels are not fit for breeding are finished off grass predominately, with some lambs having access to a small amount of concentrates as well.

By the end of June each year, the majority, if not all, of the lambs are sent to the factory.

The farm operates a closed flock, with only rams bought-in from known sources. Ciaran has AI’d his pedigree ewes in the past in an attempt to introduce new bloodlines to his flock. 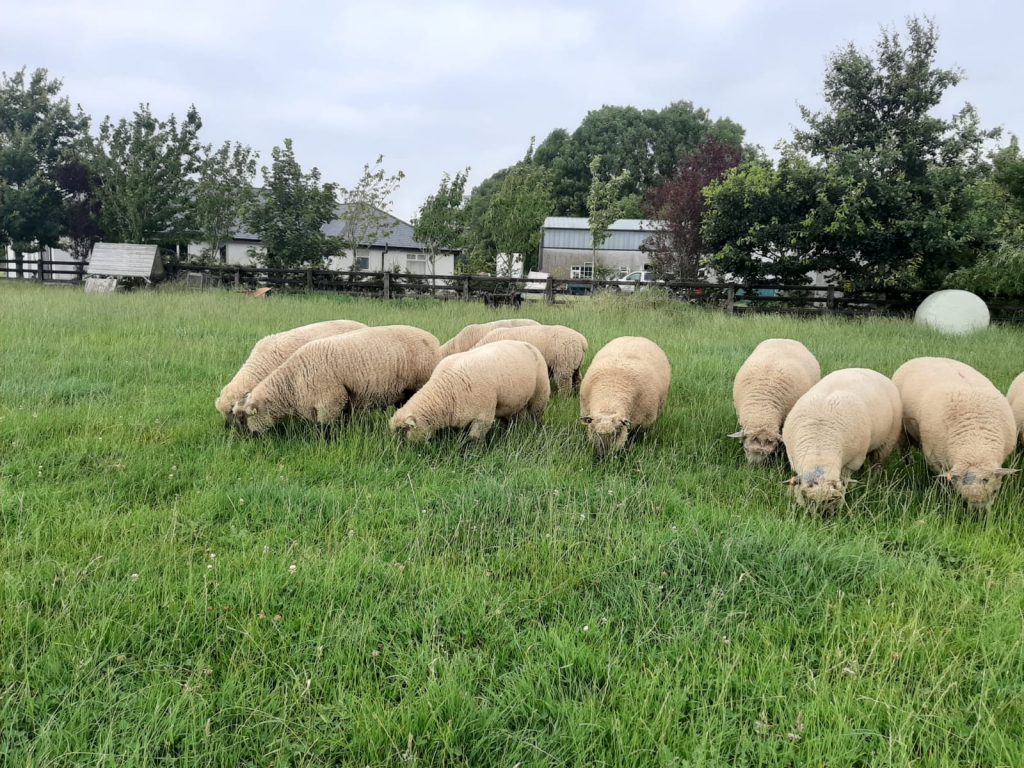 As mentioned already, the Vendéen flock was established in 2003. Ciaran finds they suit his system very well, as he operates both an early and mid-season lambing system on the farm.

He explained: “I like the Vendéen breed for a number of reasons. The pedigree flock lambs down from mid-December until the latter end of January.

“They have a nice cover of wool on them, which I feel makes them suited to withstand harsher conditions, like the ones we have seen over the last few years at springtime.

“They are very prolific as well. I rarely have a single lamb, which is great and overall I find that they produce nice lambs that are easily finished and that kill-out very well in the factory.

“I have reached a number where I am comfortable at – which is 40 ewes. I put a lot of emphasis on taking records to improve the efficiency and profitability of the farm.

I have become much stricter when it comes to culling. In years gone by I would say to myself I’ll give that ewe another year, even though she might have given me trouble at lambing.

“The following year, she would have the exact same problem, so I sort of broke my bad habit and it is starting to reap rewards now.

“By being stricter with culling doesn’t mean I necessarily cull the oldest ewes. That’s another thing I find with the Vendéens, they last quite awhile within the flock without giving any issues.

“I had a ewe that was nine years old and she produced the two finest ram lambs I had this year. Her mouth was still in fairly good nick as well given her age.

“She was a special ewe; I wouldn’t have too many that age. I was hoping that she would have a ewe lamb this year, but I wasn’t in luck.” 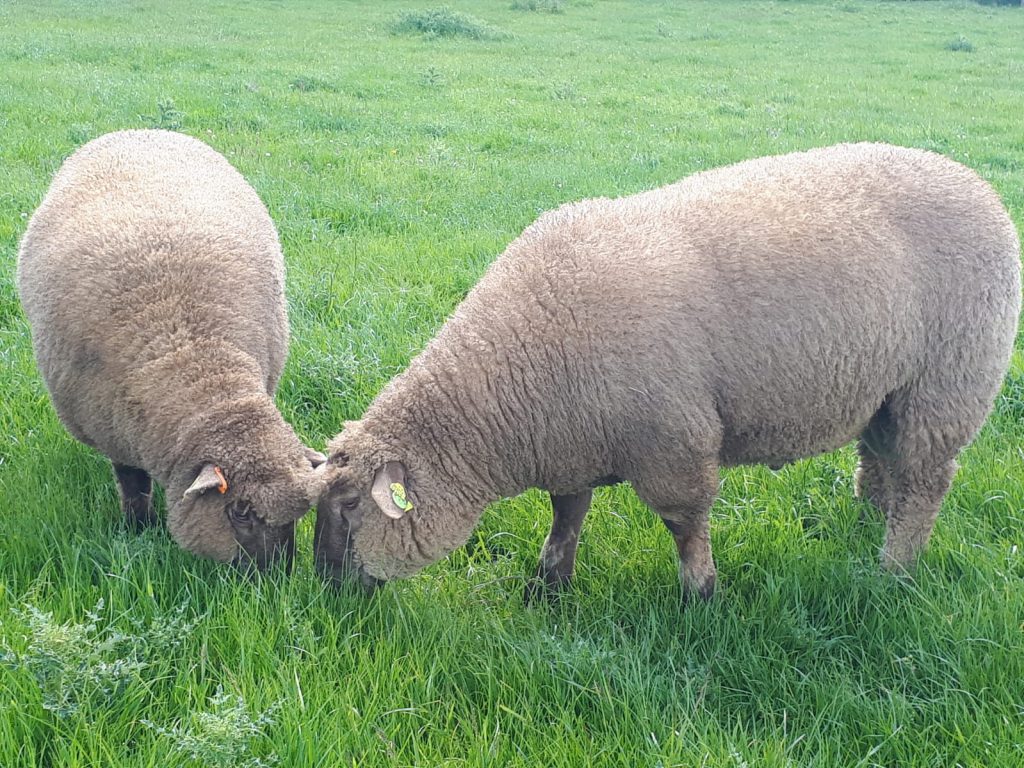 In total, there are 80 ewes in the commercial flock that are made up of a mixture of Suffolk, Texel and Belclare genetics.

The goal is to move away as much as possible from the Suffolks and breed a Belclare cross Texel ewe.

Since making the switch to Belclares three years ago, Ciaran has seen the prolificacy of the flock increase hugely.

He added: “Before with the Texel and Suffolk cross ewes I was scanning on average 1.7 lambs; however, since I introduced the Belclare genetics into the flock, I have seen my scanning average go above 2.0. This year, we scanned 2.2 – which was fantastic.

I don’t have too many triplets either which is a blessing. This year, I only had seven sets of triplets; we mainly have twins off the Belclare cross ewes – which is exactly what I want.

“As well as the prolific side of things, I think that the Belclare ewes are lower maintenance. I find that the Suffolk ewes are a much bigger framed animal and I have noticed since changing up the system, that I have reduced my feed bill slightly.

“I find that the Suffolk ewes, because they are a larger frame, would eat more concentrates and I noticed they would be able to bully the other types of ewes I would have at the trough – due to their sheer size.

“Don’t get me wrong, I’m not knocking the Suffolks. I don’t care what anyone says, you do need a bit of Suffolk in a ewe. They are good milkers and do a great job on rearing lambs; they are just a bit higher maintenance.

“To put it into context, a cow would typically eat more than a weanling would and that’s the way I am looking at it from a sheep point of view, that the Suffolk ewes eat more than maybe a Texel or a Belclare ewe would.” 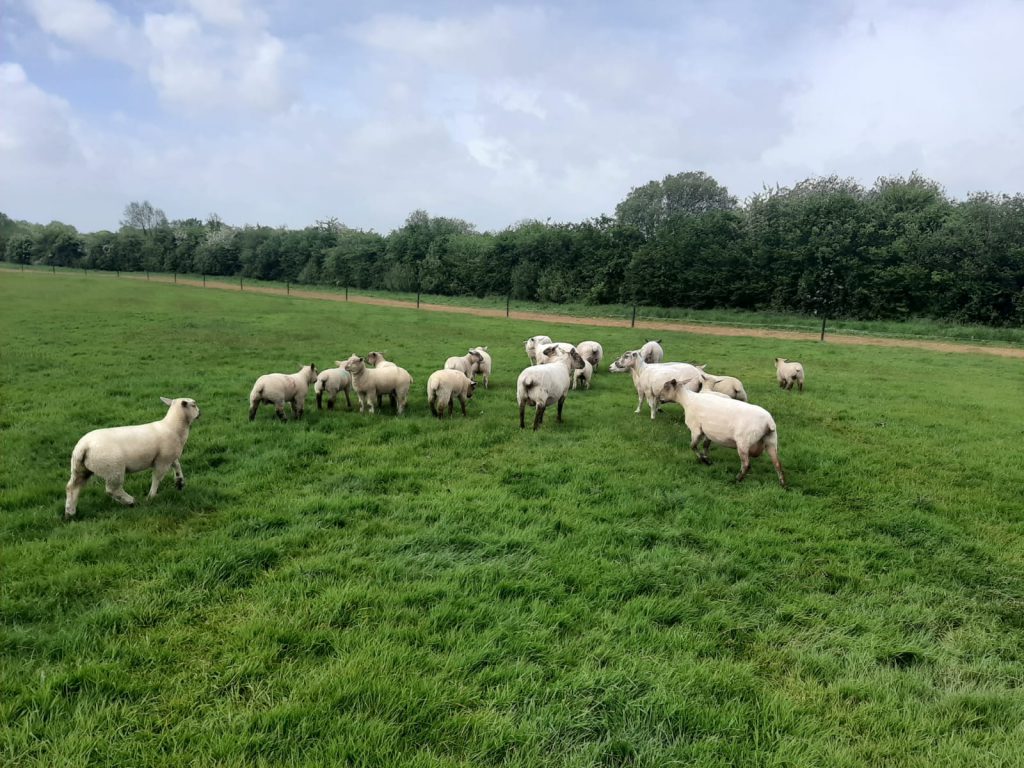 Ciaran believes very much in trying out and testing new ideas, which can be seen from his transformation from Suffolk cross Texel ewes to more of a Belclare cross ewe.

As well as trying out new breeds of sheep, he has decided to sow a Typhon and grass mix on 5ac of ground.

Ciaran explained: “I have heard from other farmers that have sown Typhon that it is a good job for finishing lambs.

I said to myself I’ll try it out. I won’t have any of my lambs by the time it’s ready to graze. So, I’m thinking about buying in about 60 store lambs and testing it out to see how well they do on it.

“I was thinking of buying 30 ewe lambs and 30 wether lambs around August. My reasoning behind this is if factory prices aren’t great we’ll say at Christmas time, then I’ll be able to hold onto them ewe lambs and sell them on as breeding hoggets if I want next year.

“They say you’ll get three grazings off it and then the grass will overtake it. If it goes well, I’ll plant a further 4ac of it next year.”

Ciaran noted that because he is now fully established he can focus solely on producing good-quality animals, whereas before it wasn’t the case.

He is able to back this up after having been nominated for the Sheep Ireland ‘Most Improved LambPlus Flock 2019’ award.

He explained: “Before when you would be starting off you would be trying to get your lambs off the farm as quickly as possible to try and make a few pound and pay off bills.

However, those first lambs that would be sent to the factory would be the best of the bunch in many ways and you would end up having to breed the second-pick lambs – that wouldn’t be as good a quality of sheep.

“Now that I am established, I am able to put away 20-25 nice replacement ewe lambs for the year and not have to worry about having to breed poorer-quality ewe lambs.

“Once you can get established and your cash-flow is a bit better you cant start to focus really on breeding good-quality stock.”

So far this year, Ciaran has earmarked 16 ewe lambs that he intends to keep and breed off in the near future. 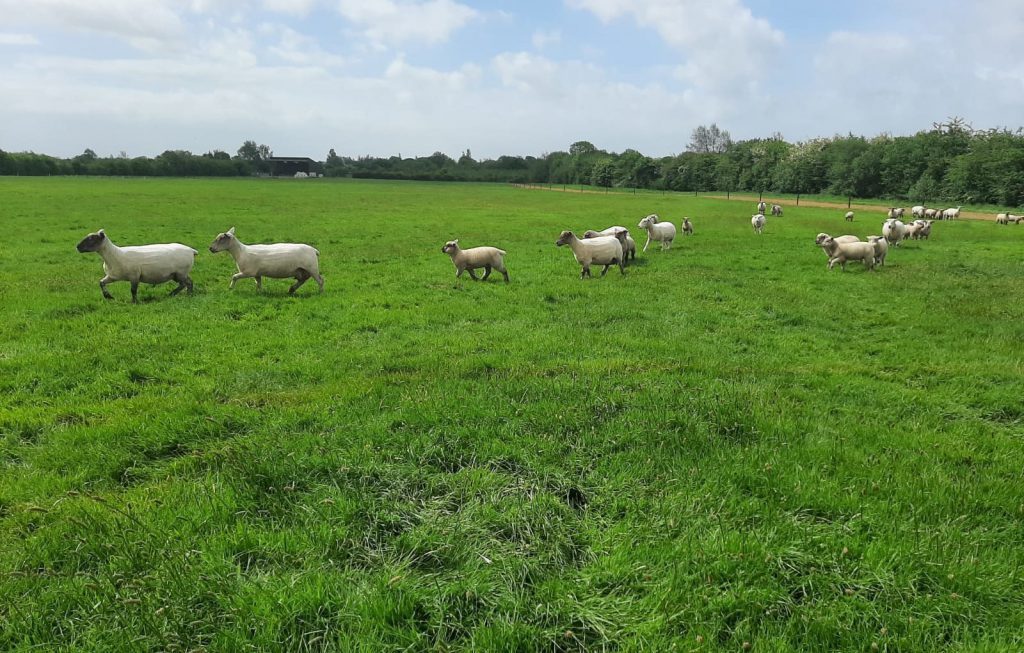 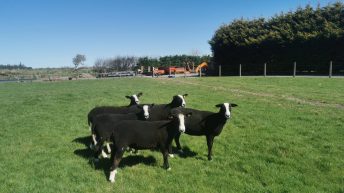