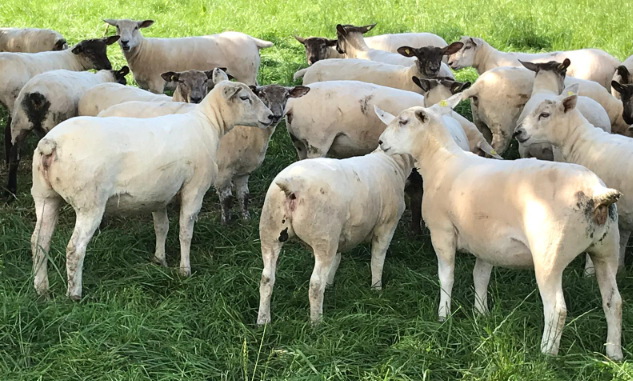 In this sheep focus, AgriLand travelled to Kildalton Agricultural College, in Co. Kilkenny, to see how preparations were going for the breeding season.

The college farm operates a flock of 140 mid-season lambing ewes. In recent years, the flock has been reduced from 220 ewes to 140 ewes.

Since January of this year, Michael Campion – a college lecturer – and Jack Cummins – a sheep technician in Kildalton Agricultural College – have been working closely alongside David Coen of Sheep Ireland to improve the overall performance of the flock and to develop a better system of recording.

Speaking to AgriLand, Michael Campion said: “The aim is to become one of the top sheep flocks in the country.”

Kildalton Agricultural College runs a mixed-grazing system, with cattle and sheep grazing together.

In recent times, the flock was split in two, with lambing taking place in January and March. Furthermore, a mid-season lambing system is operated to suit students who will be going on work placement

For the upcoming breeding season there will be 100 ewes and 40 ewe lambs bred.

“We chose the Belclare breed due to its prolific nature, as well as being a very good producer of milk and ease to maintenance.

“Survivability can be poor so that’s the reason why we cross the Suffolk with the Belclare. The Suffolks are hardy; have fast growth rates; and have good conformation.”

Since January of this year, Kildalton Agricultural College has been working closely with Sheep Ireland to increase the performance of the flock.

Alongside David Coen from Sheep Ireland, Michael and Jack are gradually improving the recording of the flock and building up a database of information using the Sheep Ireland app.

“The aim is to have 4 and 5-star replacement ewe lambs. These ewe lambs would have been twin or triplet lambs from last year. The target is to produce prolific ewe lambs and build up the star rating of the flock over time.”

The flock consists of four mature rams: Suffolk; Vendéen, Texel; and a Belclare.

“Last week, three rams were purchased at the Sheep Ireland Lamb Plus €uro-Star Multi-Breed Ram Sale, where we bought a Suffolk; Belclare ram; and a Charollais.”

Rams have gotten their ‘NCT’. Key areas such as: body condition score (BCS); feet; testicles; and teeth were checked. Having carried this out, Michael and Jack have decided to cull the Suffolk ram. 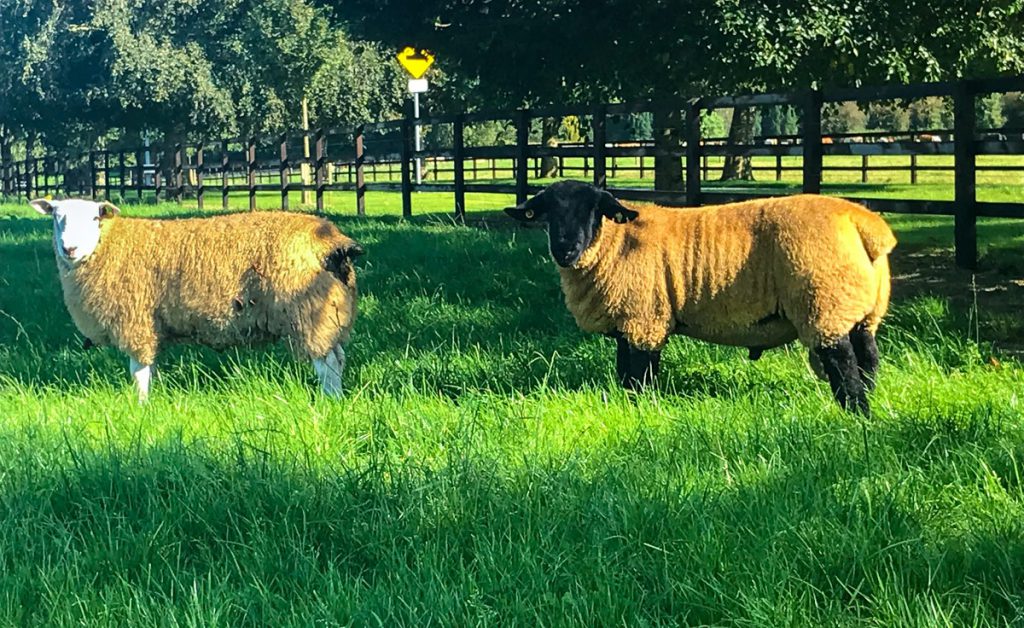 The rams are currently on a grass-based diet for the next three weeks to build up energy with a target BCS score of 3.54.

For the breeding season, rams will be raddled – with each ram being harnessed and given a different colour marker. The reason for this is to identify which ram mated with which ewe.

“We are concentrating on €uro-stars to breed better genetics and increase lamb survivability, which is what we hope these rams will be able to pass onto their offspring.”

The flock consisted of a lot of older ewes; the main problem was there wasn’t enough ewe lamb replacements coming through.

The flock used to consist of 220 ewes. However, over the past two years nearly 50% of the flock has been culled due the loss of rented land. This year, 20% of the ewes were culled, with a large number of ewe lambs drafted in to replace them.

One of the main reasons for culling so many ewes was that they had only 1 and 2 euro-star ratings.

Some ewes were also culled for: missing teeth; previous history of prolapse; and foot problems.

“The aim is to ideally cull ewes on €uro-star ratings rather than physical traits in the future,” Michael added.

There will be 100 ewes synchronised in September – to compact the lambing season into a three-four week period. One ram will serve 10 ewes. The recommended number is 10 ewes per ram if you plan to carry out synchronisation, according to Teagasc.

However, this is the first time sponging will be carried out on the farm, so extra rams have been kept to eliminate the risk of burnout and in case any ram isn’t performing.

“The target is a 70% success rate for sponging ewes. The advantage of sponging is that there is higher multiple births, which will hopefully balance out the cost of it.” 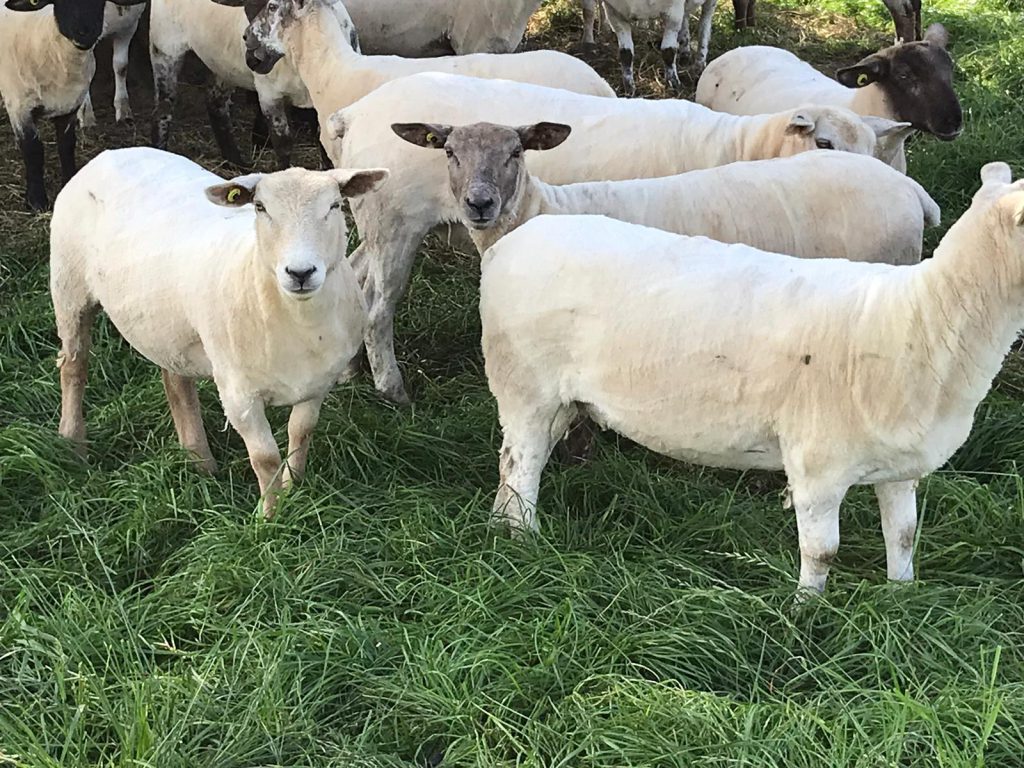 Ewe lambs won’t be sponged, as success rates are much lower. Instead, they will be mated normally, with the lambing period being extended up to six weeks. In essence, the ewe lambs will be lambed down as a second flock.

The aim is to have 70% of the flock lambed down in the first 10 days of the lambing season.

Ewes are going to be housed for the breeding season, with rams servicing ewes indoors – to allow for easier recording of what ewes are bred to which ram. 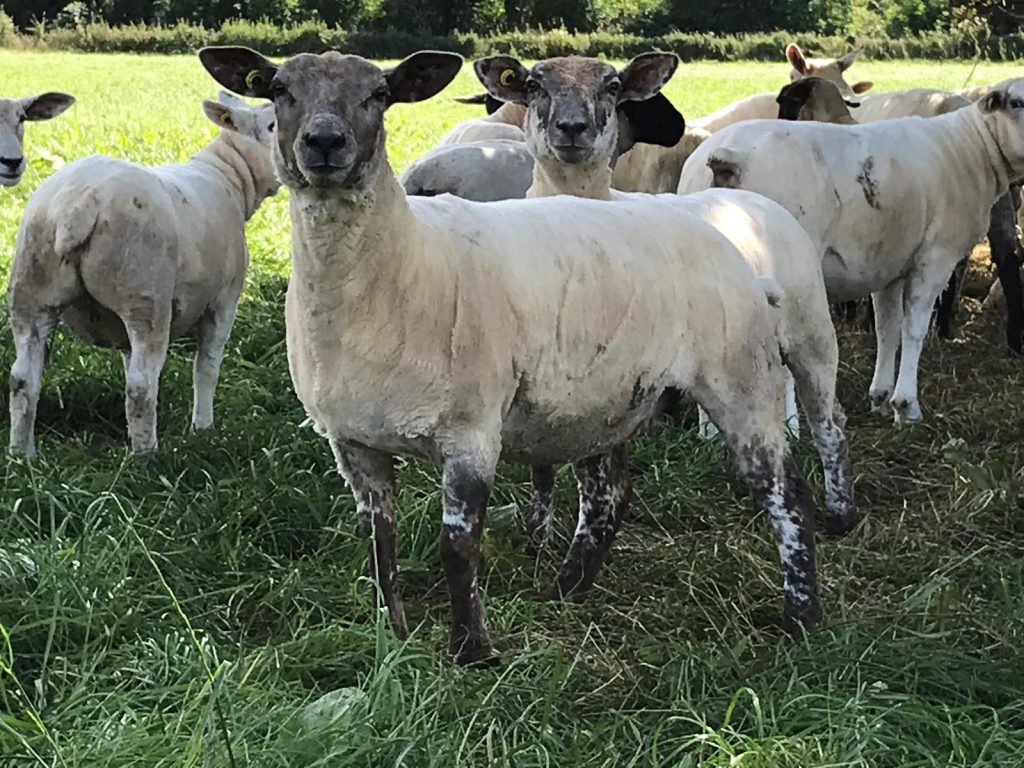 The ewes will be scanned in the second week of December and grouped into singles; twins; and triplets thereafter.

Potentially, they will be sub-divided again in relation to their BCS. Some ewes may require extra feed. Ewes are fed silage and concentrates during the breeding season.

Recently, ewe lambs were shorn to make mating easier. The target weights of the ewe lambs is between 50kg and 60kg.

“Ewe lambs should be 60% of their mature weight at mating. The Vendéen and Charollais rams will be mated with the ewe lambs, while the Suffolk and Belclare ram will be run with the ewes.

“After six weeks if there is still repeats, ewes will be culled, as there is scope to cull a further eight to 10 ewes if required.”

This year at Kildalton Agricultural College, the lambing season was relatively successful. Ewes were scanning 2.0 lambs and weaning 1.69 lambs per ewe joined.

For the upcoming breeding season the aim is to scan 2.1 lambs and push up the weaning rate to 1.8.

The early lambs were killed off the farm at 10 weeks-of-age, while the majority of the lambs were slaughtered in July.

“We regularly weigh our lambs; the aim is to have lambs between 40kg and 45kg and kill out at the 20kg mark (deadweight).

“This year, there was good grass ahead of the lambs. Along with creep feeding, we were able to meet our targets quite quickly.”

Once the ewes are dried off they follow the suckler herd. They graze out the paddocks and replace the need for topping.

The sheep and cattle mix graze for about 10 weeks. Currently, ewes are grazing after-grass to put on condition for the the upcoming breeding season.

This year, we were quite heavily stocked at 2.6 so we tried to move the lambs on as quickly as possible in order to free up grass for ewes to put on condition.

“We were able to make good-quality silage this year, with paddocks taken out to make round bales of silage. The aim is to make silage with a dry matter digestibility of 75% and a dry matter content of 30%.” 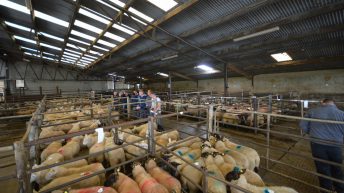